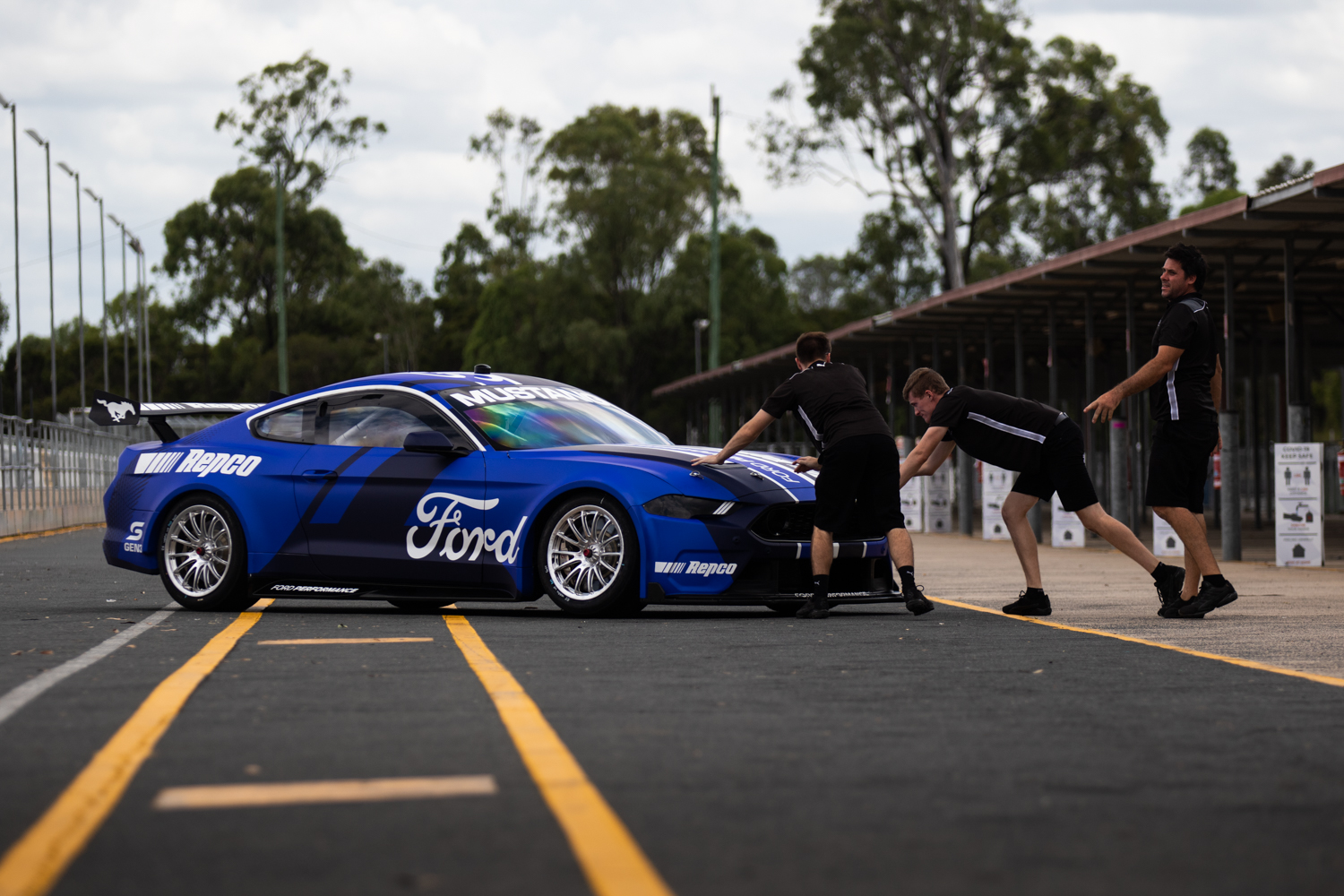 Supercars has pushed testing of its Gen3 prototypes back a week

The second Gen3 test of the year scheduled to take place at Queensland Raceway next week has been postponed, Speedcafe.com can confirm.

Supercars had planned to continue testing the next-generation Ford Mustang and all-new Chevrolet Camaro across January 24-25.

However, the arrival of new parts and further analysis on componentry has seen testing pushed out a week.

“Extra parts continue to arrive and over coming days will be placed in both cars, while extra analysis is being undertaken on key components following this week’s successful testing at QR,” read a statement from Supercars provided to Speedcafe.com.

“For that reason we have decided to push the next round of testing back a week.”

Testing ran relatively trouble-free for the Camaro across the two days, although the Mustang befell a throttle sensor issue that sidelined it for much of Tuesday.

Brown’s team-mate Brodie Kostecki was set to test the Camaro next week while Tickford Racing’s James Courtney and Tim Slade of the Blanchard Racing Team were slated to test the Mustang.

What the change of dates means for the aforementioned drivers Kostecki, Courtney, and Slade remains unclear. It was expected van Gisbergen would also return for his second test.