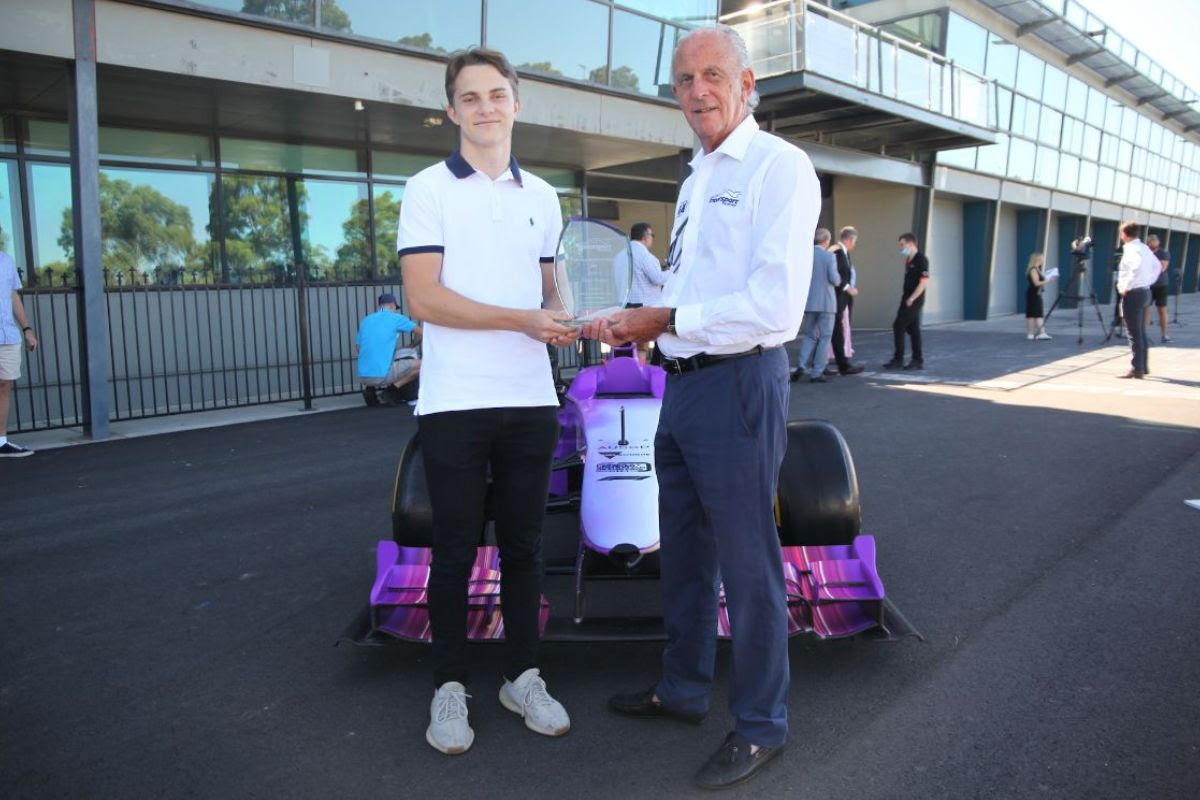 It comes after a year in which he was crowned the FIA Formula 2 Champion and named as an Alpine F1 Team reserve driver for the Formula 1 season ahead.

Piastri not only joins just Will Power as a two-time Sir Jack Brabham Award winner, but becomes the first person to be handed the honour in consecutive years.

It is recognition further of a remarkable progression up the open-wheeler ladder, with the Melburnian having taken out the Formula Renault Eurocup title in 2019 and the FIA Formula 3 Championship in 2020.

He was victorious in six F2 races on the way to that crown last year, after which he received the Anthoine Hubert Award for the category’s Rookie of the Year, FIA Rookie of the Year honours, and the Bruce McLaren Trophy from the British Racing Drivers’ Club.

“I am very honoured to receive this award for the second consecutive year,” said the 20-year-old.

“Obviously the first time was special in itself but to do it again is just incredible.

“A big thank you to the Motorsport Australia Board for choosing me as this year’s Sir Jack Brabham Award recipient – it’s quite special knowing that I am in the rare company of people to have won the award twice, with Will Power being the only other.

“Receiving the award is certainly a nice way to cap off a year where I won the Formula 2 Championship as well as other awards like the FIA Rookie of the Year and Bruce McLaren award.

“While it might not directly compare to the thrill of winning races or the championship title, I’m still very appreciative of these awards because they are linked to my success and are a nice bonus for all my hard work.

“As for my on-track performances, I was amazed that I went back-to-back with Formula Renault and Formula 3, but to win each of top three junior categories was amazing – you really couldn’t have written the script of the past three years any better.

“I have had my time to celebrate but now I am fully focused on a big 2022 and I feel like I am peaking at the right time.”

The Sir Jack Brabham Award is named in honour of Australia’s first, and thus far only multi-time, F1 world champion.

“To win this award once is a very special feat but to win it twice is a remarkable achievement and Oscar is a highly deserving recipient of the 2021 Sir Jack Brabham Award,” said Fraser.

“Oscar is a once-in-a-generation driver and not many individuals come close to experiencing the sort of success this young man has accumulated over the years.

“I wish him all the best for his year as Alpine’s F1 Reserve Driver and hopefully we will be seeing him in the FIA Formula 1 World Championship sooner rather than later.”

Westacott remarked, “Oscar Piastri has proven to be an incredibly talented driver and I congratulate him on being awarded the Sir Jack Brabham Award for the second time.

He added, “It’s a true testament to how skilled Oscar is behind the wheel, and I cannot wait to see what lies ahead for him in Formula 1.”