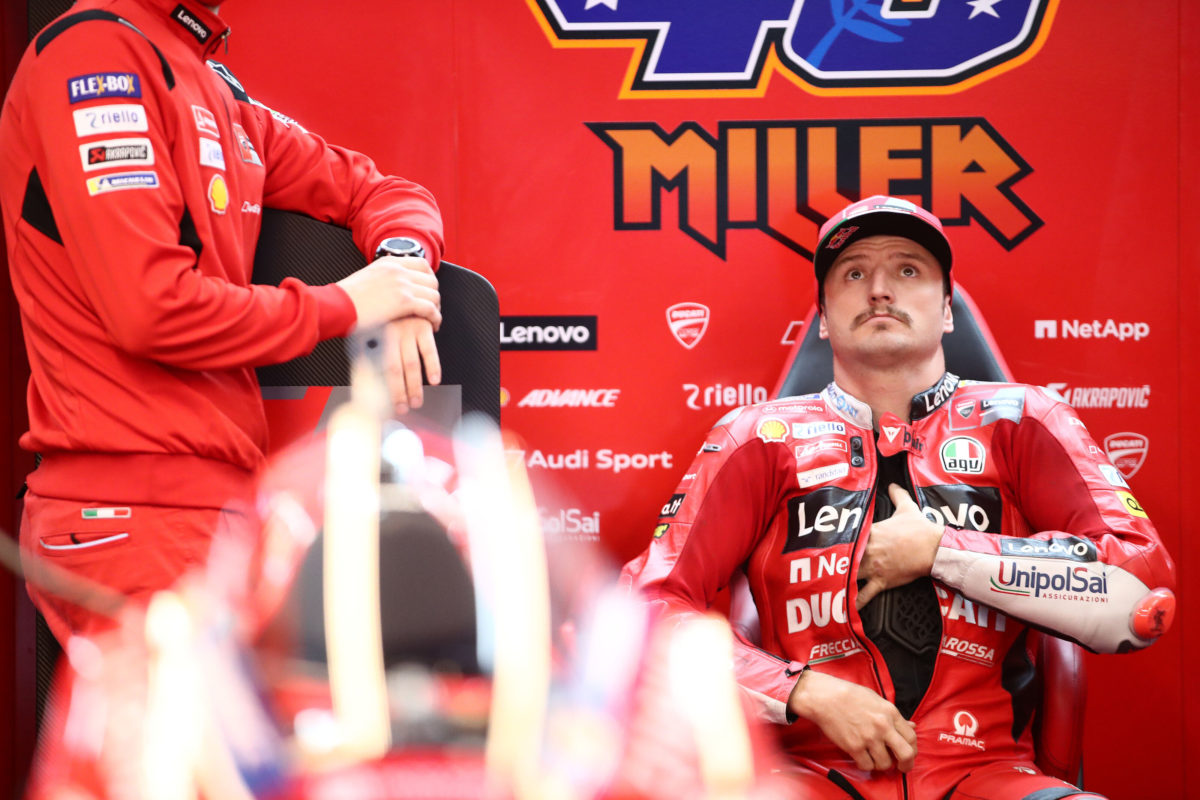 The Australian insists he is “doing fine”, being asymptomatic, and can continue training at the family farm in North Queensland.

However, without the ability to travel, he will be unable to attend the season launch which Ducati is holding online on January 28 (local time).

Miller’s pre-season testing commitments begin on February 5-6 when the full field is supposed to be in action at Malaysia’s Sepang International Circuit.

That makes for a tight timeline given the 14-day incubation period for COVID-19, although one which the three-time MotoGP race winner should be just able to meet.

Based on Queensland Government rules, he may leave isolation in seven days or less, assuming he has not had a fever and “acute respiratory symptoms” for the preceding 48 hours.

According to the federal government’s Smart Traveller website, those going to Malaysia must present evidence of a PCR test taken 48 hours before their flight.

MotoGP organisers have also devised their own testing and bubble procedures for crews who will be working at the pre-season tests.

“Unfortunately, as you can tell, I’m still here at home in Australia due to testing positive for corona[virus],” Miller announced on social media a short time ago.

“So, I’m currently unable to travel and will miss the team presentation.

“I just want to let you all know that I’m doing fine – no symptoms – still able to continue on with my training and whatnot here on the farm, but just unable to travel at this point in time.

“So, just want to say we’re missing you all and can’t wait to see you all very soon.”

I could only dodge it for so long before it jumped up and bit me! 😂 However, we’re all good and healthy in 🇦🇺 until I can travel soon as, looking forward to being back with the @ducaticorse team! 🤟 pic.twitter.com/ik17O6R17O

Miller is about to embark on his second season with the factory Ducati squad, again with Francesco Bagnaia as team-mate.

He will be one of two Australians in the field, with Remy Gardner tackling rookie season in MotoGP with Tech3 Factory Racing.

Gardner is one of multiple riders under a fitness cloud, having undergone surgery this week after fracturing a wrist in a training crash.

Meanwhile, the Repsol Honda Team’s Marc Marquez is on the road to recovery after a training crash of his own in October last year left him with double vision.

He has not yet been confirmed as taking part in the Sepang test, but did ride a Honda Supersport bike at Aragon in the last 24 hours.