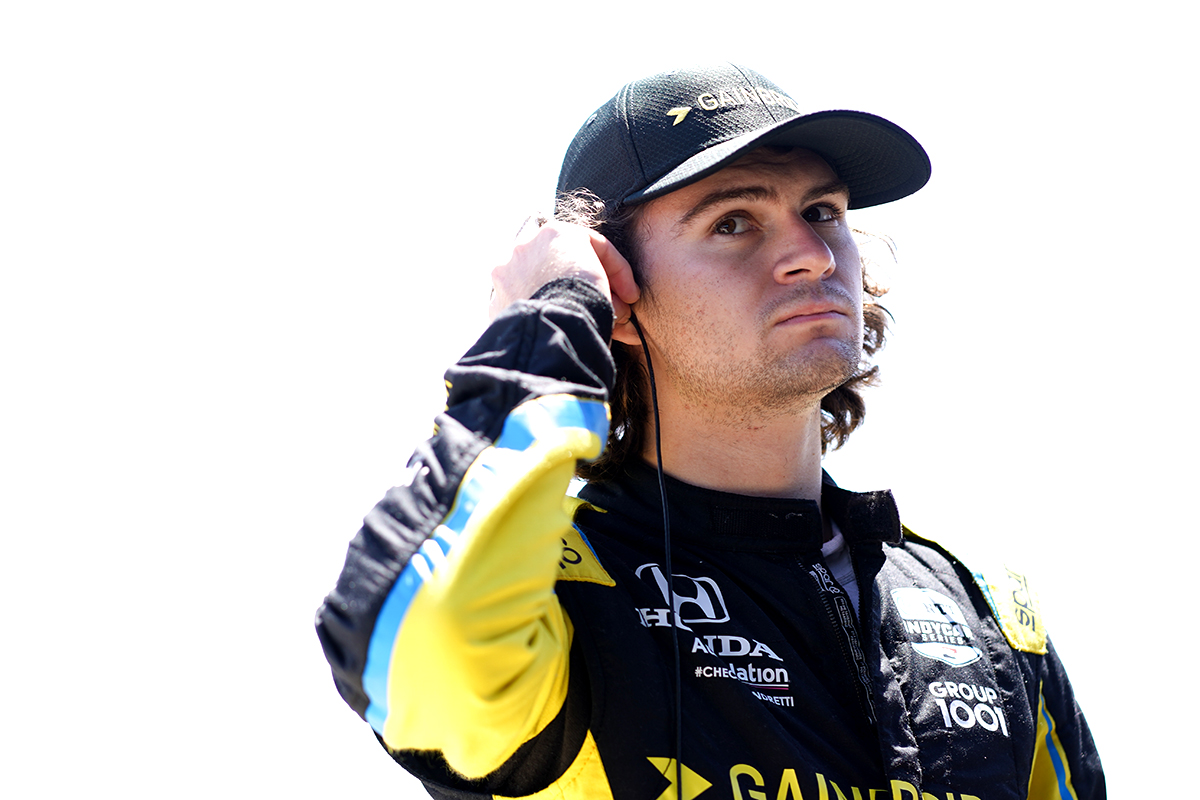 Colton Herta says he’s not disappointed he missed out on a Formula 1 berth but admits the time is right if an opportunity presents itself.

That led to speculation Herta might make the move across from IndyCar to Formula 1, though that was ultimately scuppered when talks of a sale fell over.

This year, the 21-year-old will once again compete in IndyCar under the Andretti Autosport banner.

Although not unhappy to still be racing in IndyCar, Herta said he’s the right age to make the move to Formula 1 – which remains a goal of his.

“You know, I’d be lying if I said I didn’t want to do Formula 1, and I want to do a lot of stuff in my career, but a lot of it’s also… needs certain timing,” said Herta.

“Formula 1 is one of those things. If you’re 28, you’re not going to Formula 1 unfortunately. That’s just how it works.

“The time is right for me if I got the opportunity. I’d have to have a good think about it, but I most likely would do it because I want to run in Formula 1 at some point.

“That’s not to say, I think people forget that I’m 21 years old, and I can’t come back in five years and still run 15 years in IndyCar and be 40.

“Yeah, I definitely want to give it a crack if I get the opportunity. But definitely not disappointed at all in IndyCar.

“I like this series more than any series in the world, and I enjoy racing in it a lot. But yeah, there’s just a lot of stuff that I’d like to try in my racing career outside of IndyCar, also.”

Herta heads into the 2022 IndyCar Series season off the back of a strong end to his 2021 campaign.

The Californian driver won the final two races of last year on his way to fifth in the drivers’ standings.

That marked a downturn on his 2020 result where he was third behind Scott Dixon and Josef Newgarden.

Herta has regularly been a contender for wins, podiums, and pole positions, although a title has remained elusive.

Asked whether there was added pressure to succeed in 2022, Herta replied, “No, because I’m 21, so I think I have plenty of time.

“But I do want to win it [the title] earlier rather than later. I don’t feel the pressure from that aspect.