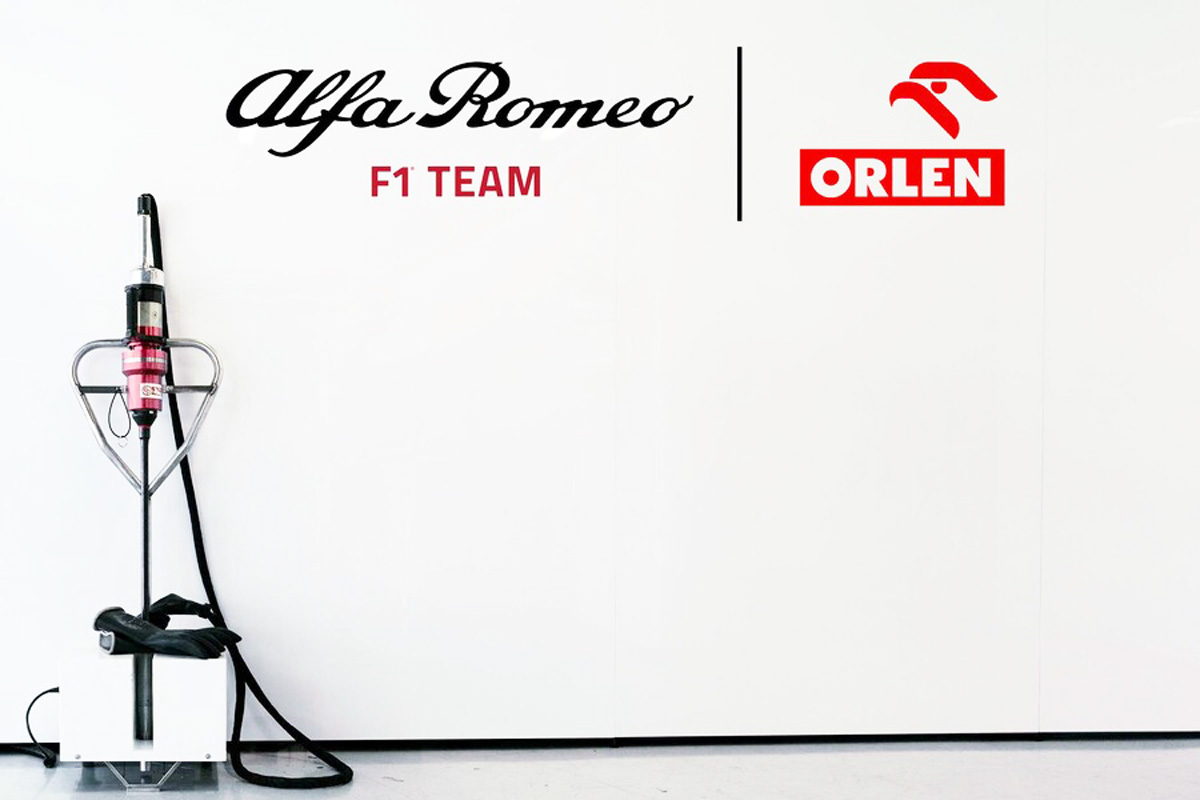 The Formula 1 team formerly known as Sauber has unveiled its latest name tweak.

The Hinwil squad has confirmed it will now officially be known as the Alfa Romeo F1 Team Orlen, a change from the Alfa Romeo Racing Orlen moniker it ran under last year.

A new logo has also been adopted, as will a change of tack on the naming of its chassis. It last year ran the C41, which powered it to ninth in the constructors’ championship with Kimi Raikkonen and Antonio Giovinazzi as its drivers.

“The new brand identity is officially live and will be seen in action for the first time at the first pre-season test in Barcelona, late next month,” confirmed a team statement.

“The launch of an updated name represents a new approach for the team, just as the sport enters a brave new era with its new regulations, while at the same time preserving the links to the recent past: it’s an identity that conveys a strong statement of commitment from the team’s title partners, Alfa Romeo and ORLEN, which remain with the team in long-term relationships and continue to push the team forward.

“The addition of “F1 Team” to the name is a particular badge of honour for Alfa Romeo F1 Team ORLEN: it represents inclusion in one of the most exclusive clubs in the world, one of just ten outfits in the world entitled to use this prestigious moniker.

“It also reflects the strong racing DNA of both Sauber and Alfa Romeo, and the history these brands embody.

“The changes will also be reflected in the chassis name officially submitted to the FIA; this will change from Alfa Romeo Racing to Alfa Romeo, a further alignment by the team with one of the most historical marques in the world of motorsport.

“With this new team and logo, a new, exciting line-up and a new car ready to be unveiled, Alfa Romeo F1 Team ORLEN is ready for the new season.”

The earliest confirmed reveal date of a 2022 F1 car is February 10, being Aston Martin.