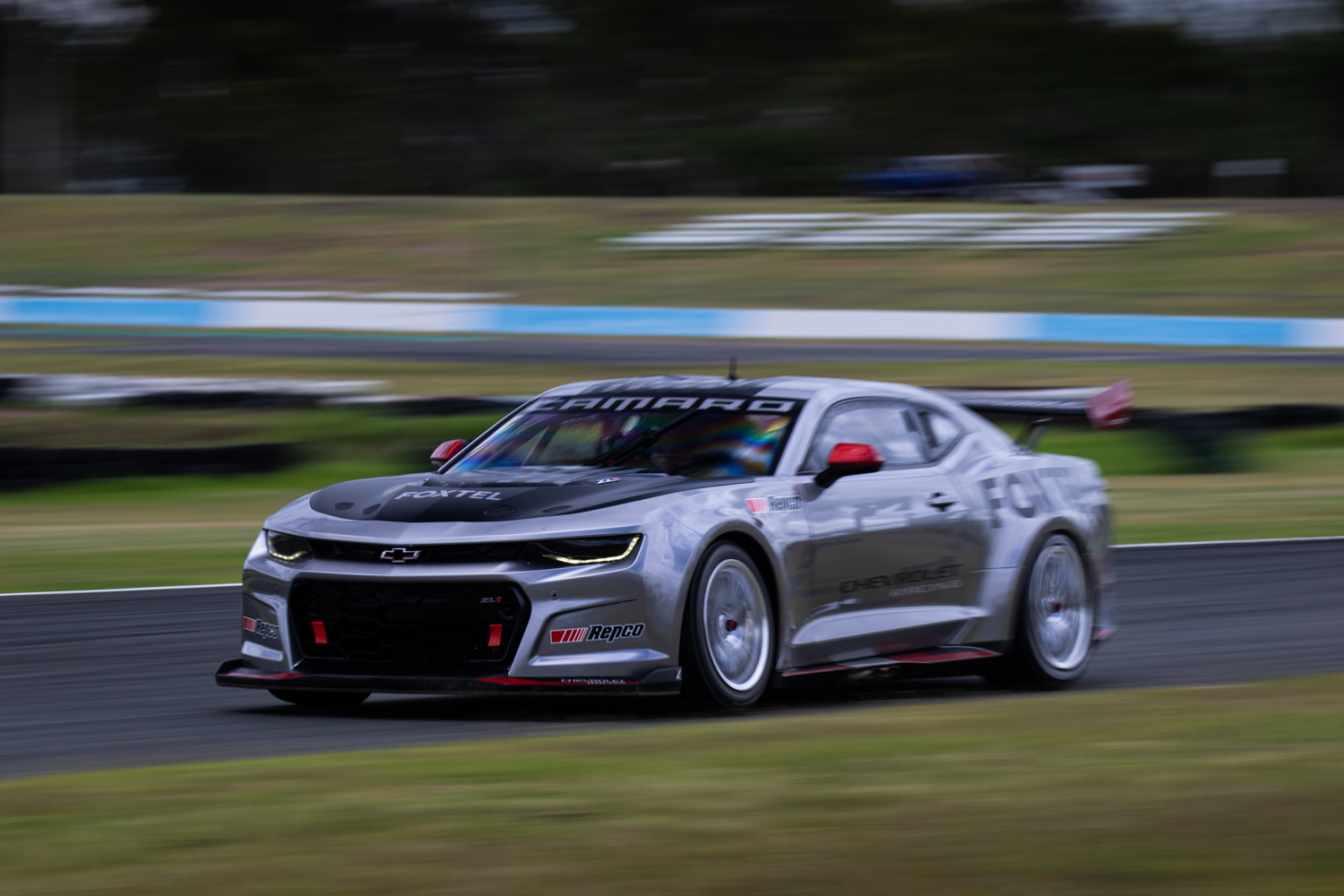 Shane van Gisbergen cut his first laps in anger on Monday while Will Brown sampled the car on Tuesday. Broc Feeney, meanwhile, attended both days.

All three drivers found the Gen3 prototype tricky to drive.

That’s courtesy of a significant downforce reduction relative to the Gen2 predecessors.

Speaking with Speedcafe.com, Moore said the drivers have to take a different approach.

“You’ve really got to look after the rear tyres,” Moore explained.

“It burns tyres up. You can’t just roll through the speed with the higher downforce car. You really have to stop it, turn it, get on the throttle, and be really precise on your throttle application.

“That’s what you want to hear. You want to hear the drivers having to focus more on their millimetres of throttle pedal, steering angle.

“We’re definitely hearing what we want to hear; challenging for the drivers and basically giving more to them. More strength, more power to them in terms of the outcome, not all just engineers in the background – not that it is now, but just giving a bit more emphasis on driver talent.”

This week’s two-day test marked the first major outing for the Mustang and Camaro since last year’s shakedown at Queensland Raceway and showcase at the Bathurst 1000.

New componentry made its way onto both cars, notably the addition of anti-roll bars.

“Now we’ve got roll bars in the car, we’ve got the springs we think are more conducive to what we’ll be running, and we’ve got some more parts on the car.

“The main objective of these two tests is getting a lot of mileage. So far, going pretty smoothly, lots of miles. Running pretty faultlessly. Now just going through the programme to make sure the guys are comfortable and the car does what it needs to do.

“It’s really just making sure the car is working fine. We haven’t had any major issues. Realistically, it’s not having too many issues on this side of the fence. Just going through the mileage.

“The front suspension is new, so we’re learning the adjustments of what they do, and making sure they do what they should. Aesthetically, little to nothing on the Camaro will change between now and the start of 2023.

Under the skin, a few modifications are expected or on the table.

Still, there’s uncertainty around whether Supercars will run with paddle shift or a manual shift.

Paddock chatter regarding the technical complexity of paddle shift has cast some doubt on the introduction of the new set-up.

That, said Moore, would have a knock-on effect to the engine configuration.

“Obviously we know about the gear shifter thing,” he said.

“That probably knocks on a few other effects with the engine. Really, once we know what’s happening there, that will change a few things.

“I’d say, probably 90 percent there. We’ve got the car on the track, it’s a prototype, so they can still make some changes to make it more reliable.

“It’ll ramp up into more mileage when we’ve got all of the components on the car locked down in terms of technical specification, it’s in the window of making sure it’s doing what it should, balance roughly where it needs to be, and then putting more ks on the car just to make sure it’s reliable come 2023.”

Testing will continue next week with another two-day test at Queensland Raceway.