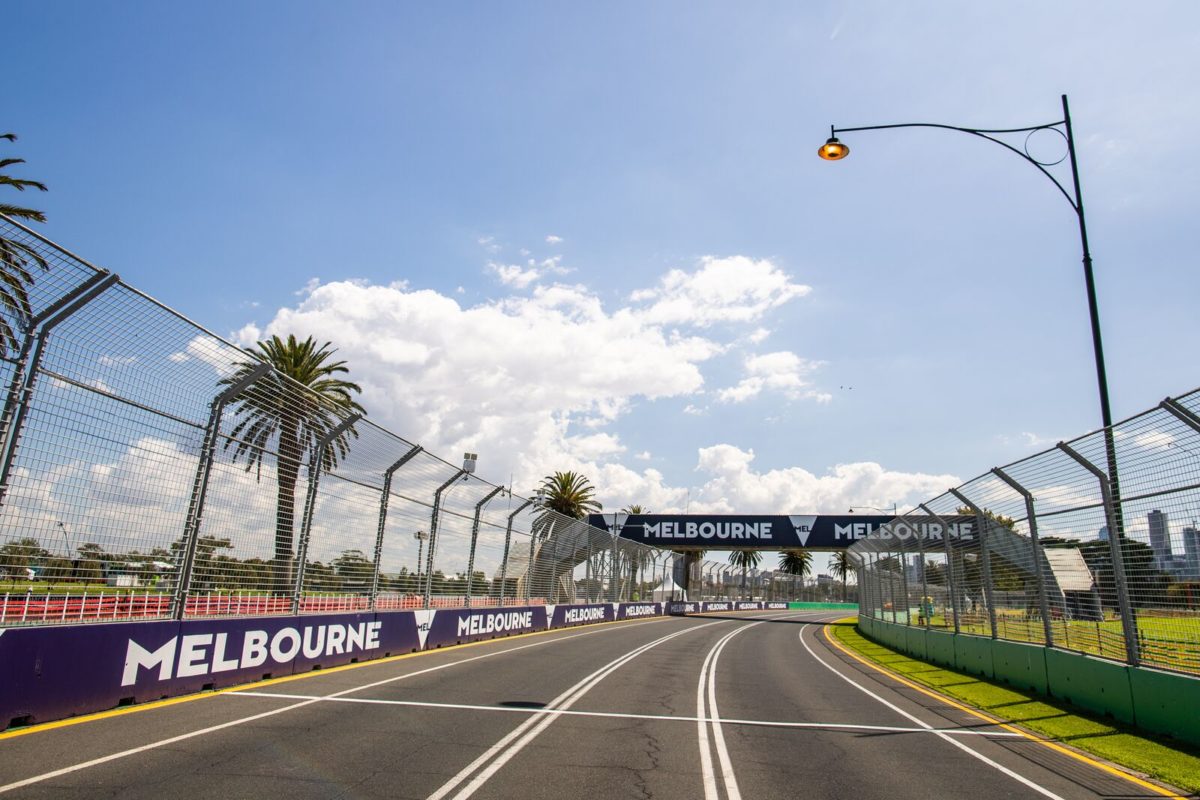 Commitments from the Victorian Government and Formula 1 are set to all but ensure this year’s Australian Grand Prix goes ahead as planned.

Melbourne is set to host Round 3 of the 2022 season from April 7-10 following two years without an event.

In 2020 it was called off just hours prior to F1 taking to the Albert Park circuit, while in 2021 the race was first postponed from March to November before being replaced by the Qatar Grand Prix.

On both occasions, the event’s fate was tied to the COVID-19 pandemic.

For this year, however, there is a desire from both local government and the sport itself to see Australia return to the calendar.

“We’ve got a commitment from the Victorian Government, that the event’s going ahead,” Australian Grand Prix Corporation boss Andrew Westacott told Speedcafe.com.

“We’ve got a commitment from Formula 1 that they’re coming here for Round 3.

“We’re selling tickets like hotcakes, and we’re 80 days away from the event.

“So everything is happening, everything is getting ready, and [I] can’t wait to host the best drivers in the world, in new cars, on a new track.”

While considerations regarding the virus remains, organisers are anticipating a ‘normal’ event.

That includes free movement around the precinct, with areas set up celebrating different regions of Victoria as part of an expanded off-track offering.

“But having said that, what I say is we’ll be anything but normal – we’re going to have all new cars on track, we’ve got new entertainment and music across the four days,” Westacott explained.

“There will be the need for everyone to be vigilant from a safety point of view and for attendees to be 100 percent vaxed, but we’re in a massive park, it’s predominantly outdoors, and we’ve been starved for major events.

“So we’re working with the government to make sure that everything we do allows us to have maximum crowds.”

With ticket sales forcing the addition of new grandstands, Westacott confirmed that the prospect of running this year’s grand prix behind closed doors has not even been considered.

“I am not even contemplating that,” he said when asked of the chance the race could be held behind closed doors amid another outbreak.

“You look at the current rates of cases and so on, I think we’re beyond doing those sorts of things behind closed doors.

“There’s been no evidence of any event throughout the country where you’re having to do that without crowds,” he added.

“That’s not even on our radar, it’s not even been discussed, whereas last year, and the year before, that was often the norm.

“That’s not even a consideration at the moment and I don’t think ever will be.”

In the unlikely event the grand prix is cancelled, or runs behind closed doors, fans would be assured of a full refund.

“They always have the safeguard that, because we’re a government underwritten event, that, if God forbid, anything did happen, they get their money back,” Westacott confirmed.

As revealed by Speedcafe.com last October, Supercars will again headline the support programme along with Porsche Carrera Cup Australia, and S5000.

This year’s Australian Grand Prix will be the third round of the Formula 1 season and runs across the April 7-10 weekend.