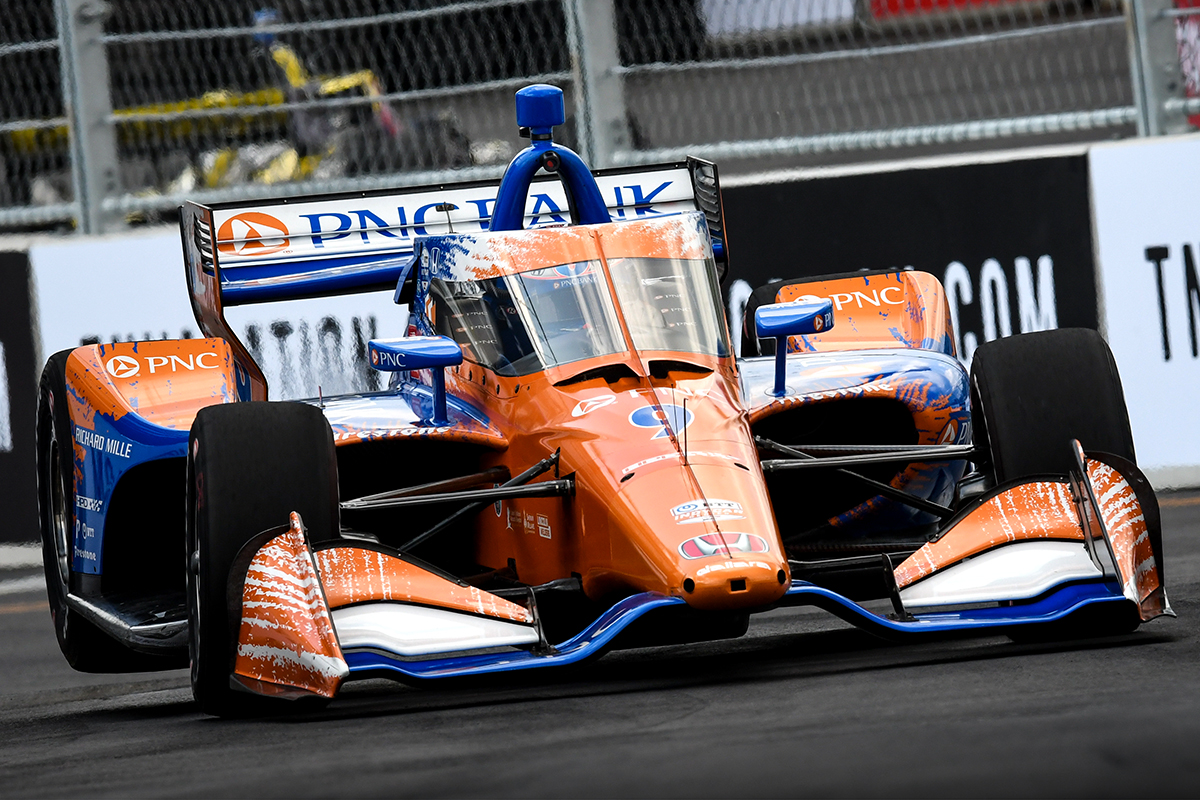 Veteran IndyCar Series drivers Scott Dixon and Will Power have implored the category to find a way to lighten the next-generation single-seater.

Since its introduction in 2012, the current IndyCar Series chassis dubbed DW12 by Dallara has fundamentally remained unchanged – notwithstanding a few aerodynamic updates.

The most notable change to the chassis structure was the addition of an aeroscreen developed by the series and Red Bull Advanced Technologies.

It’s expected to put the power units in the vicinity of 1000hp. However, with more power comes more weight with the addition of the hybrid system.

The rollout of the next-generation engine package will be followed by a new chassis.

When that might happen is yet to be determined. IndyCar Series CEO Jay Frye indicated late last year that 2024 would be the absolute earliest that could occur.

Dixon, who has won four titles of his six in the DW12 era, lamented the car’s weak points, but conceded the safety additions which have made it heavy were necessary.

“Yeah, you know, I would say the IndyCar right now is more of a junior category car,” said the Chip Ganassi Racing driver.

“But I think the reason for some of the weight gains have been a huge safety situation such as the aeroscreen and things like that, which those are no-brainers.

“I think you’re seeing a lot of formulas kind of going down that road at the moment just in the way that the technology is shifting.

“We’re maybe not as quick I’d say maybe on a chassis development or upgrading – we’ve had the same car since 2012, I believe, now.

“That will change in due course,” he said, noting the introduction of a new chassis.

“But the big focus right now is the introduction of the hybrid system, new engines from the manufacturers, and those are big shifts.”

“I think the car is too heavy,” he said.

“I think once they add that hybrid thing, it’s too much. Too much.

“It already was with the windscreen. It’s become less and less nimble.

“They’ve got to find a way to lose some weight out of the car.”

Dixon expects the new engine package could prove challenging for the series from a safety point of view as the cars get heavier and speeds stay the same.

“That will definitely make the car wildly different to drive.

“Firestone is always working to get better performance out of their tyres, and we’ve seen that in some off-season testing with some other drivers. So it is constantly evolving.

“The weight thing is probably something that’s at the forefront because the cars are getting heavy, and I think that becomes a safety issue at some point just because the speeds are staying pretty similar.

“I think the counter sides that we’ve had of introducing the safety implements have been far outweighing.

“In due course the series is always working extremely hard to make the sport better and the competition better.

“I don’t think there’s any formula in the world that is as competitive as what we have in IndyCar right now, and they’re making it better.

“It’s all on the right road, and there will be some things that they correct in the next few years, as well.”