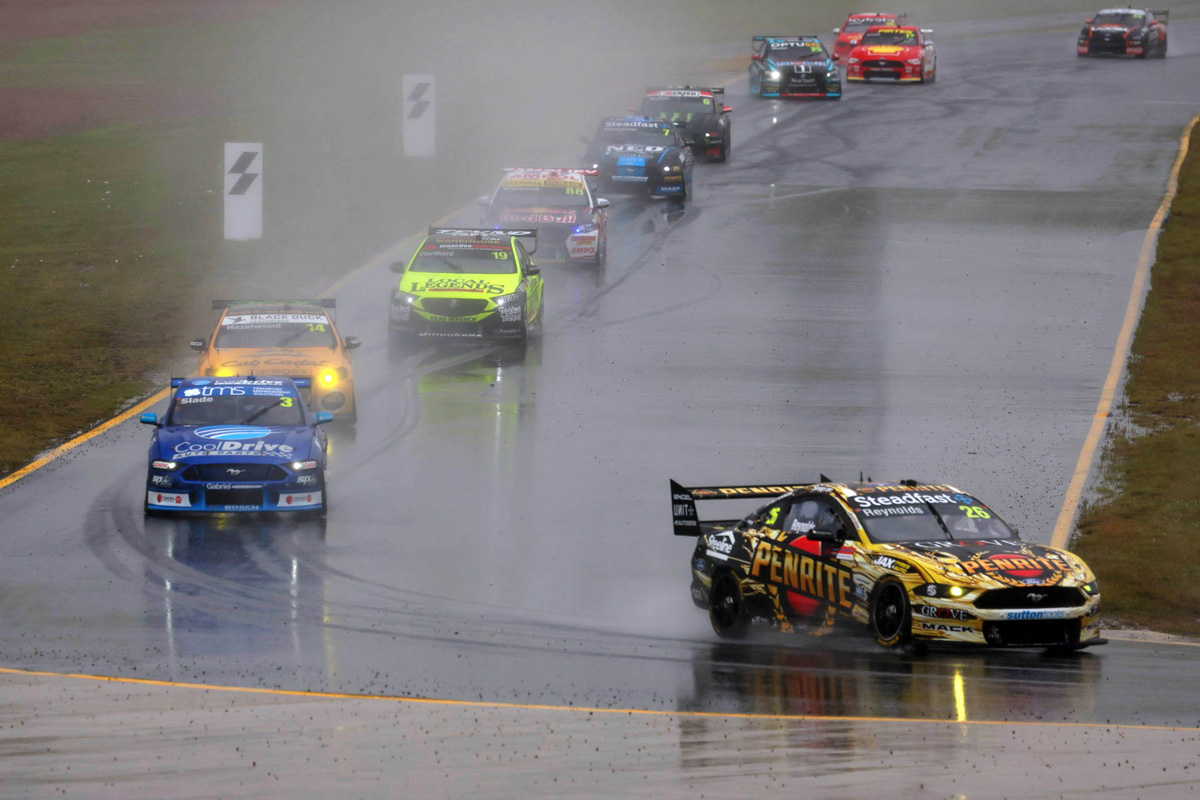 David Reynolds believes the wet-weather pace of his #26 Penrite Racing Mustang throughout last year has given Grove Racing a clear indication of what to focus on for the 2022 Repco Supercars Championship.

Both of the team’s Fords made a habit of roaring to life any time the heavens opened, with Reynolds scoring a podium at Sandown and Andre Heimgartner winning from pole at The Bend.

Reynolds also qualified third in the wet for the penultimate race of the season, at Sydney Motorsport Park, which ultimately never got underway.

Outside of that, there were times when what was then Kelly Grove Racing languished towards the rear, including locking out the back-row at Hidden Valley Raceway, with performance abandoning them in the dry.

To do that, far greater consistency will be required to allow Reynolds and new team-mate Lee Holdsworth to feature in the top half of the field circuit-to-circuit.

“There’s still a lot to understand and improve on,” Reynolds told Speedcafe.com.

“We were very fast in the wet, any time it rained we were super fast, so that probably gives a bit of an indication of what we’re doing that’s probably wrong in the dry.

“The problem is, you just don’t race that much in the wet.”

Reynolds became something of a Bathurst specialist during his five years at Erebus Motorsport, winning the Great Race in 2017, and allowing him to see where his new team needs to improve to be more competitive at The Mountain.

“Yeah, you have your targeted areas of the track where you need to maximise max speed,” he said of Bathurst.

“I don’t know, just nothing seemed to work really well for us the whole week. Like we had a pretty flawless race where nothing went horribly wrong or anything… but we ended up 11th”.

Reynolds had held 14th in the 2021 championship prior to missing two SMP rounds, leaving to wind up 18th overall.