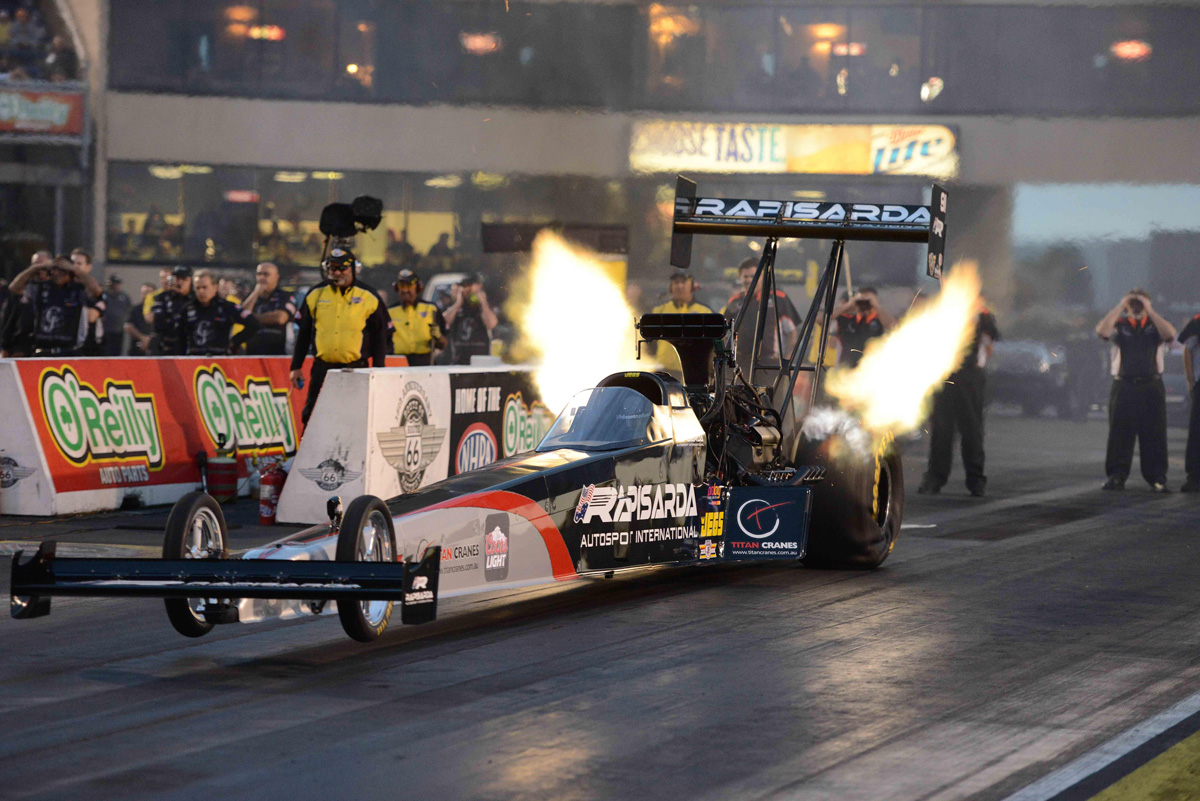 Larry Dixon will be in action for Rapisarda Autosport International

Sydney Dragway comes alive to the thunder of nitro this Friday and Saturday as the Burson Auto Parts Australian Top Fuel Championship hits the strip for the first time in 2022.

Two massive days and nights of quarter-mile action will each culminate in the fastest accelerating cars on the planet – Top Fuel Dragsters.

Five of Australia’s top drivers will be joined by American drag racing star Larry Dixon in taking to the strip five times in an all-run format.

Up against some of the most experienced drivers in the country, Olive will have it all to do this Friday and Saturday, particularly as his competition now includes one of the sport’s most decorated dragster pilots.

Announced Tuesday morning to his global Top Fuel fanbase, Dixon was excited about the opportunity to return to racing on Aussie soil. “I’ve got great news. I’m headed down under to race this weekend at Sydney Dragway for the Burson Auto Parts Australian Top Fuel Championship,” he said.

“It’ll be great to catch up with my mates at Team Rapisarda, so make sure you come to Sydney Dragway and catch me this Friday and Saturday.”

Joining Top Fuel are more than 120 race teams including the fastest sedans in the country – Pro Mod – whose 4000-plus horsepower turbocharged engines accelerate them to over 400km/h in less than six seconds, and Top Bike – nitro-fuelled dare devils on two wheels.

Also on show will be the backflipping FMX antics of Freestyle Kings, party tunes from a live DJ, a fireworks spectacle, slideways shenanigans of Drift Racing Industries, as well as some of the toughest blown burnout beasts around who will close out the Saturday horsepower party.

Tickets for Round 1 of the Burson Auto Parts Australian Top Fuel Championship are available now.