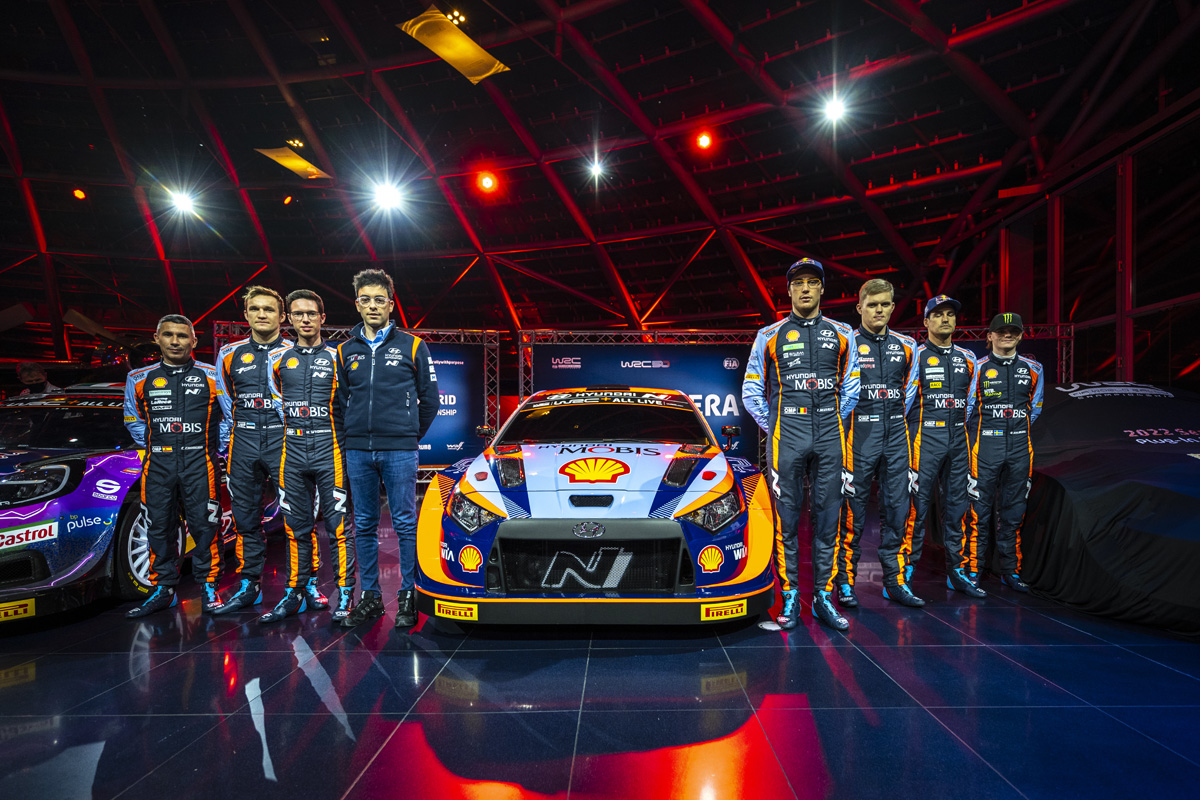 Hyundai Motorsport at the WRC launch at the Hangar-7 in Salzburg, Austria on January 15, 2022

Contrary to the lack of noise heard in a category like Formula E, the WRC sound has if anything been improved, according to Solberg.

“These cars are awesome. They sound better than ever and are very fast,” said the son of 2003 world champion Petter Solberg.

“I certainly feel good in the Hyundai i20 N Rally1, and it’s quite enjoyable with that extra bit of power.”

The 20-year-old will split time in Hyundai’s third car with Sordo, a 51-time WRC podium finisher.

“For me, it will be a very special year because of the new hybrid era,” said the 38-year-old Spaniard.

“There are many new elements to consider so it will be a big challenge for everybody.

“The cars will be really nice with the performance – and fast, which we have already seen in testing.

“The fans can already see and hear from some testing videos that the sound of the car is amazing too.

“I think it will be a ‘proper’ year of WRC. I am particularly excited to be sharing the third car with Oliver, and to work with all my team-mates.

“They are like a family to me, and I really want to push to have the best results we can to take back the manufacturers’ championship.”

Solberg will kick off his maiden campaign with a factory outfit by taking the wheel for Rallye Monte-Carlo, starting Thursday (local time).

“The main thing for me is to have a consistent year,” he said.

“It’s a learning curve. I am still very young, so it is good for me to work with the other drivers who have a wealth of experience. I feel ready to step up.”

For the third straight year, Hyundai’s driver roster will be spearheaded by 2019 champion Ott Tanak and five-time runner-up Thierry Neuville.