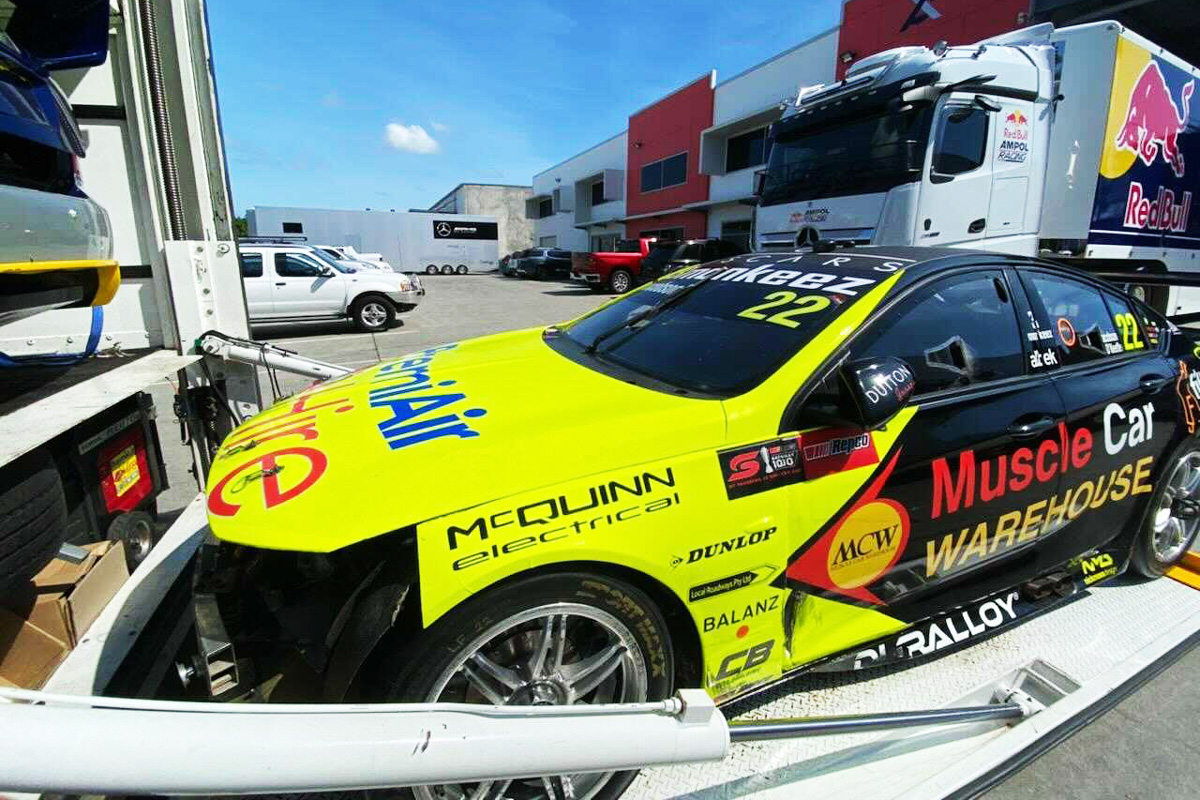 New Supercars team owner Peter Xiberras has wasted little time in putting his money where his mouth is, securing major upgrades to his PremiAir Racing cars.

Xiberras last week purchased the former Team Sydney squad, whose two ZB Commodores will continue to be used in the 2022 Repco Supercars Championship before Gen3 arrives next year.

The title-winning drag racer has promised to invest the necessary money and effort to get the squad moving forward, and yesterday took the first step towards doing so by sending his cars to Triple Eight Race Engineering for a refurb.

Team Sydney’s cars did get a ‘birthday’ during the extended mid-season break last year, but Xiberras has declared this visit to Banyo will be far more significant.

“They are basically going to get a ground-up rebuild,” he told Speedcafe.com.

“The cars have been probably running some older technology. I’m not going to go into what upgrades there’ll be, but basically when the cars leave Triple Eight, they will have the latest and greatest Triple Eight upgrades.

“So, the cars will be on par with the two current Triple Eight cars that roll out as well.”

While the Supercars world awaits details such as who will drive for the team, Xiberras believes his immediate investment should be taken as a positive sign for what’s to come.

“It shows we are being serious about our racing and we’re going to pour the funds in,” he added.

“The cars that I give to the drivers and to the engineers are the best I can do.

“I can’t do any better because it’s the best that’s around.”

Among other details known thus far about PremiAir Racing is that the squad will ditch the divisive highlighter yellow look that Team Sydney had adopted.