Marquez to step up MotoGP comeback bid after track day

Marquez to step up MotoGP comeback bid after track day 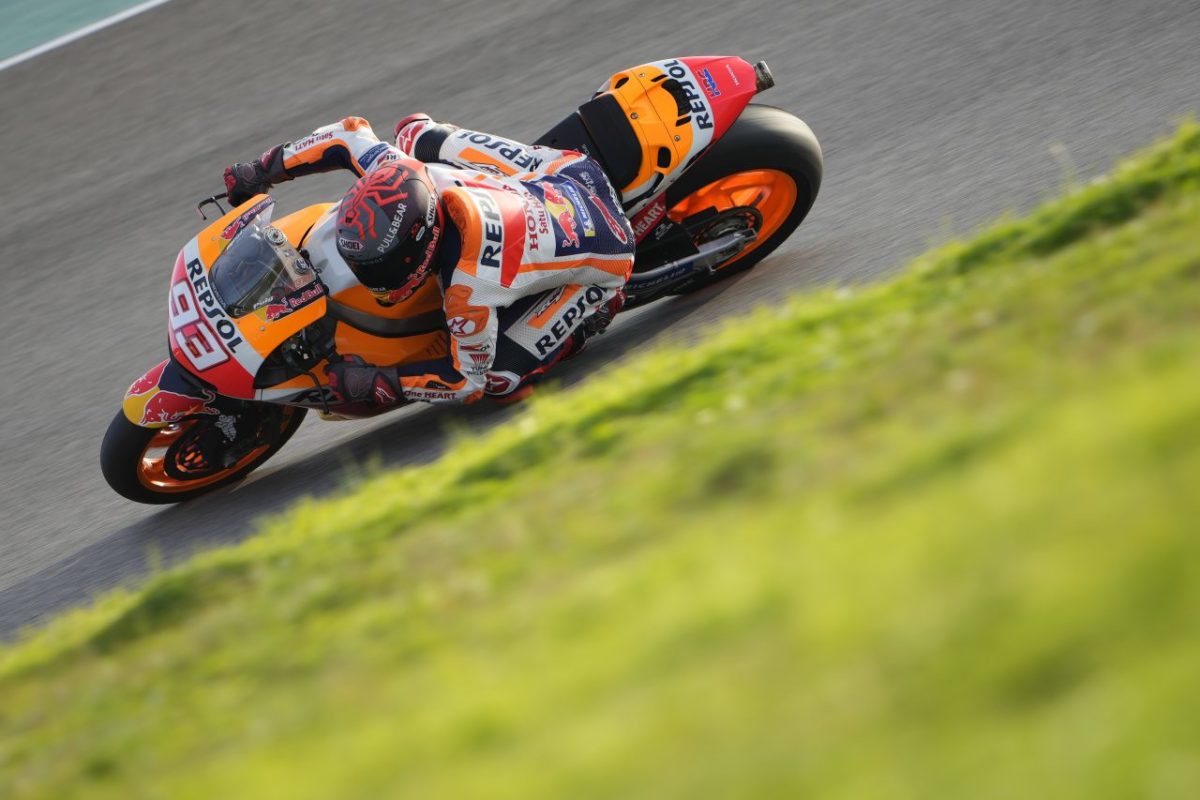 MotoGP champion Marc Marquez will “intensify” his physical training after a promising track day to test how his recovery from an eye injury is progressing.

Marquez saddled up on the roadgoing equivalent of his Honda MotoGP bike for a day of riding at the Portimao circuit on Sunday, the latest milestone on his comeback trail.

That outing came after he was granted permission to ride a motocross bike around a week earlier, due to a “clear improvement” in his vision.

The 28-year-old had subsequently explained that doctors wanted to see how he coped physically with a day at a grand prix circuit before they clear him to partake in the first Official Test of 2022, at Sepang on February 5-6.

His involvement in that test has not yet been confirmed, but the Repsol Honda Team has advised that he “reported no major concerns with his diplopia” (double vision) during the track day.

Marquez will therefore step up his physical training in a bid to be fit for those two days of riding at the Malaysian Grand Prix circuit in just over a fortnight from now.

“I am feeling very happy, first to be back on a bike at the track and also because we were able to confirm the sensations I had on a motocross bike here with the road bike,” said the six-time world champion in a statement issued by the factory Honda squad.

“It’s a great feeling, a feeling of relief because when I was riding, I didn’t have any discomfort with my vision.

“Since I haven’t ridden in so long, I did notice some physical areas where I’m missing a little bit but this is just because I have not been able to have my usual pre-season.

“There’s a margin to improve but the positive and the fundamental takeaway from this test was to reconfirm the feeling we had when we first got on the motocross bike and to enjoy the good feeling of speed.

“I have completed an intense day of riding with long runs, I am very happy with the results.

“We have two weeks until testing begins in Sepang so I will take the opportunity to intensify my physical preparation and train on the bike.”

According to his team, Marquez notched up a total of 65 laps, the equivalent of 2.6 Portuguese Grand Prix races, on the RC213V-S at Portimao.

The RC213V-S is the same model of motorcycle which he rode last year ahead of his eventual return from a badly broken arm, sustained in the 2020 Spanish Grand Prix.

Notwithstanding the positive appraisal of his condition after the latest Portimao ride, this campaign will be the fourth in a row which #93 will begin at less than full fitness.

He had surgery on his left shoulder ahead of the 2019 season, got the right done ahead of the 2020 season, and missed the first two rounds of 2021 after an infection and pseudarthrosis prolonged his lay-off following the infamous Jerez crash.

Despite struggling physically once he did return to competition last year, Marquez won three races in that period, at the Sachsenring, Circuit of The Americas, and Misano.

The latter circuit is nowadays clockwise, with victory there on October 24 a particularly welcome achievement for the Catalan given he was predominantly leaning onto the weakened side of his body when cornering.

However, it was only around a week after that Emilia Romagna Grand Prix when Marquez came off a motocross bike while training, causing injury to the same eye nerve as he did when he crashed in a Moto2 session in 2011.

The spill left him with double vision, forcing him out of the final two rounds of 2021, but he looks to have avoided surgery this time around.