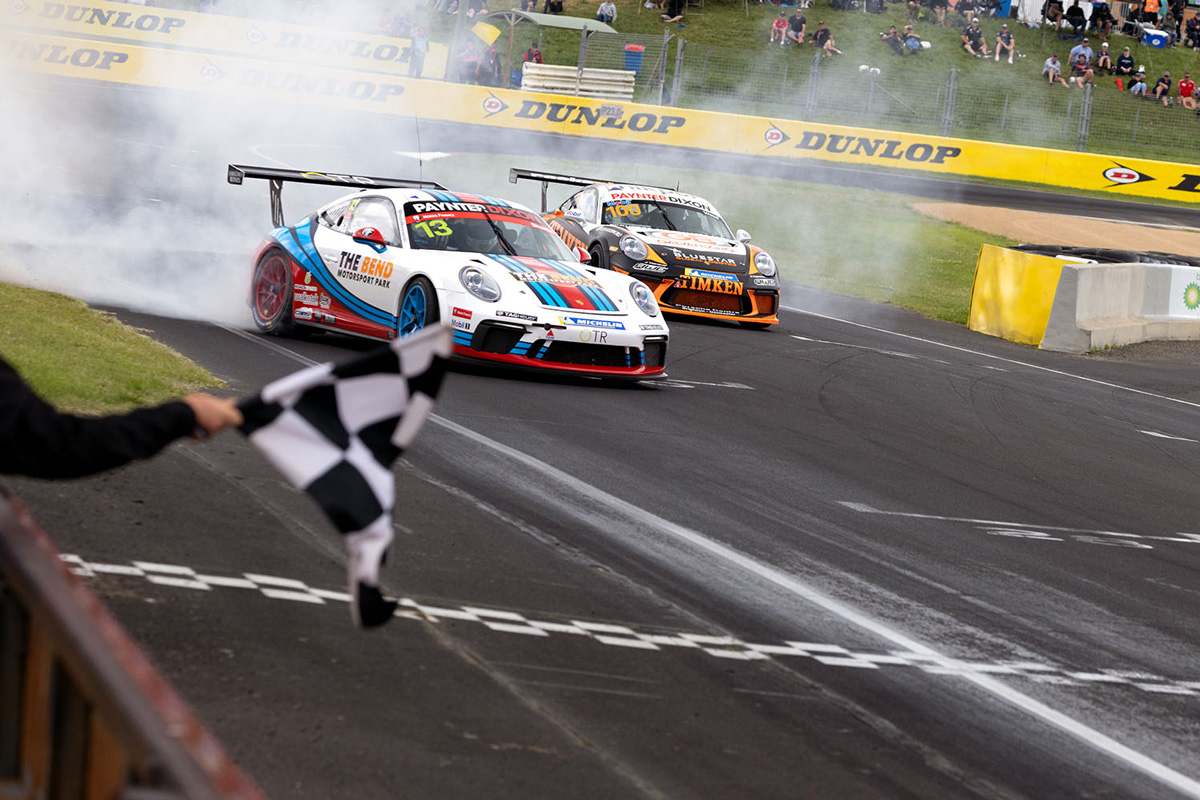 While Cameron Hill clinched the Pro crown in relatively comfortable fashion at Bathurst – especially once it became clear the season finale at The Bend would not proceed – the Pro-Am battle went down to the wire.

In fact, whoever of Sam Shahin or Geoff Emery finished ahead in the fourth and final Mount Panorama race last month would take the overall honours.

In a grandstand finish, Emery made a last-lap, last-corner lunge on a slowing Shahin to cross the finish line first as the latter spun exiting Murray’s Corner.

Speedcafe.com has since learnt that Emery was slapped with a five-second post-race time penalty by Motorsport Australia stewards, relegating him back behind Shahin.

It’s understood, after analysing telemetry, it was ruled Emery was not in control of his Porsche and did not provide Shahin with sufficient racing room.

Emery subsequently took the matter to a Court of Appeal, where the stewards’ decision was upheld.

He is then believed to have taken the matter further, making a submission to the Australian Motorsport Appeal Court.

That submission is now being considered, with a determination to come on whether the case will be heard or dismissed.

The deadline on that decision has been extended until late January following the Christmas holidays.

As a reward, both the 2021 Pro and Pro-Am title winners were to be loaned a Porsche Taycan for the duration of this year.