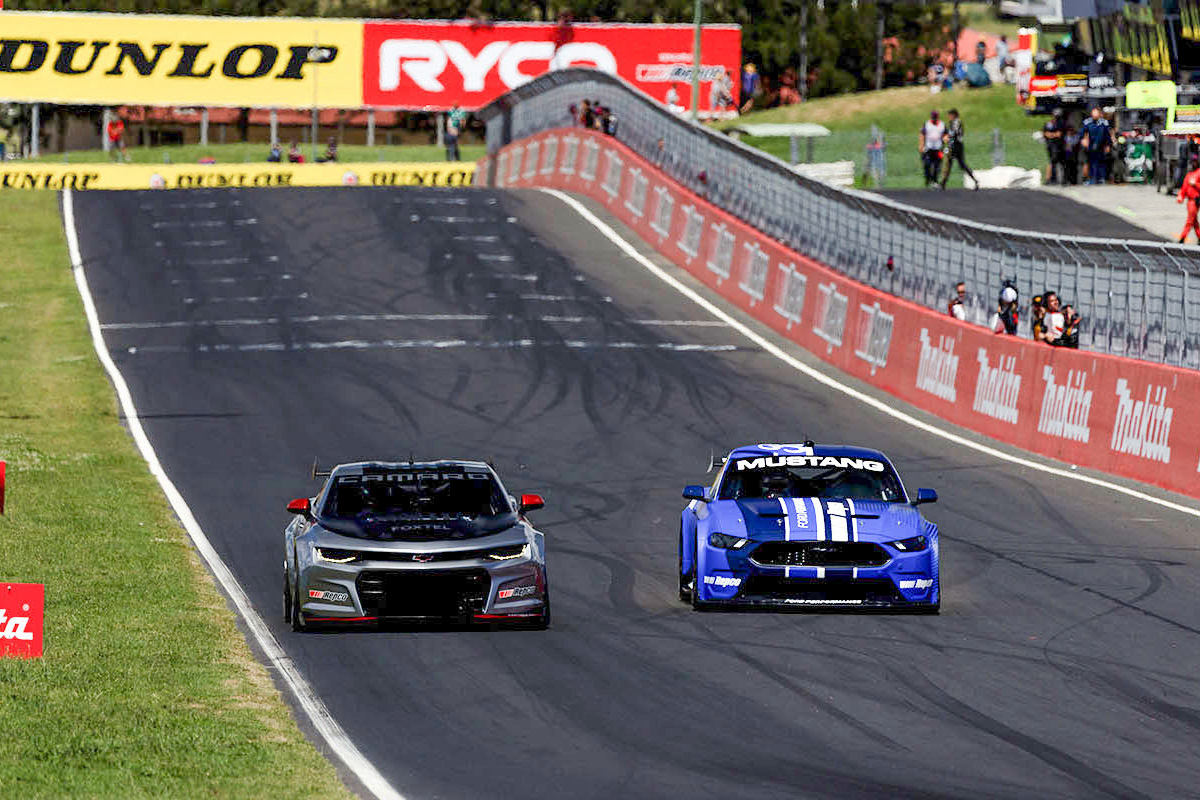 Supercars head of motorsport Adrian Burgess says the Gen3 prototypes will be able to complete more representative running today than when they turned demonstration laps at the 2021 Bathurst 1000.

Although it’s been a short turnaround since the Great Race – not to mention a delayed return home for Queensland-based staff, and then Christmas holidays – it will be an updated Mustang and Camaro that hits the track at Queensland Raceway today.

“Externally they will look identical but under the skin there’s a few more parts that have arrived,” Burgess told Speedcafe.com.

“Some of the suspension and some of the mechanical parts that we didn’t actually have on the cars at Bathurst have now arrived.

“It’s still not 100 percent finished, we’re still missing a few bits, but nothing that’s going to stop us actually running and do some more meaningful testing now.

“Every time we go to a test day, the car will have refinements and revisions added to them that we need to make.

“So, are the cars 100 percent as we want them at the moment? No, they’re certainly not, but they’re a lot closer than they were last year when we demoed the car in Bathurst.”

One example is the addition of anti-rollbars.

“We had the cars pretty much on the stiffest springs we had available [at Bathurst] because we didn’t have any anti-rollbar systems in the car,” said Burgess, who confirmed a decision has yet to be finalised on the controversial gear stick versus paddle shift debate.

“So now we’ll soften the springs a little bit because we have got rollbars in the car.” 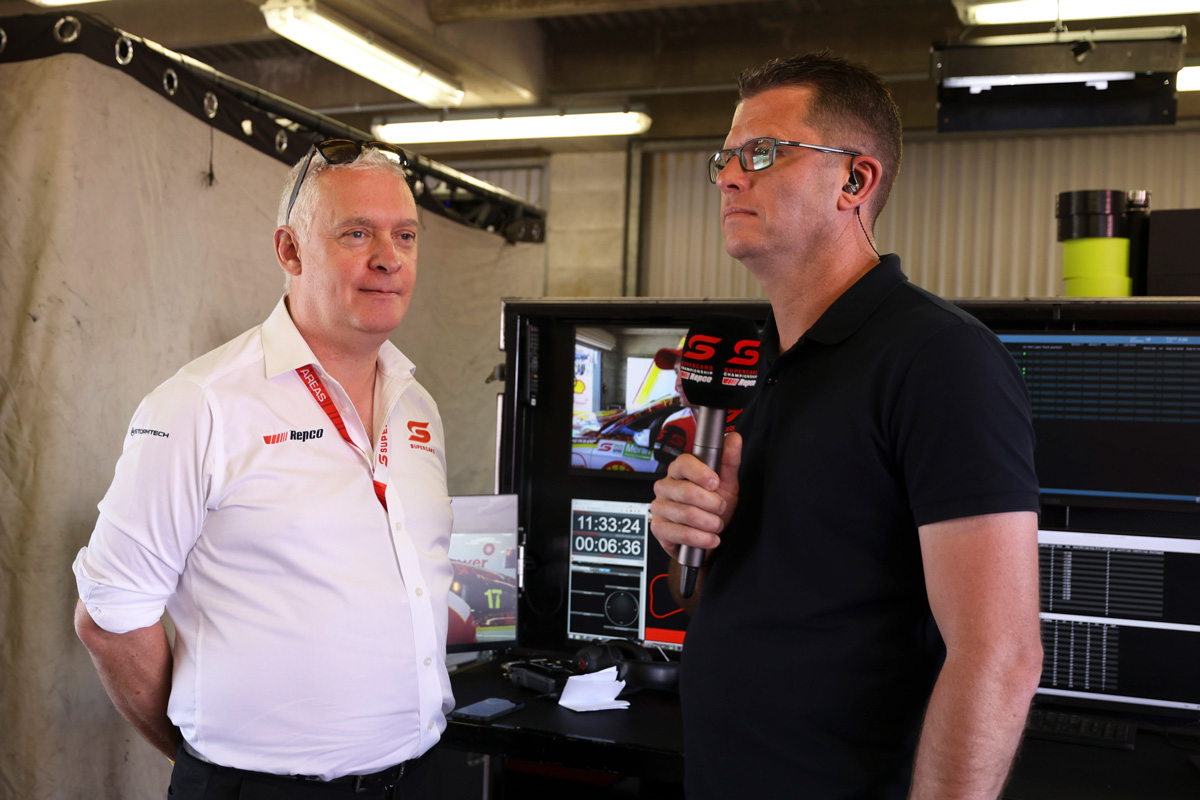 Outright performance, though, is still not the focus at this stage.

“We’re probably not at the time where we’re taking any real notice of the lap times,” he said.

“We’ll run the car on full tanks and we’ll sort of run the car out of fuel on purpose and just see how low the fuel level collector will pick up and all these sorts of things.

“So at the moment we’re not running the thing right on the edge and asking the driver to do quali laps every lap, we’re just asking the drivers to be consistent with their driving style and just give us feedback from the car as we make changes.”

All in all, Burgess was buoyed by the interest shown by fans at Mount Panorama, where the new-for-2023 Supercars were put on display.

“It was important to show everybody what they looked like and let them come and touch and feel them to a degree,” he said.

“It was amazing to see the, I described it as the [Craig] Lowndes autograph session queues out the back, there were people queueing hundreds of metres long throughout the paddock to get in to see the cars.

“We haven’t seen that since Lowndesy was driving and autograph sessions were going on in the paddock. It was a great thing to see again.”

Supercars is conducting Gen3 testing with a variety of drivers at Queensland Raceway today and tomorrow, as well as Monday and Tuesday next week.

The track days are open to the public.