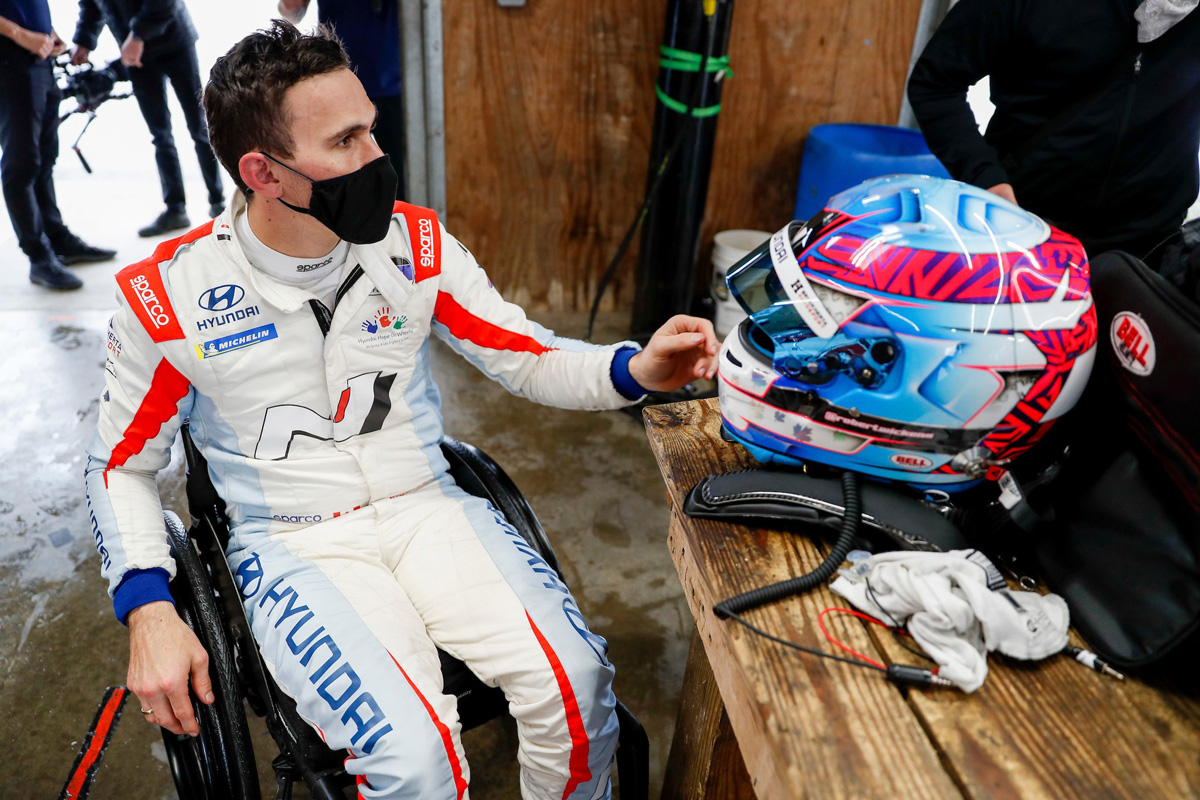 Robert Wickens’ recovery from a horror 2018 IndyCar Series crash will culminate in an IMSA Michelin Pilot Challenge drive this year.

Wickens suffered shocking injuries to his spinal cord, neck, ribs, arms and legs in an incident at Pocono Raceway in August 2018.

More than 1200 days on, the 32-year-old Canadian has been announced to race for Bryan Herta Autosport aboard a modified Hyundai Elantra N TCR, starting with a four-hour Daytona enduro later this month.

“I’ve spent a lot of nights thinking and dreaming of this moment, and with the support from Bryan Herta and Hyundai it is all becoming a reality,” said Wickens.

“I am hungrier now than I was before my accident to compete for wins again.

“I’m really looking forward to incorporating myself with the entire Bryan Herta Autosport team and finally get my first taste of the Hyundai Elantra N TCR.”

Bryan Herta, the father of Andretti Autosport IndyCar star Colton Herta, described the announcement as “a monumental day for us as a team and as fans of Robert Wickens”.

“We have followed along with Robert’s rehabilitation and marveled at his determination and dedication, along with his many, many fans,” he continued.

“To now announce that he will be making his professional motorsports return in one of our Hyundai Elantra N TCR cars is truly incredible.

“We thank Hyundai for their amazing support and helping us build a path for Robert to get back to where he belongs.”

The Elantra N TCR will be fitted with a hand throttle, which can be deactivated and reverted to a foot system when co-driver Mark Wilkins hops in the car.