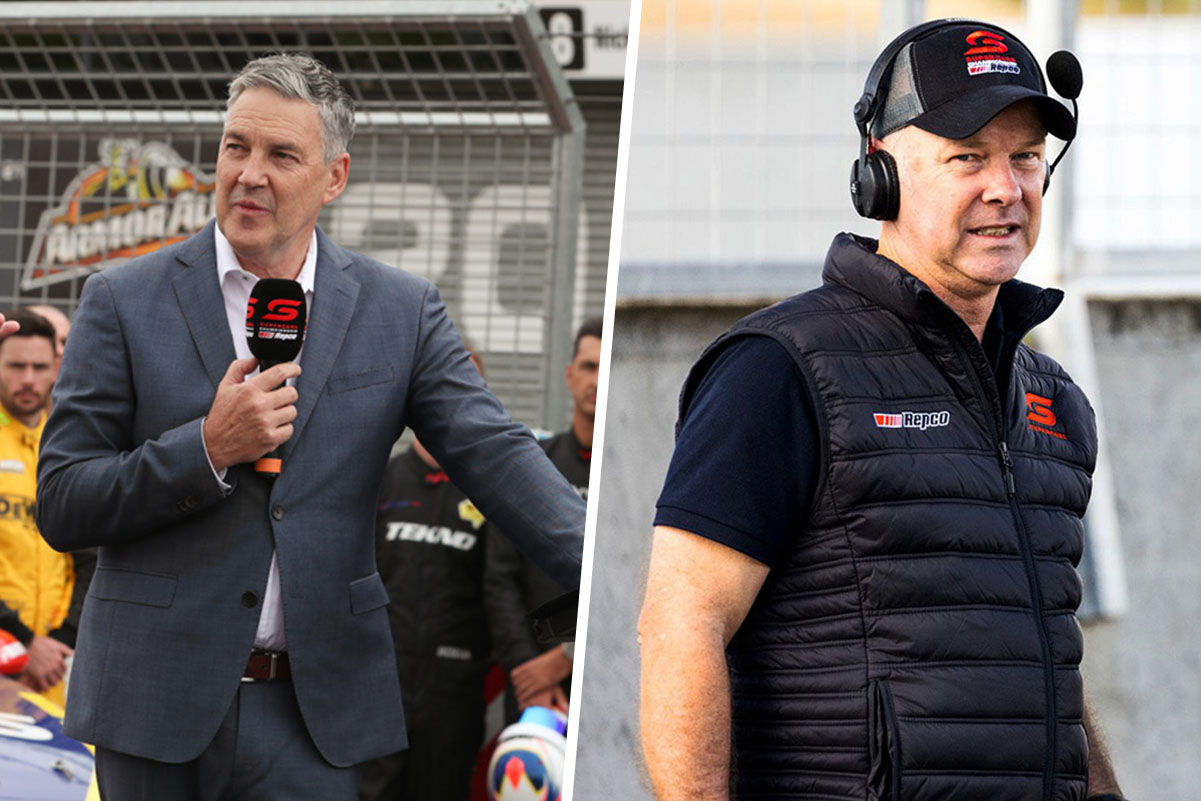 Neil Crompton and Mark Larkham have dominated the best presenter/commentator vote for another year’s running in the Speedcafe.com Motorsport Survey, presented by Kincrome.

Combined, the two Australian motorsport personalities picked up 67 percent of the favourable responses in the annual survey.

The question asked fans to select ​​the ‘best presenter/commentator in Australian motorsport’ of 2021, with options from Fox Sports, Seven Network and various online platforms.

As it was in the last edition of the survey, Crompton narrowly edged out Larkham with 35.13 percent of responses landing in the former’s favour.

Larkham was still close at 32.79 percent of the vote, but both were well clear of anyone else.

Mark Skaife claimed the third most votes, at 3.97 percent, while everyone else garnered responses of some number.

With more to choose from in the broadcast pool in 2021 compared to 2020, particularly owing to the expanded Seven Network commitments, the results were far more spread.

‘Crompo’ and ‘Larko’ were hard to beat on their combined 67 percent, but a wide selection means all of the remaining scores are single-digit percentages.

Notably, Supercars’ Chad Neylon climbed up the ladder from 1.48 percent in 2020 to 2.17 percent of responders nominating him the mantle of best presenter in 2021.

Neylon had increased involvement in the Fox Sports coverage last year, stepping into commentary alongside Skaife for Supercars sessions during Crompton’s health-related absence.