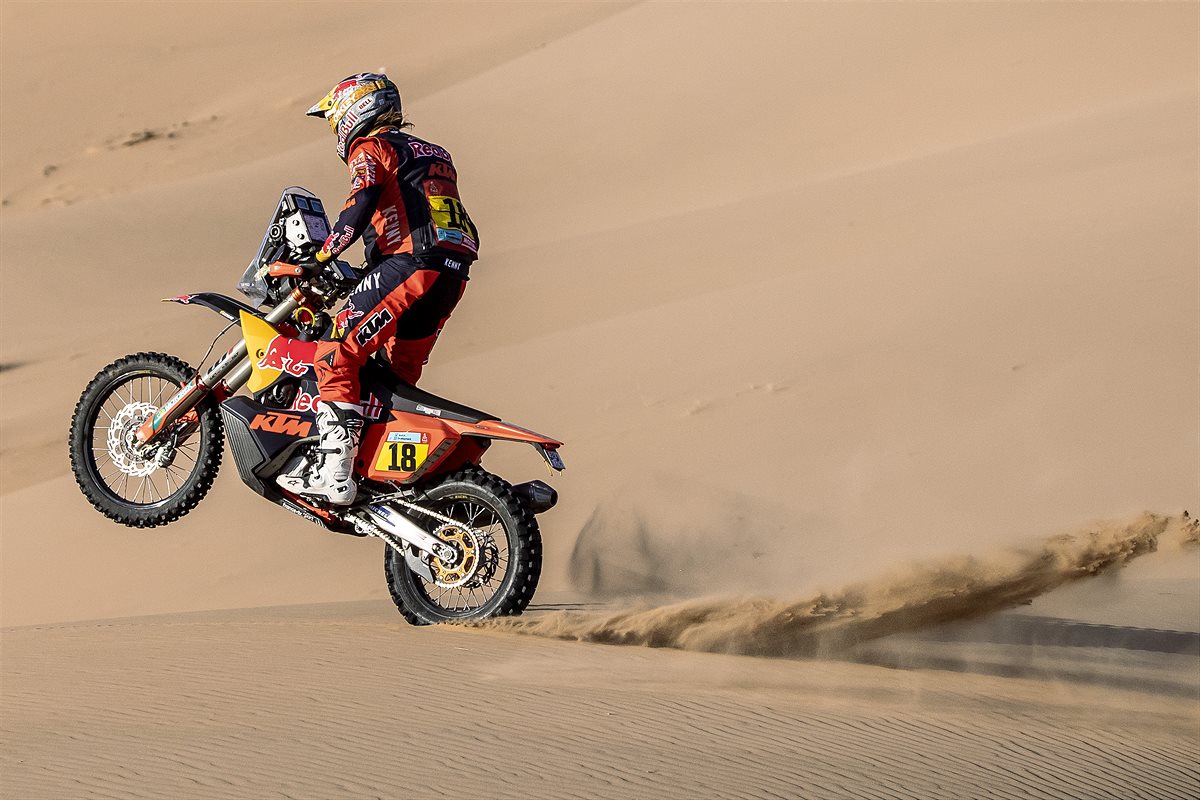 Toby Price has been left to lament a major navigational mishap almost as soon as the 2022 Dakar Rally began after finishing 10th overall.

The two-time Dakar champion was never seriously in the hunt once he dropped to 47 minutes off the pace after just Stage 1B.

In what Price described as “a bit of a shit way to start the rally,” he was one of several to get lost during a confusing roadbook note midway through that special.

That was not his only setback, having later ceded a chunk of time when he was among the road-openers for Stage 4, then lost what would have been his first stage win of the event due to a speeding penalty.

The Red Bull KTM rider would go on to win Stage 10, and was classified second on the 12th and final special after original stage runner-up Ricky Brabec was penalised, but it was too little, too late.

His deficit to rally winner Sam Sunderland of sister team GasGas Factory Racing was 49:20s all-told, with the 2022 Dakar Rally being the first which he has finished without also making the overall podium.

“I’m always happy to reach the finish here at the Dakar; it’s been a really tough race this year,” said Price after reaching the end of Stage 12.

“Losing time on that first day put me on the back foot a little for the rest of the stages, and the way things are now, any mistakes can lose you a lot of time on the others because things are so close.

“The terrain here in Saudi makes for a really fast race too, a lot of the stages are sprints to the finish, but the atmosphere is good and it’s a good place to be.

Sunderland’s second Dakar title is the first for GasGas and the 19th for the KTM group.

For Red Bull KTM Factory Racing itself, its 2018 Dakar champion Matthias Walkner was best-placed in 2022 with third overall.

Price’s two crowns so far in rally-raid’s blue riband event have come in 2016 and 2019, the latter of which he won despite carrying a fractured wrist all the way through. 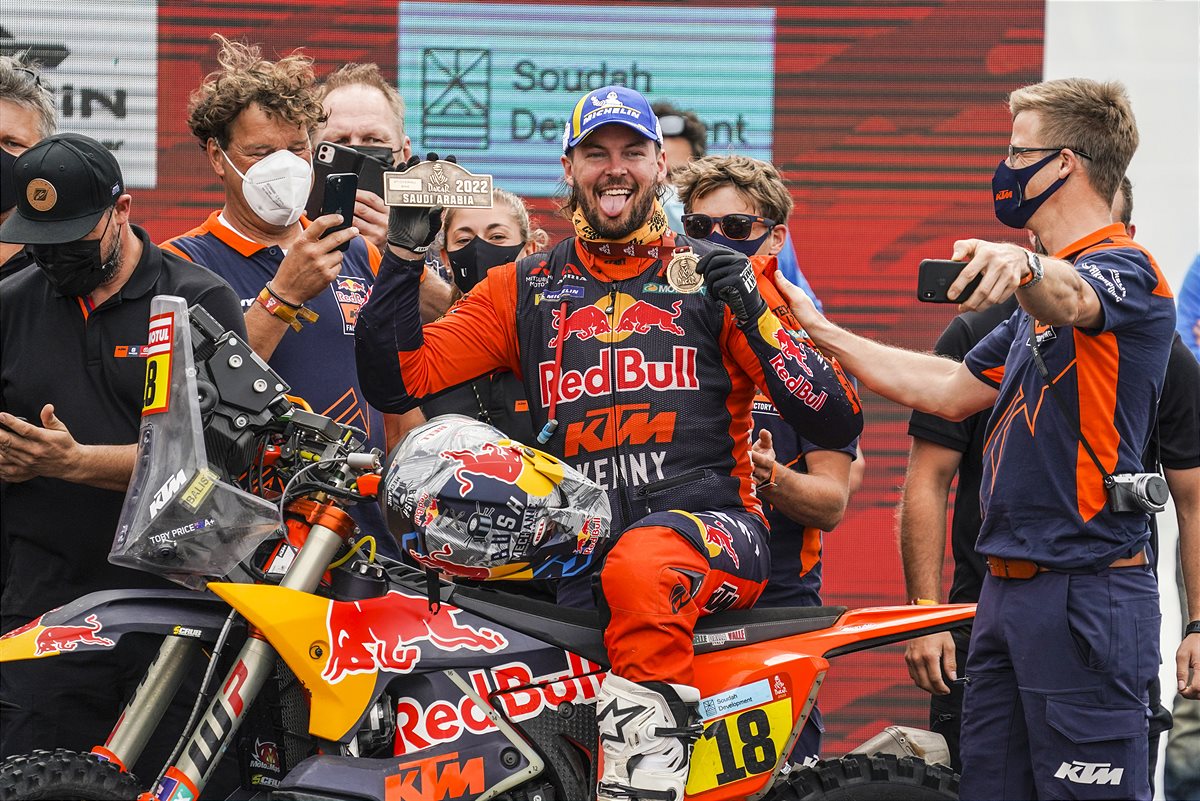 Price was nevertheless pleased to make the finish