The Dakar Rally is over for 2022. Congratulations to everyone – all the competitors and support crews – who came and participated regardless of the outcome.

And of course, congratulations to Sam Sunderland on his second Dakar win.

For Andrew, not being on the podium was tough, but then there’s next year…

The last day of the race – and this is when anything can happen. Last year I passed bikes that had failed and riders that had fallen. They’re race had come to an end so close to the finish!

The first bikes were away at 4am this morning; it’s always an early start on the last day to give enough time for the podium presentation. Pablo and Vasileios [Nomadas team-mates Pablo Guillen and Vasileios Boudros] left just after 5am.

A 250km liaison and then a short 163km special stage, followed by a 280km liaison back to the finish podium in Jeddah. No dunes for the last stage, which the boys were very happy about.

We set off in the van not long after the riders left this morning for our 500km road trip to Jeddah, with a detour to the end of the special stage to watch the riders finish the race. 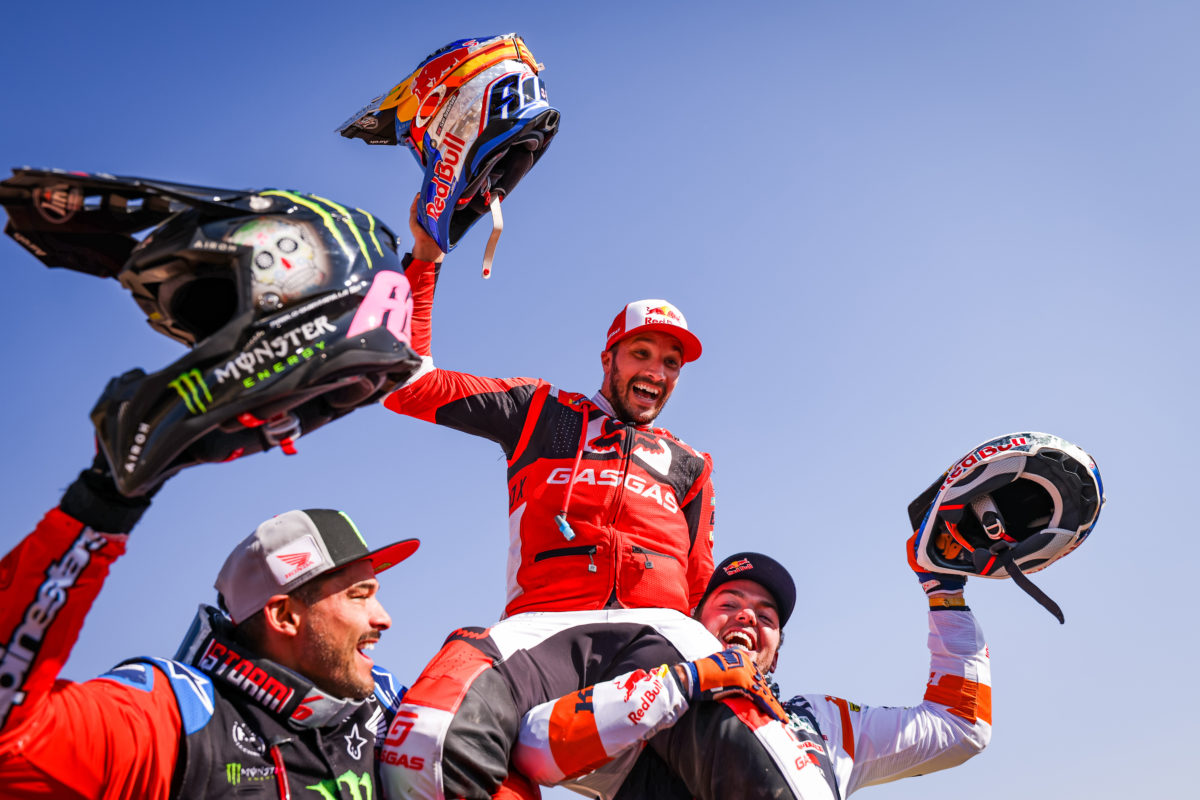 We arrived only five minutes after Kevin Benavides and Sam Sunderland crossed the line, followed by the other top riders.

We waited in a sandstorm until Vasileios and Pablo came in safely. Pablo now has his second Dakar finish, and Vasileios his first.

The bikes had a 280km ride back to Jeddah for the final podium presentations and we hit the road in the van to the podium as well.

Dakar is tough. Not finishing is disappointing, but I was here and gave it all I could. And that’s an experience.

With the rally over and the podium done, it was COVID test time, unpack the vehicles and prepare for our flights home tomorrow.