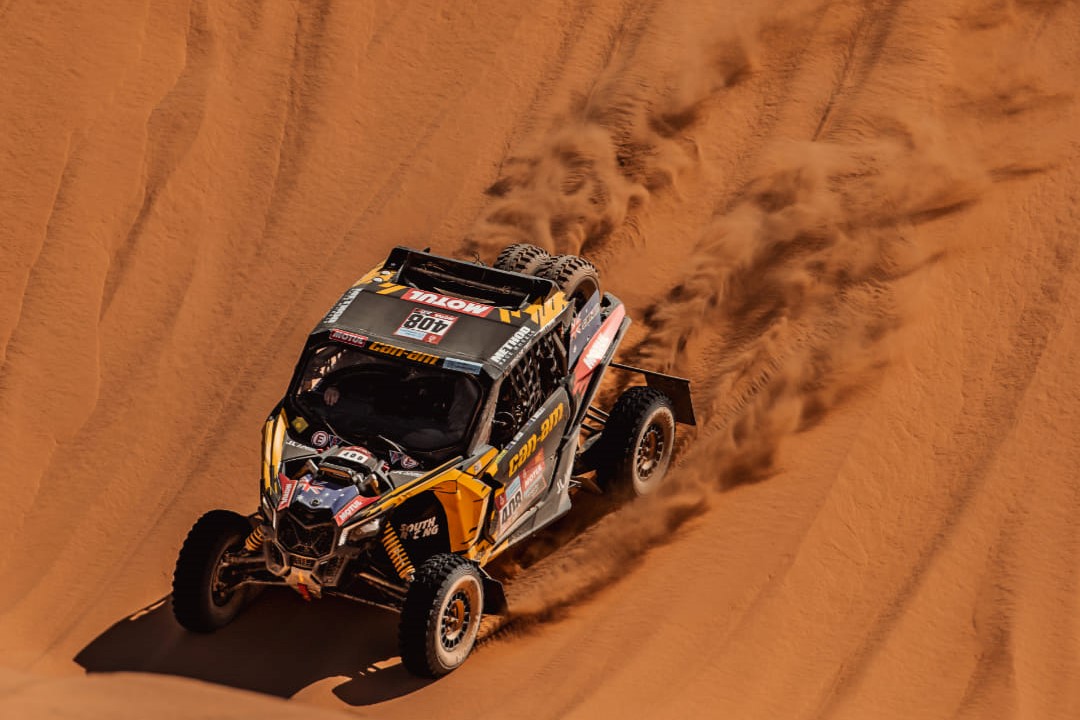 Molly Taylor has missed out on a top 10 in the SSV field on Stage 11 of the Dakar Rally after incurring a 15-minute penalty.

The 2016 Australian Rally Champion was classified 16th-quickest on the second-last day of Dakar 2022, and remains 13th overall.

She had started 161st on the road, including the other classes in the event, after hitting a rock which pulled a wheel off her Can-Am on the day prior.

From there, Taylor and co-driver Dale Moscatt had to navigate through thick dust on a dune-dominated 346km special around Bisha.

That resulted in the #408 vehicle missing a waypoint and, as predicted, they were penalised at the end of the day.

Otherwise, Taylor would have wound up 10th on the stage and moved up to 11th overall.

One of Taylor’s team-mates still leads overall, but that is now Gerard Farres Guell, by a margin of 1:41s over former pace-setter Austin Jones.

In Trucks, Dmitry Sotnikov will carry an 8:18s margin over Kamaz-Master team-mate Eduard Nikolaev into the final day.

Nikolaev won the stage while Sotnikov was third at two minutes back, with those two split by fellow Kamaz driver Andrey Karginov.

The Quads title will go to Alexandre Giroud (Yamaha Racing – SMX), barring a disaster, given his overall lead is 2:41:24s.

The field faces another 680km on the way from Bisha back to Jeddah, although only 164km is special stage running.