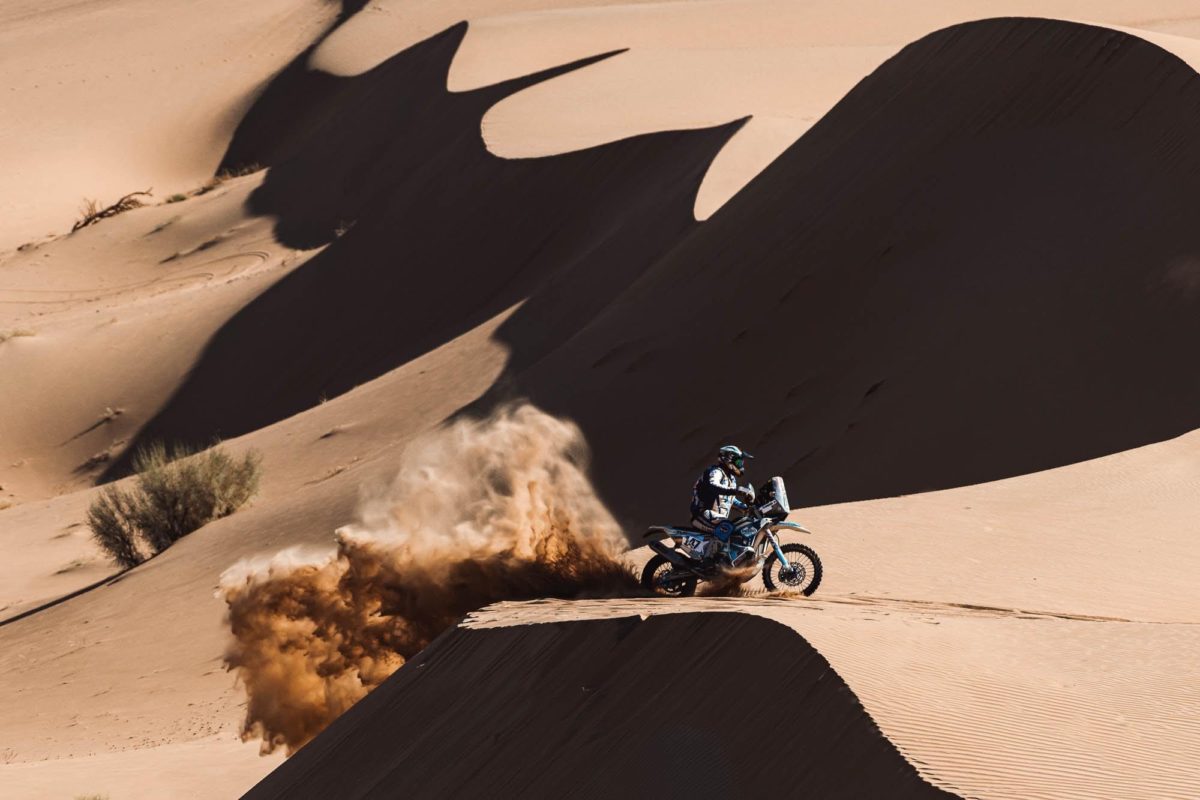 The second last stage of this year’s Dakar threw a lot of challenges at the riders. The lead changed yet again and going in to the final stage it now looks like it will come down to a battle between three riders and three different manufacturers.

Big, small and then HUGE ones according to Vasileios!!! [Nomadas team-mate Vasileios Boudros]

“I didn’t think they would ever end,” he said when he got back to the bivouac.

“I fell three or four times and it was a very hard day.”

Coming into the second-last stage, it was important for the riders not to lose focus and make a race-ending mistake. Both Pablo [Guillen] and Vasileios were up early and in good spirits despite knowing what lay ahead for the day. 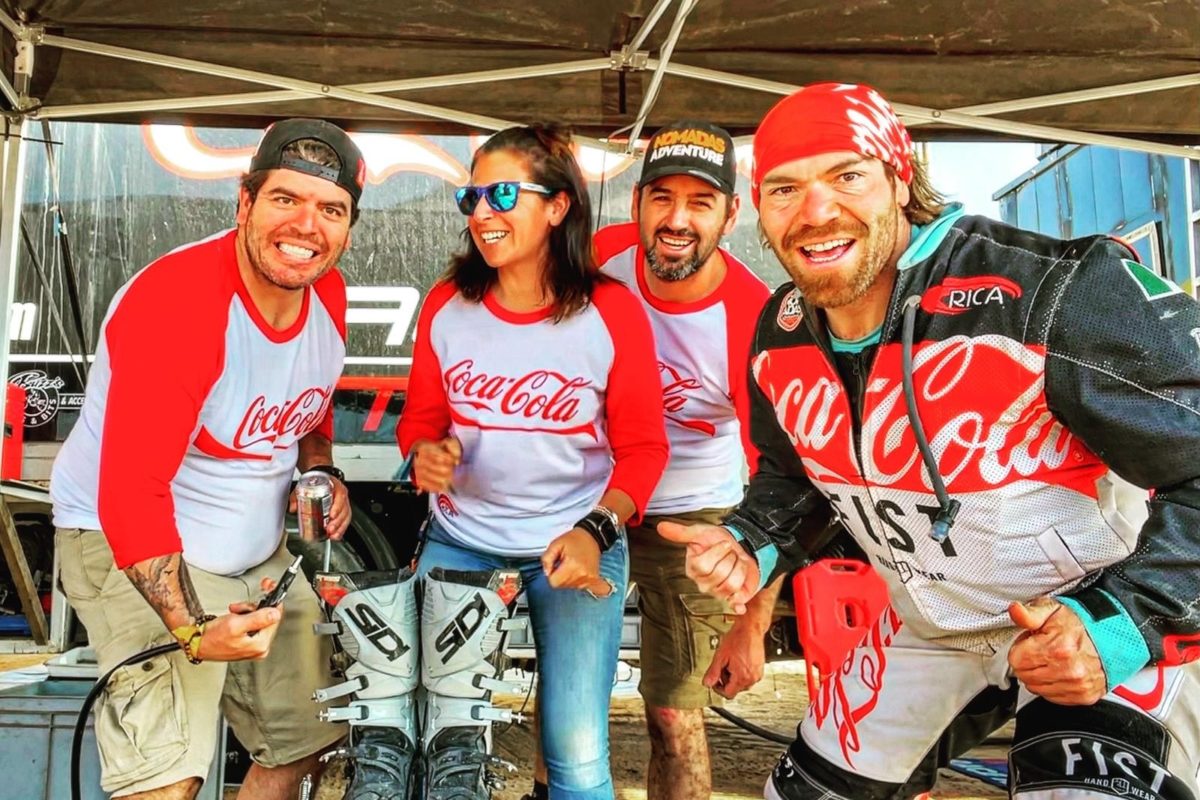 The stage started off very fast and then turned a bit sandy. But despite the difficult day, both Pablo and Vasileios went very well.

In the Rally 2 group, Pablo came in 42nd today and is ranked 54th. Vasileios’ 51st place today moves him to 48th in the group.

In the general standings, which include all the riders, Pablo is sitting 76th and Vasileios is 70th.

We had a very long and boring day in the bivouac today; there’s not much to do now and it’s heating up quite a bit as we get closer to Jeddah.

I got some great news today from Walter Roelants’ son Axel. Walter [who crashed heavily on Stage 4] has had surgery in Belgium, he’s in a stable condition, and is recovering.

There’s now one day to go and Dakar 2022 is done. So, it’s time for us all to get some rest, and make sure the bikes are fresh and serviced for Pablo and Vasileios to make it through tomorrow.