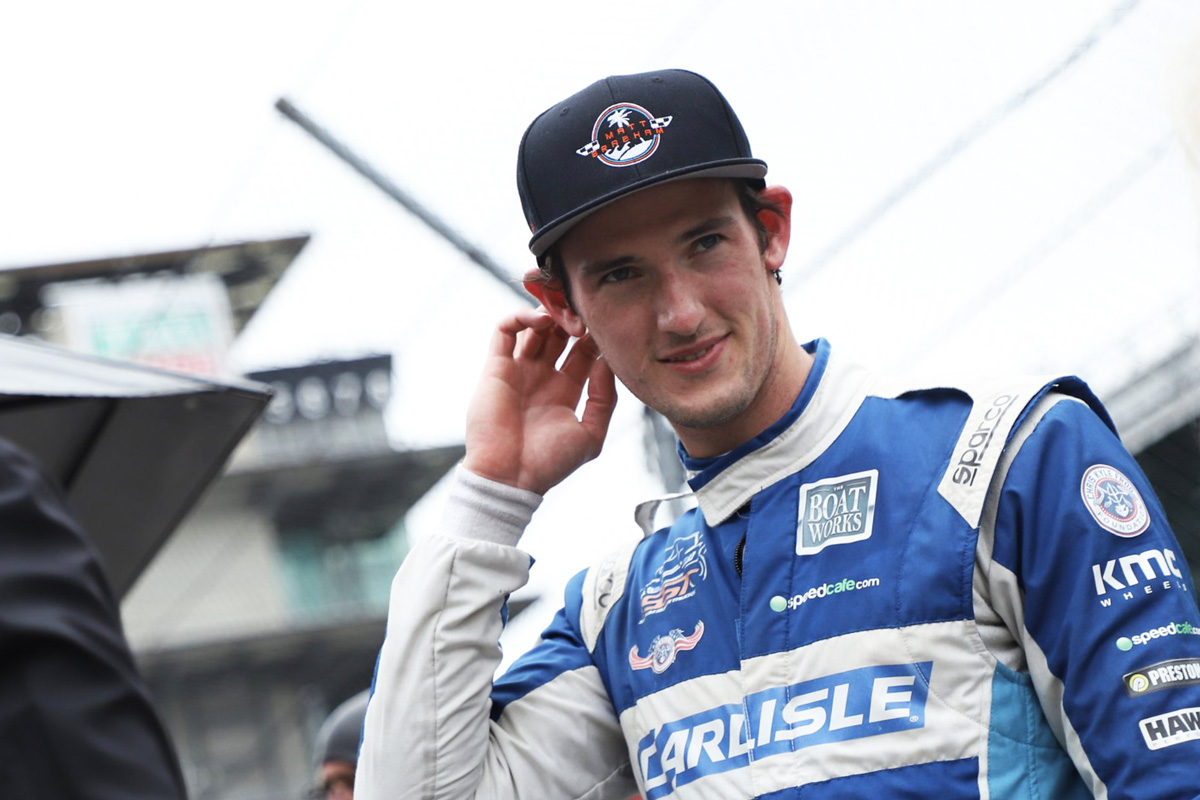 It’s been quite the journey for Matt Brabham.

After clinching the 2013 Indy Pro 2000 title as a teenager, he stepped up with Andretti Autosport for a race-winning Indy Lights campaign.

But from there, things stuttered – besides a two-race IndyCar Series cameo for Pirtek Team Murray including the 2016 Indianapolis 500.

And that was the last time he raced on an IndyCar grid.

But the dream has suddenly reignited, with Brabham and Andretti combining for the 2022 Indy Lights campaign.

The twists and turns, which instead saw him dominate the Stadium Super Trucks scene, were certainly not by design.

“Obviously I would have just liked to go straight through the Road to Indy and been in IndyCar the last four or five years but I think it’s just more the way it worked out,” Brabham told Speedcafe.com.

“I had two races in IndyCar with Crusher’s [Brett Murray] team, Pirtek Team Murray, and I think I did really well and turned a lot of heads and it was very successful but there just wasn’t any opportunities and the timing wasn’t right.

“So I just think the opportunity came up to do Lights and I’ve always been one of those people that never says no to opportunities, I always say yes, and that’s kind of just led me in a big loop around back into the open-wheel stuff.

“I didn’t really plan it like that but it’s just the way it’s happened. So I’m excited about it all.

“My dream is IndyCar and that’s always been my number one goal regardless of all the other stuff I have been doing and an opportunity in Lights could lead to that, so I absolutely had to say yes.”

Andretti should give him the perfect platform to springboard into IndyCar, given the organisation has won the past three Indy Lights titles and saw two of its drivers graduate from the feeder series this off-season.

“As I said to everyone around me and Andretti, if I take this opportunity, I’m doing it all out and giving it my 110 percent,” said Brabham.

“They’re such a top organisation, they obviously have some great history not only with me but with their Lights team, they’re definitely the team to be with for sure.

“But it’s never easy; there’s some new teams coming in and some teams last year that really gave Andretti a run for their money in the championship, so it’s going to take a lot of hard work from everyone to continue those results.

“Hopefully it all plays out, but I’m definitely ready for the challenge and excited about all of it.”