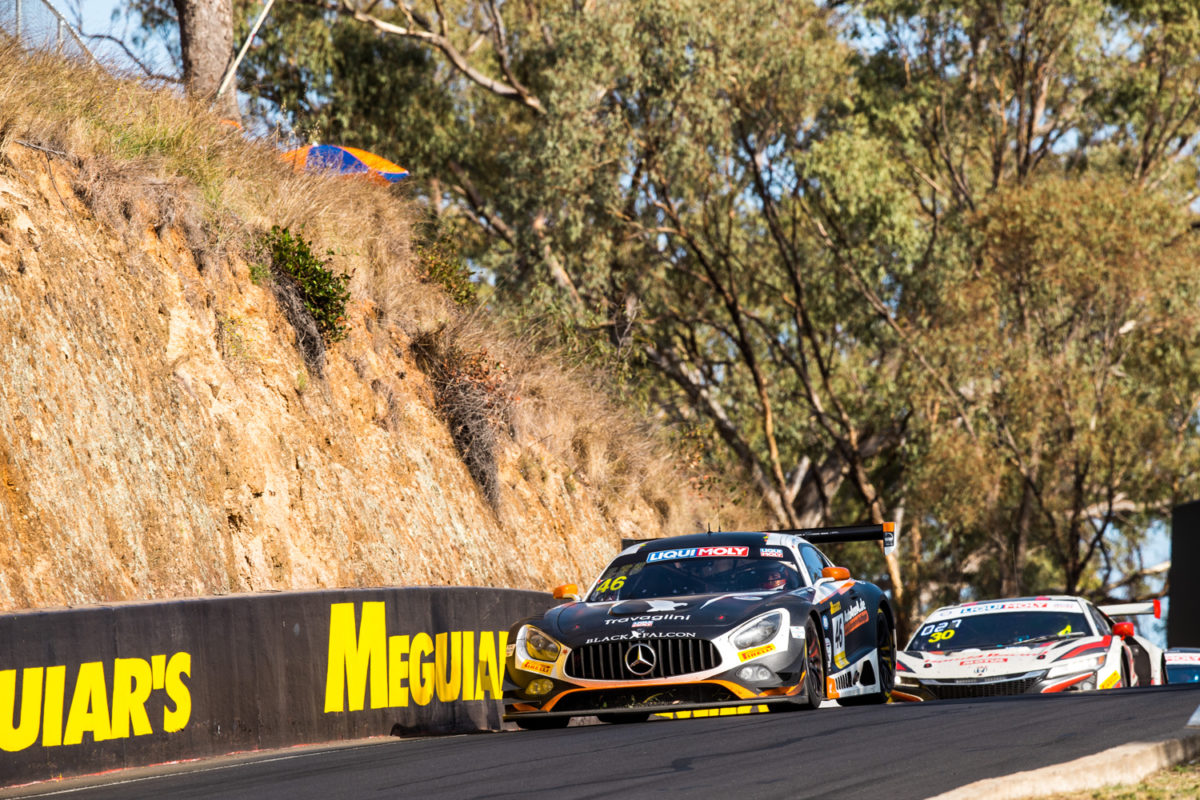 This year’s Liqui Moly Bathurst 12 Hour has been postponed to May, Supercars has confirmed.

The event had been scheduled to take place on February 25-27 but has now been pushed back to May 13-15, due to concerns over COVID-19 and the consequent impact on travel for international competitors.

While doubt has arisen about several motorsport events in Australia due to widespread disruption to other sports as a result of the Omicron outbreak, the Bathurst 12 Hour is particularly sensitive given its status as a round of the Intercontinental GT Challenge (IGTC).

Supercars chief operating officer Shane Howard said of the date change, “This is the best outcome for the event under the current circumstances.

“This new date alleviates pressure on international competitors and freight operators as well as marshals, officials and volunteers who play a critical role in the success of the event every year.

“We have worked closely with Destination NSW, SRO Motorsports Group, Bathurst Regional Council, Motorsport Australia, ARG and our broadcasters to ensure this date will ensure the best outcomes for all involved and the Liqui-Moly Bathurst 12 Hour.

“As we’ve seen, a number of high-profile teams have already committed to attending and we look forward to seeing more international competitors announce their inclusion leading into May’s new date.

“This is a win for fans who have been keen to see this event return to the Australian motorsport calendar for the last two years.”

In the announcement from event organisers, it was stated that the shift had been agreed to by Supercars, Destination NSW, the Bathurst Regional Council, ARG, Motorsport Australia, and SRO Motorsports Group.

It is the latter which owns the IGTC, and jointly manages Fanatec GT World Challenge Australia Powered by AWS with the Australian Racing Group (ARG).

SRO founder/CEO Stephane Ratel remarked, “It was imperative that Intercontinental GT Challenge Powered by Pirelli returned to Bathurst this year, and the new May date ensures the race can go ahead without any lingering Omicron restrictions.

“I applaud Supercars’ commitment to finding an alternative weekend during their busy domestic schedule and their efforts in general to stage the race.

“The Fanatec GT World Challenge Australia Powered by AWS calendar will also be rejigged to accommodate Bathurst’s change, which helps us to maintain a strong national presence.

“I am sure that some of these local entries will also receive IGTC nominations – a cornerstone of the championship’s original philosophy.”

New South Wales’ tourism minister, Stuart Ayres, said, “The Liqui-Moly Bathurst 12 Hour is a signature event on the NSW motorsports calendar that provides a great boost to the visitor economy of the Central West, so I am delighted it is still going ahead this year.

“I commend the determination and resilience of the event organisers in light of current challenges and thank all stakeholders for their cooperation to ensure competitors and spectators get to experience this great event at the iconic Mount Panorama circuit.

“We will continue to support their efforts to deliver a safe, successful and spectacular event.”

Bathurst Regional Council Mayor Robert Taylor added, “The worldwide exposure of the race builds on Mount Panorama’s excellent reputation as one of the world’s finest motor racing circuits and puts Bathurst firmly in the international spotlight.”

The date change is the second to which the 2022 Bathurst 12 Hour has been subject.

SRO provisionally announced in October last year that it would be held on March 18-20, although a clash with the Sebring event which features both the FIA World Endurance Championship and IMSA SportsCar Championship eventually led to a move to the February date.

Last year, the Bathurst 12 Hour could not be held at all due to Australia’s external border closure.

Meanwhile, the prospect of Supercars’ season-opening Repco Newcastle 500 going ahead as planned on March 4-6 has firmed.

ARG has also stated its confidence that Race Tasmania, which is to be headlined by Round 1 of the Supercheap Auto TCR Australia Series, will indeed take place on February 11-13 at Symmons Plains.