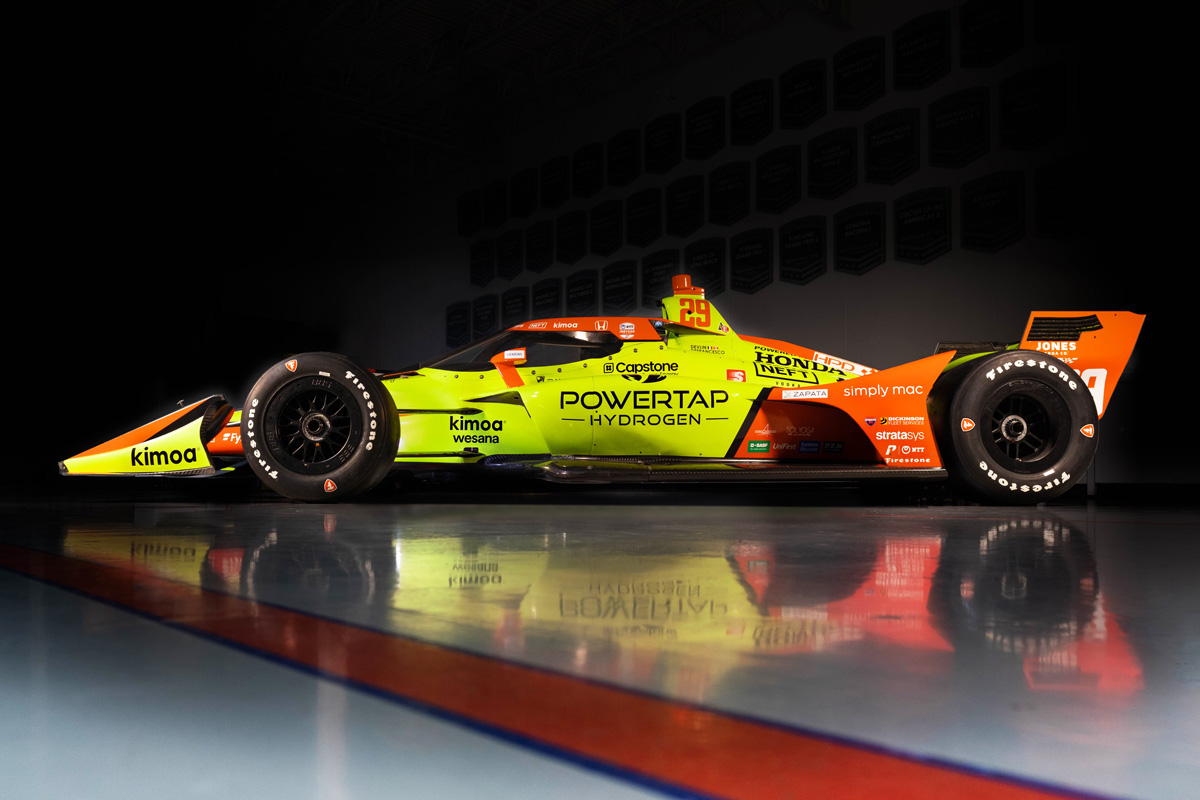 The day has finally arrived for Italian-Canadian youngster Devlin DeFrancesco to see what his very own IndyCar looks like.

The 21-year-old steps up with Andretti Steinbrenner Autosport for his rookie top-flight season this year, having partnered with the team through his climb up the Road to Indy ladder.

DeFrancesco had already been confirmed to take over the #29 previously steered by James Hinchcliffe, and now a bright yellow-and-red design has been unveiled with primary backing from PowerTap Hydrogren.

“Ever since the announcement of me graduating to IndyCar last November, this has been one of the days I have really been looking forward to,” he said.

“To see the car for real and have my name on it is a fantastic feeling.

“I’m incredibly grateful for the continued support of PowerTap Hydrogen, who has been with me on the Road to Indy, and to Capstone, who has also shown faith in me to continue on the No. 29 car this year.

“Now, with Atmofizer joining us as well, we have three great primary partners who are leaders in environmental technology.”

Added team owner Michael Andretti: “The start of the 2022 season is approaching quickly, and we’re excited to be able to reveal this new livery in our IndyCar line-up.

“The partners showcased on the 29 car represent a combination of both familiar and new faces to the sport and represent the continued growth of the Andretti Steinbrenner Autosport programme.

“We’re looking forward to seeing what the season brings.”