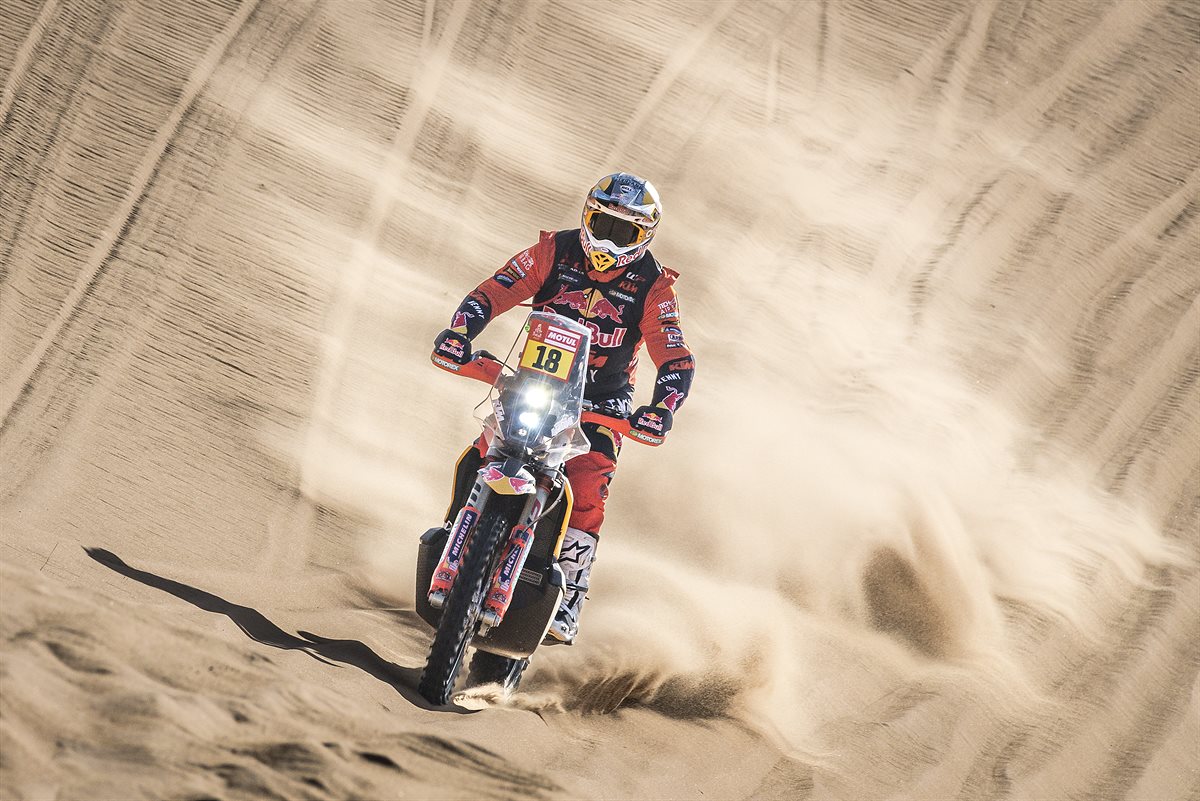 Toby Price admits he is a longshot to win this year’s Dakar Rally, despite taking honours on Stage 10.

The Red Bull KTM rider jumped from ninth to sixth overall with his victory on the Wadi Ad Dawasir-Bisha special, the highest he has been at any point in the event.

However, Price is still 27:43s away from the overall lead, now held by Yamaha’s Adrien Van Beveren, and more than 20 minutes away from the podium placings with just two days to go.

He is essentially still trying to make up for the loss of over 40 minutes when a controversial roadbook note caught out several on Stage 1B but, as he has maintained for days now, he has not given up just yet.

“Still two days to come and anything can happen,” said the two-time Dakar champion.

“It’s not over until the finish, but it’s definitely slowly starting to get out of reach.

“But we won’t give up, we’ll keep trying till that last day and stay healthy, and that’s the main thing. We’re looking forward to the finish.”

The stage win is Price’s first of Dakar 2022, after he lost one on Stage 5 due to a speeding penalty.

“Only a couple of little small mistakes, but we tried to stay on the roadbook as much as we could and pray and hope that the guys at the front would make a mistake, but it didn’t quite happen.”

There have now been three different rally leaders at the end of the last three days, with Price’s KTM team-mate Matthias Walkner dropping from first to fourth overall on Stage 10, although he is 8:24s behind Van Beveren.

One rider who is no longer a contender is fellow KTM rider Kevin Benavides, who suffered a mechanical problem midway through the stage.

“Honestly, anything can happen these last two days,” added Price.

“As you could see, it was Kevin who unfortunately today stopped, so it’s not over until it’s done.

“We’ve just got to keep charging and hopefully tomorrow we’ll have a really good day, leading the pack out, and we’ll go from there.”

Stage 11 is a 501km loop around Bisha which includes a 346km special, starting this afternoon (AEDT).