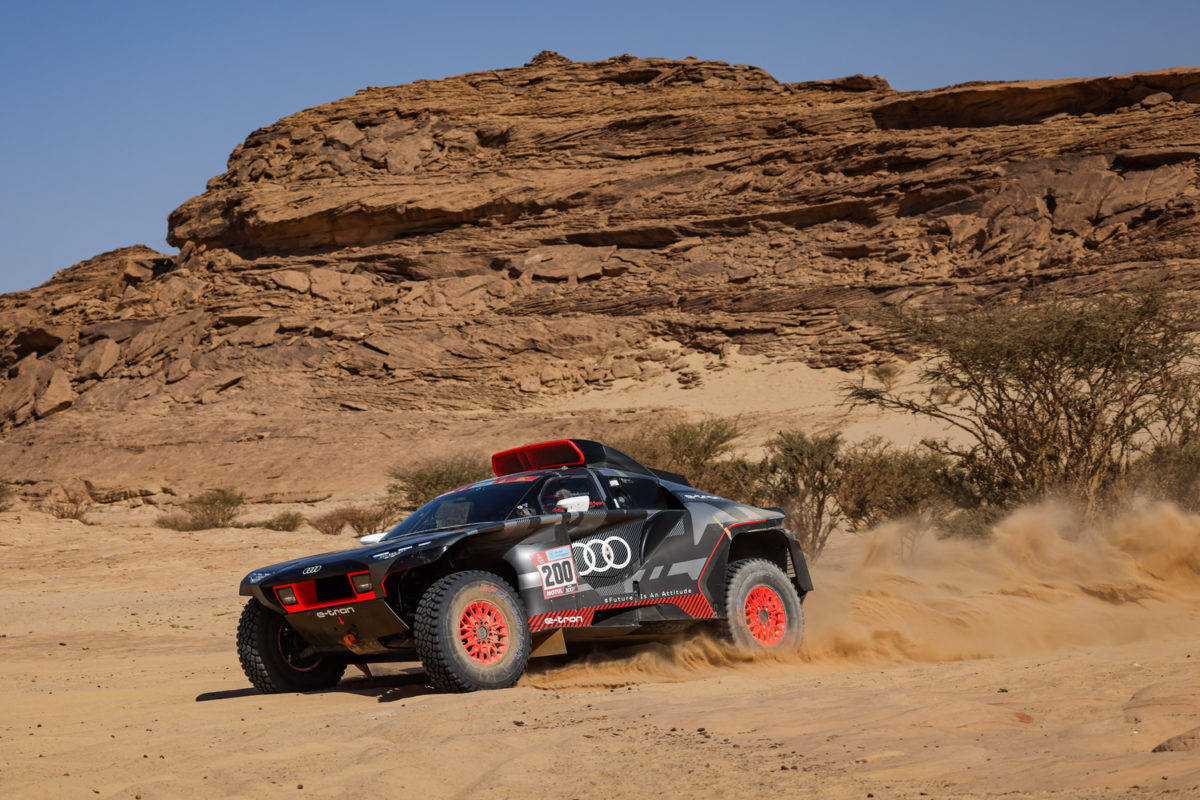 Stephane Peterhansel has picked up his first stage win of Dakar 2022 but Nasser Al-Attiyah continues to hold a commanding overall lead with two days to go.

Al-Attiyah was seventh-quickest on Stage 10 at 1:25s slower than his nearest rival for the title, Sebastien Loeb.

However, the Toyota Gazoo Racing driver’s margin to Loeb in the rally classification is still 32:40s.

Stage 10, which included a 375km special between Wadi Ad Dawasir and Bisha, turned out to be a Team Audi Sport one-two.

Either of Peterhansel or Carlos Sainz locked out the top two throughout, with the former eventually prevailing over the latter by 2:06s.

The result means that each Audi driver has one stage win in this, the first year of the hybrid RS Q e-tron, although ‘Mr Dakar’ and Sainz are well back in the overall classification due to earlier mishaps.

Loeb himself was fifth-quickest, 4:25s off Peterhansel’s pace, but it was not enough to make much of a dent on Al-Attiyah’s advantage.

“We can’t try any more than we are already doing to catch Nasser,” said the nine-time World Rally Champion.

“The gap is big, but we’ll do everything we can in these last two days to get as close as we can.”

Al-Attiyah noted, “We only lost one minute from Seb today and tomorrow we have a good position on the road.

“Today we had no punctures or any issues with the car. Mathieu’s [Baumel] navigation was good.”

In the overall classification, Overdrive Toyota’s Yazeed Al Rajhi is third at 23:08s behind Loeb, from Terranova and X-Raid Mini JCW’s Jakub Przygonski.

The penultimate stage, a loop around Bisha featuring a 346km special, starts this evening (AEDT).