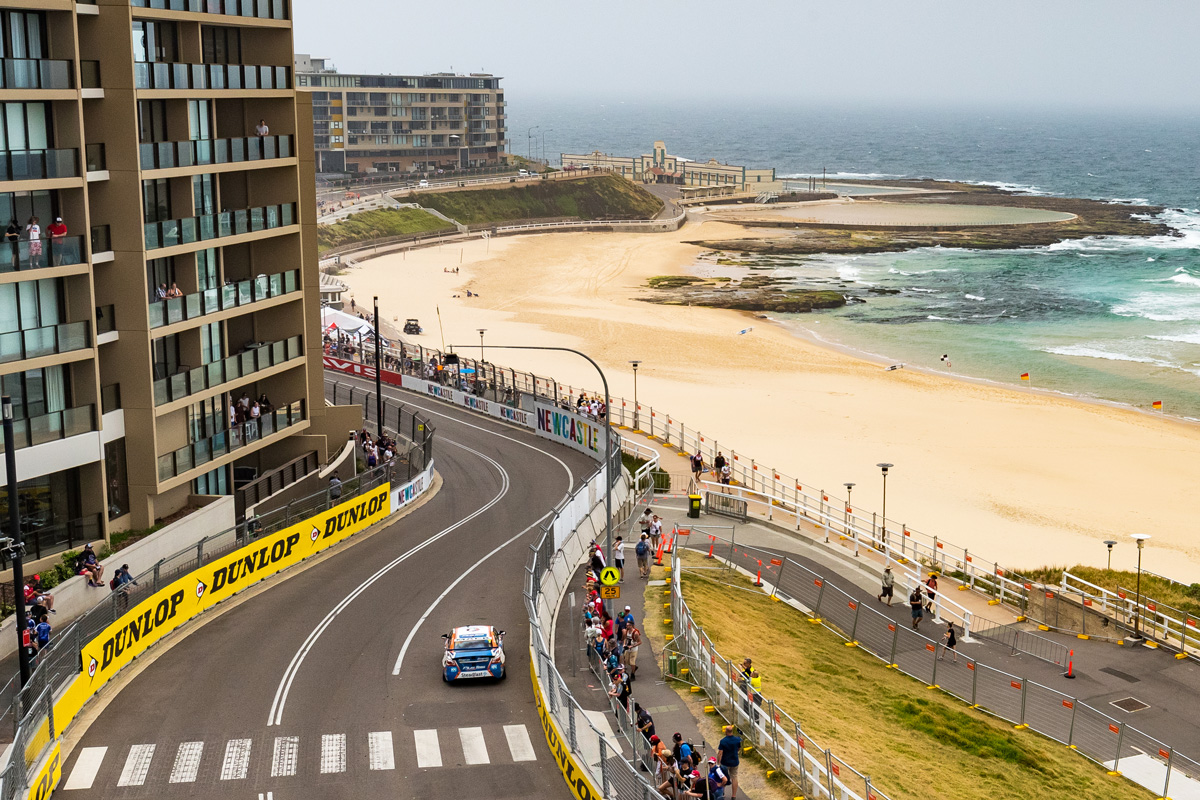 The 2022 Repco Supercars Championship is looking likely to open in Newcastle after all, with the city’s local government satisfied the street circuit event remains feasible.

Concerns had emerged this week about whether the Repco Newcastle 500 would need to be pushed back from its current March 4-6 dates, given the COVID surge being experienced on Australia’s east coast.

However, industry sources say such anxiety has started to calm, with the City of Newcastle publicly stating its desire to press on.

Street circuit events have been a rarity since the pandemic hit Australia, given that they generally depend on ticket sales from large crowds to provide governments with return on investment.

While Newcastle is set to avoid postponement, Speedcafe.com understands the Bathurst 12 Hour remains highly likely to be shifted from February to May.

That’s largely due to the event’s international competitor base, with a delay believed to be pivotal in running the 12 Hour to its highest standard.

Nevertheless, the attitude taken towards both the Newcastle 500 and the Australian Racing’s Group Race Tasmania event should boost industry confidence that 2022 may finally offer less of a stop-start season Down Under.

Newcastle has not featured on the Supercars calendar since November 2019.

Talk had pointed to Sydney Motorsport Park being a possible fallback option if a replacement 2022 opener was required on short notice, given the venue is especially well set up for a COVID-safe event.

SMP played host to the first two post-pandemic Supercars rounds in 2020, and was the site of a quadruple-header late last year in the lead-up to the Bathurst 1000.

The Beaurepaires Sydney Super600 is slated to be 13th and final round of this year’s championship, held under lights on November 18-20.