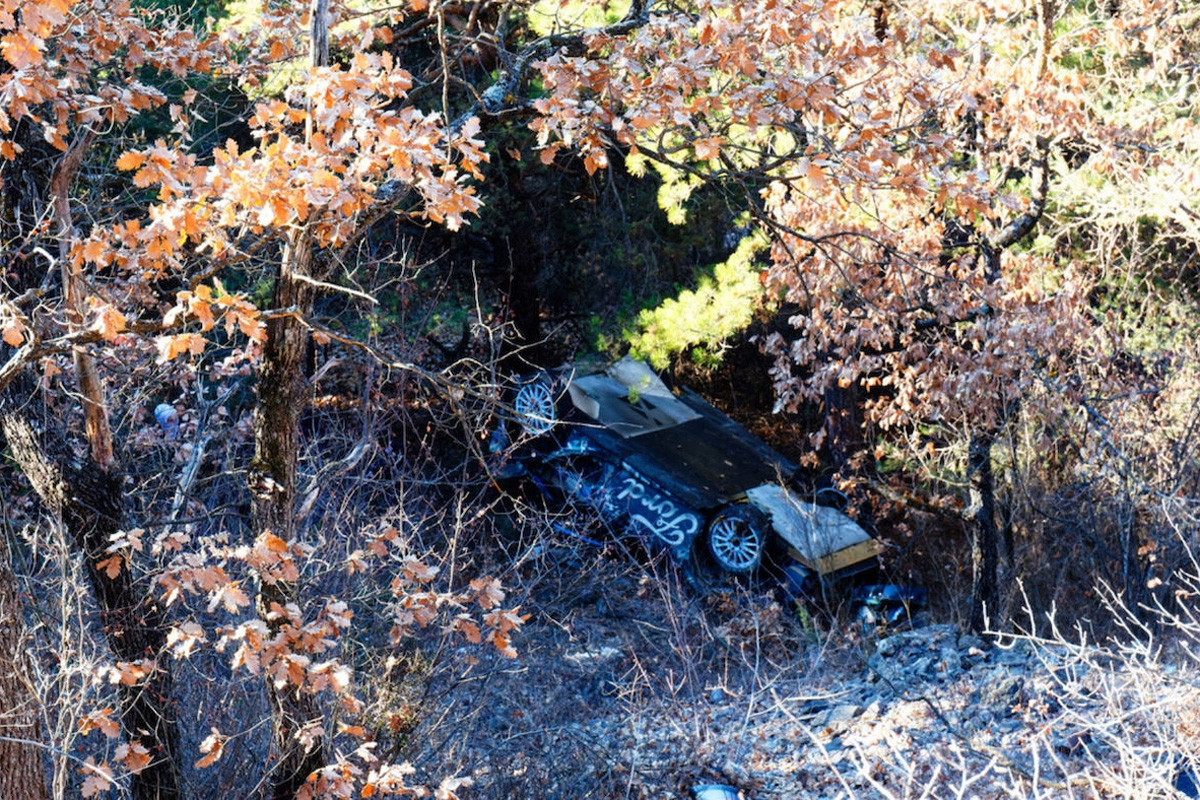 Craig Breen has been involved in a mega rollover just a week out from his M-Sport Ford debut at the 2022 World Rally Championship opener.

Breen was testing the new Puma Rally1 car on Wednesday as part of the build-up to the Rallye Monte-Carlo, kicking off next Thursday.

Despite ending up at the bottom of a gulley, both the Irishman and co-driver Paul Nagle escaped injury.

“Unfortunately we had a trip over the dark side of the handlebars this morning,” Breen said on social media.

“It was not the most nicest of experiences I can tell you but happy that both myself and Paul are both okay, completely fine.

“It was quite unlucky we just touched a bridge and unfortunately it put us off the road and down quite a steep embankment.

“The car is actually relatively speaking not so bad, but I feel gutted for the team that have worked tirelessly over Christmas and New Year to get ready for Monte-Carlo.

“It is not the best way to repay them. They are working incredibly hard to get the car repaired to allow the guys to continue testing for the rest of the week.

“The car felt absolutely amazing I have to say.”

“Obviously continuing the test is dependent on the condition of the car once we get it back,” said Millener.

“We’re pulling it up now and then we’ll inspect the damage once it’s back into the service. What’s happened isn’t ideal, but it’s always a risk when you’re testing.

“This is his first crash in testing in 13 years. It can happen.

“Fortunately for him, he’s had a fair bit of time in the car recently and I don’t see any reason for this to impact on his performance in the rally.

Breen has scored podium finishes in each of his past three WRC starts, all with Hyundai last year.

He is joined in the M-Sport line-up at Monte Carlo by Adrien Fourmaux, Gus Greensmith and Sebastien Loeb.