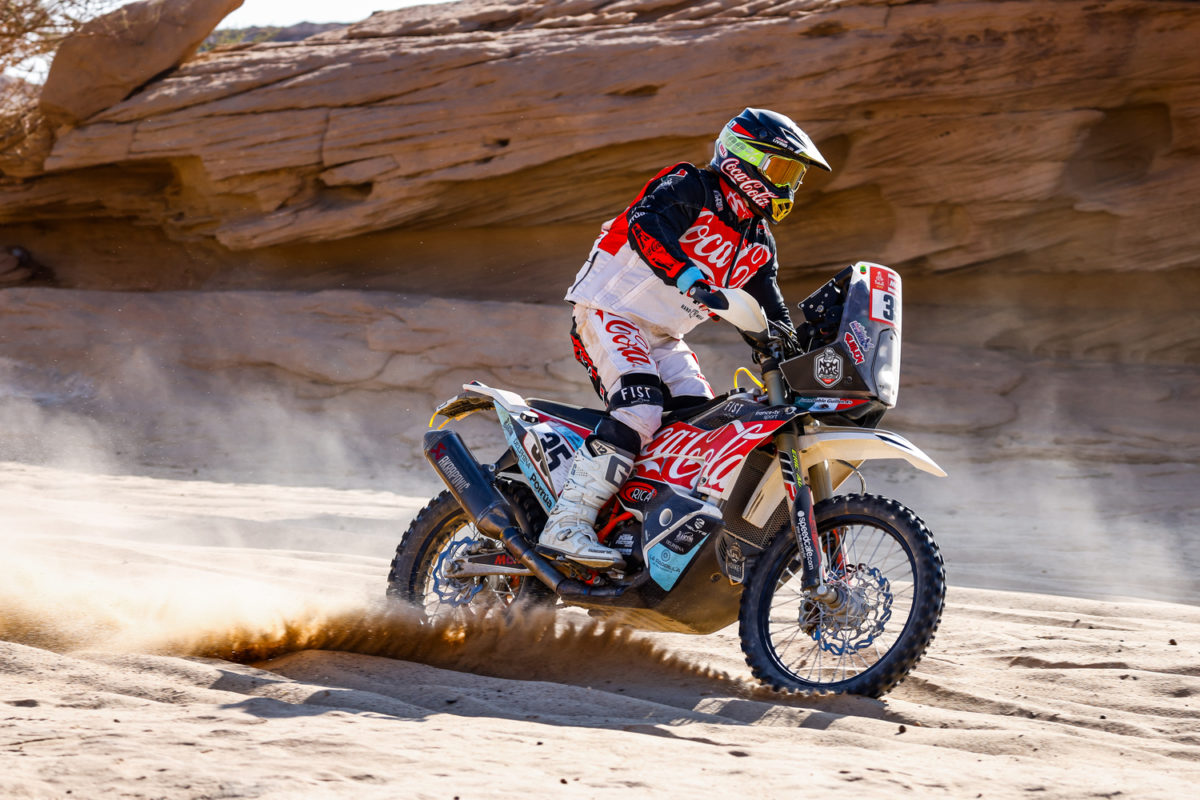 A flawless ride from Toby Price in Stage 10 has earned him a stage win and moved him up to sixth overall – but is he close enough to the leaders to claim a podium? Or a win? This is Dakar – anything can and probably will happen over the final two days of the rally.

Toby did well, really well! What was bad luck for Kevin Benavides (#1 KTM) was good fortune for Toby. Kevin’s KTM failed about a third of the way into the special today and he’s out of the rally. Toby still has a lot of ground to make up to get onto that podium though.

Today’s stage started very early, the first bike left around 4am. Our team of Pablo Guillen (#35 KTM) and Vasileios Boudros (#147 Husqvarna) left just after 5am and it was nice to not be freezing cold in the morning.

The riders covered 760km today with the special stage 375km, only two percent dunes and the rest sand and soil. It was a very fast day.

Vasileios and Pablo both had a great stage today coming 55th and 64th.

Vasileios said “It was crazy fast today in the sand pistes, I had one crash today and the airbag vest deployed but I didn’t lose too much time.”

Although the competitors had 760 km to travel, our assistance route was only 300km so we arrived at the bivouac in Bisha around 11am.

I’m really starting to miss being on the bike right now as we’re in the areas we rode at the start of last year’s Dakar and the terrain is spectacular. Fast, deep, sandy tracks that weave through beautiful rocky mountains and canyons.

There’s two more days to go now until the finish in Jeddah. Stage 11 is fairly short and loops back here to Bisha but organisers are saying it’s the biggest technical challenge of the rally with some of the softest dunes on the desert.