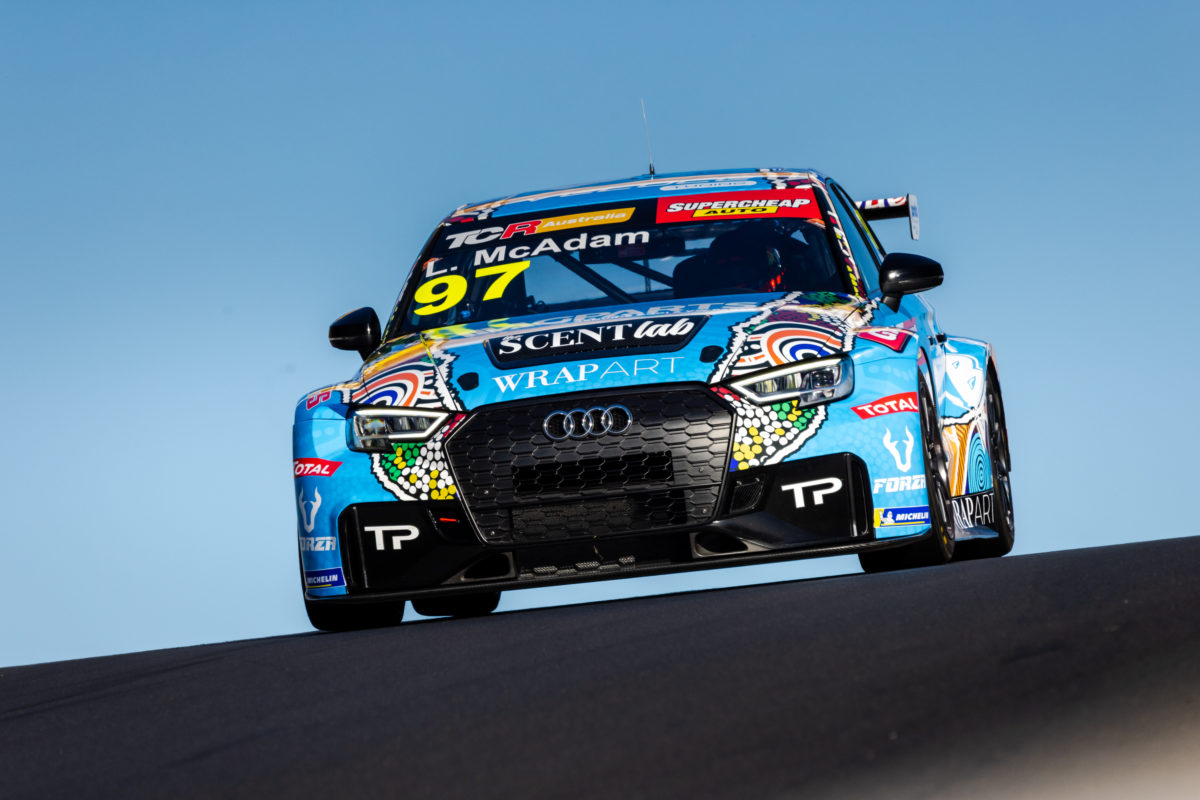 Supercheap Auto TCR Australia Series privateer Liam McAdam has announced that he is planning to contest the full 2022 season.

The 24-year-old has secured sponsorship to enter his Audi RS 3 TCR in all seven rounds, the first of which is set to take place at Symmons Plains next month.

That represents a step up for McAdam, who could only enter last year’s third round at Bathurst due to border restrictions, and who raced at three events in the inaugural, 2019 campaign.

“We’ve got a backer for the year, and we plan on doing the full series,” he said.

“The flip side is that I haven’t done a lot of driving in two years, so that now becomes my full focus.

“We’re testing at Queensland Raceway at the end of the month and then full steam ahead for Tassie.

“I’m really looking forward to the season. I love driving these TCR cars.

“They suit my style and as we saw with Chaz [Mostert] and Luke [King], the Audi is certainly a competitive package.”

Mostert won the 2021 series title while King finished fourth, having been a contender into the final round.

Both were fielded in Audis by the Melbourne Performance Centre team, which has thus far committed to running a brand-new, current-specification RS3 LMS TCR for Jay Hanson.

Round 1 of the Supercheap Auto TCR Australia Series is the headline act for Race Tasmania, taking place at Symmons Plains on February 11-13.