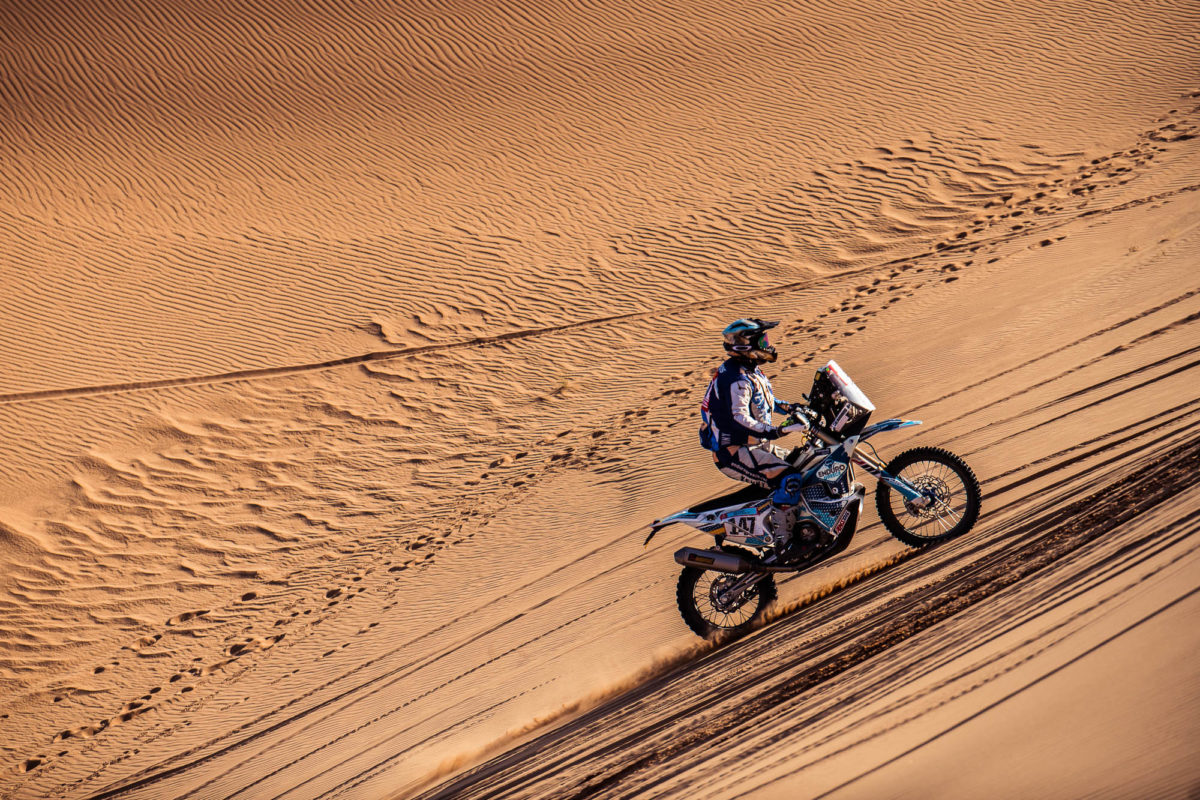 Stage 9 was a shorter stage, just 490km in total with a 287km special. At the head of the field, the top four riders are now separated by under five minutes. Toby Price had dropped out of the top 10 but a penalty for Stefan Svitko brought him back up to ninth.

A shorter day today meant a later start with Pablo and Vasileios [Nomadas Adventure team-mates Vasileios Boudros and Juan Pablo Guillen Rivera] leaving just after 7am. And as we’ve start heading south, the temperature is warming up and the morning stages aren’t so cold as well.

Both Pablo and Vasileios said today’s stage was exceptionally fast, maybe too fast with a couple of very bad accidents. They both had a great day, missing one waypoint each like many of the other riders.

Navigation was quite easy today with many tracks to follow. It was great to see them both come back early and both with smiles on their faces.

Pablo came in about 83rd and Vasileios 70th, so a really good day for both of them. 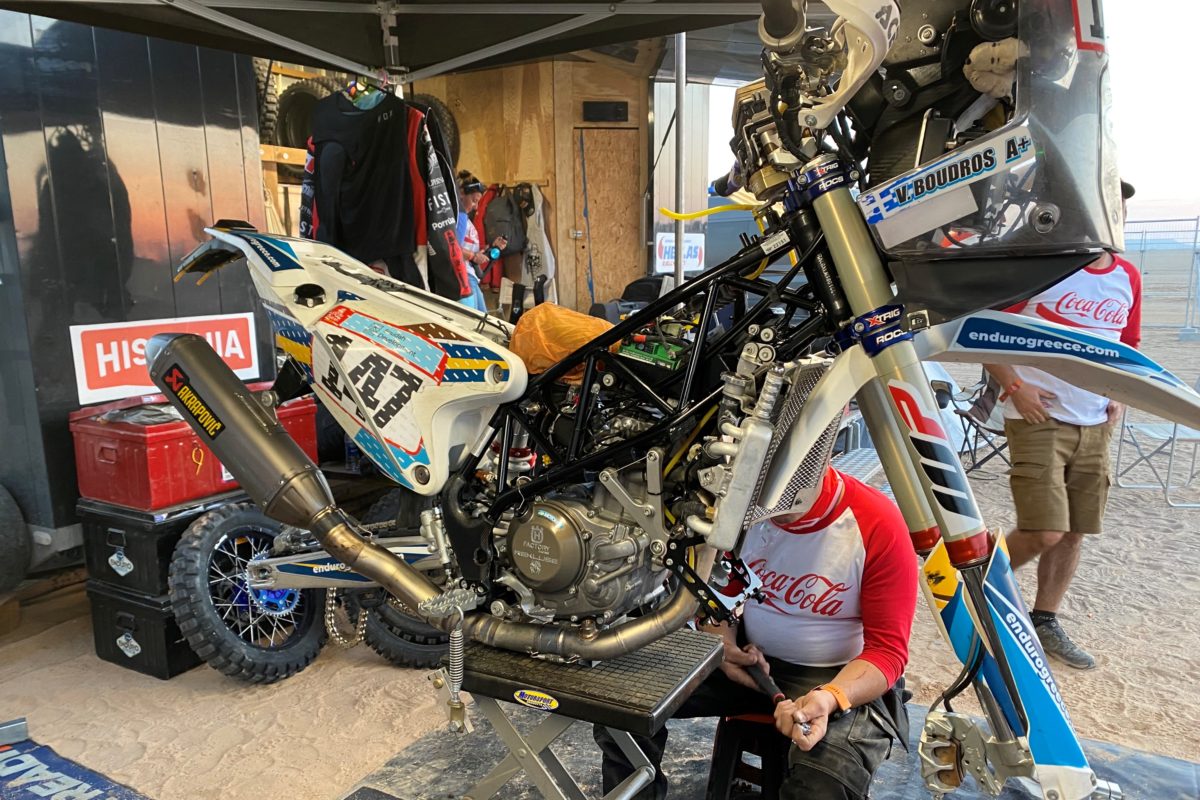 Work in the bivouac

I caught up with Yamaha rider Ross Branch this morning who is also out of the race injured. He had a huge crash a couple of days ago and then rejoined the race to attempt to continue but was in too much pain. After seeing the damage he has done to himself, I would say he is almost as stupid as me for trying to continue.

I first met Ross in Merzouga in Morocco three years ago and he would have to be the nicest guy in the rally. Always makes time to come and say hi to us and always supportive of Pablo and I.

Whilst we were waiting in the bivouac today, we had a bit of spare time so Antonio [team-mate Guillen Rivera Antonio Vicente, also injured], Katie and I relaxed and watched some Netflix and rested our broken ribs together.

Tomorrow we head to Bisha for Stage 10 and it’s now a crucial time to be extra careful in the stages as we get closer to Jeddah.