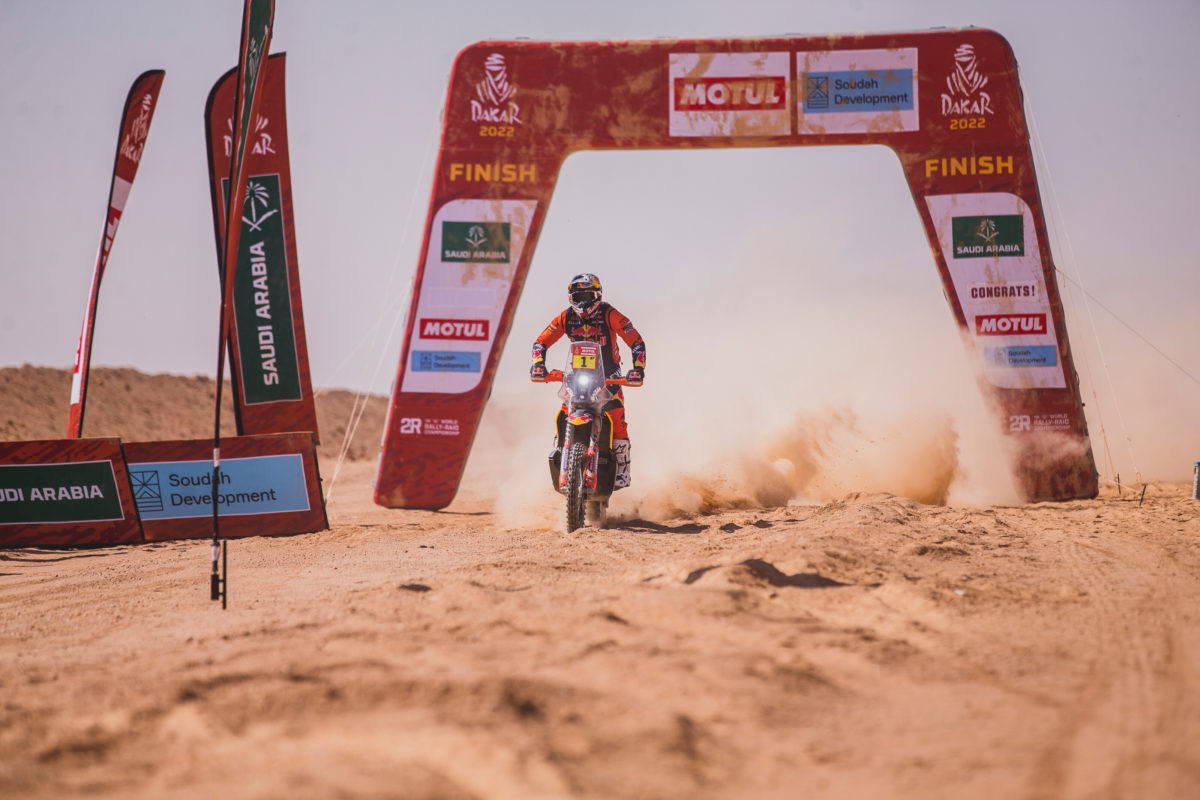 Last year’s Dakar champion, Kevin Benavides, is out of the 2022 event due to a mechanical problem.

The Argentine started the day fifth overall, still in with a shot of back-to-back crowns given he was 10:22s off the pace, but stopped 133km into the 10th special stage.

Until then, Benavides had been running competitively on the third-last day of Dakar 2022, being only 47 seconds away from the benchmark time to the preceding waypoint, at Kilometre 128.

He is now out of the contest and will thus hand over the #1 plate which he earned in 2021.

At this stage, it is Red Bull KTM Factory Racing team-mate Matthias Walkner, who is most likely to succeed Benavides as Dakar champion.

The Austrian, who already has one such title of his own, started Stage 10 with a 2:12s margin at the top of the overall classification, and checked in at the Kilometre 170 waypoint just 1:32s off the benchmark time so far.

Team-mate Toby Price was fifth-quickest to that point, one second ahead of Walkner, but was more than half an hour adrift overall when proceedings kicked off in the morning (local time).