Walkner into Dakar lead as Price slips back

Walkner into Dakar lead as Price slips back 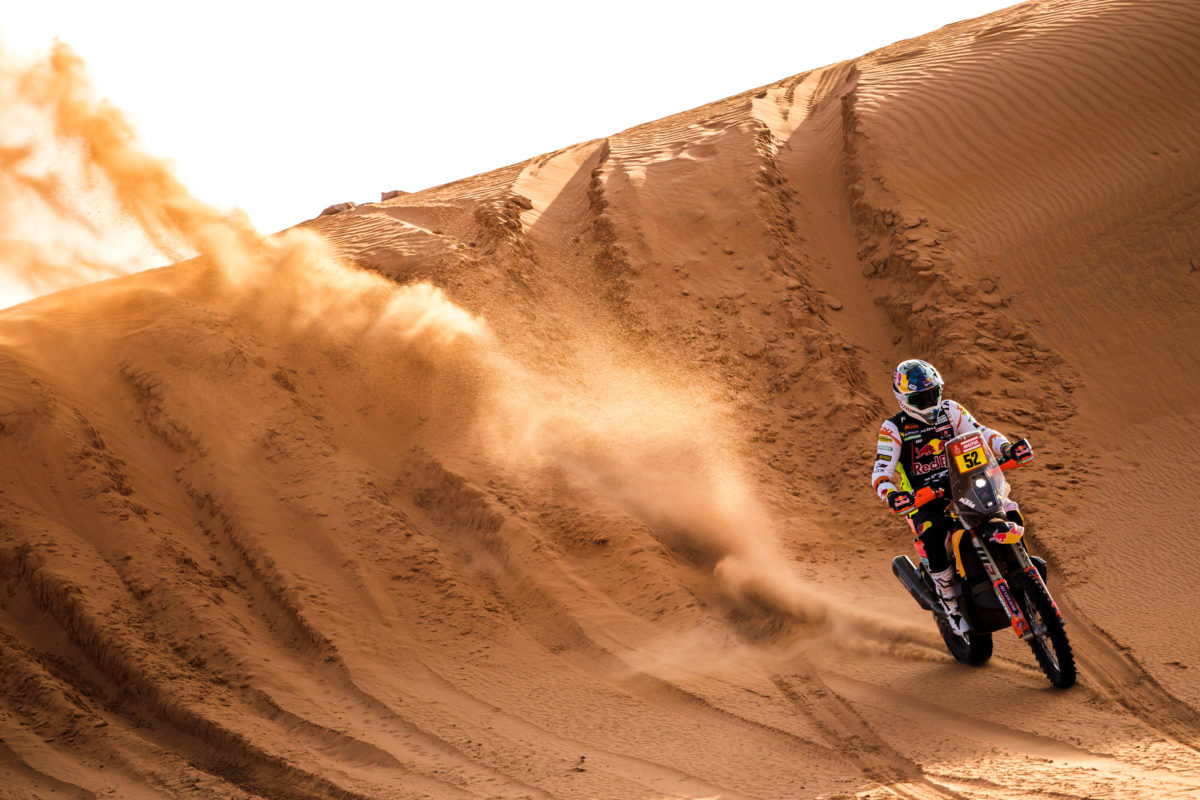 Matthias Walkner has moved into the lead of the Dakar Rally with three stages to go but Red Bull KTM team-mate Toby Price has slipped out of the top 10.

However, with GasGas Factory Racing’s Sam Sunderland another 5:57s further behind in 14th on the day, the Briton dropped from first to second in the overall classification, 2:12s behind the Austrian on the Austrian bike.

While those two are thus well in contention for what would be either’s second Dakar title, and the overall top six tightened up, an already two-time champion gave up more ground.

Sunderland had to open the road after his first stage win of Dakar 2022 on the day prior, but was competitive enough initially in terms of split times.

The GasGas rider was in fact 13 seconds quicker than Walkner to the Kilometre 118 waypoint, but that was where they began to diverge on tracking.

The battle for the day’s bragging rights became a six-way contest between two different manufacturers, which was eventually resolved as a Honda-KTM-Honda-KTM-Honda top five.

Ricky Brabec led most of the stage but dropped to third in the last 87km, with team-mate Cornejo taking over the ascendancy.

The Chilean was 1:26s quicker than KTM’s Kevin Benavides to the finish line and another 21 seconds up on Brabec, with Walkner fourth and Joan Barreda Bort a close fifth.

Adrien Van Beveren is still in the hunt for a maiden Dakar crown despite riding his Monster Energy Yamaha to ninth on the day.

The Frenchman remains third overall and is now 3:56s behind Sunderland, having been 4:43s behind then-leader Sunderland a day earlier.

Pabo Quintanilla was at one stage on to usurp Van Beveren, and possibly even win the stage, but ended up eighth-quickest on the day.

Still, the Monster Energy Honda rider is fourth overall, at a reduced 4:41s from top spot, with Benavides 10:22s off the pace in fifth and Barreda Bort another 35 seconds back in sixth.

While Stage 9 was the shortest of the rally in terms of the 491km total distance, Stage 10 is a long, 759km journey from Wadi Ad Dawasir to Bisha which includes a 375km special.