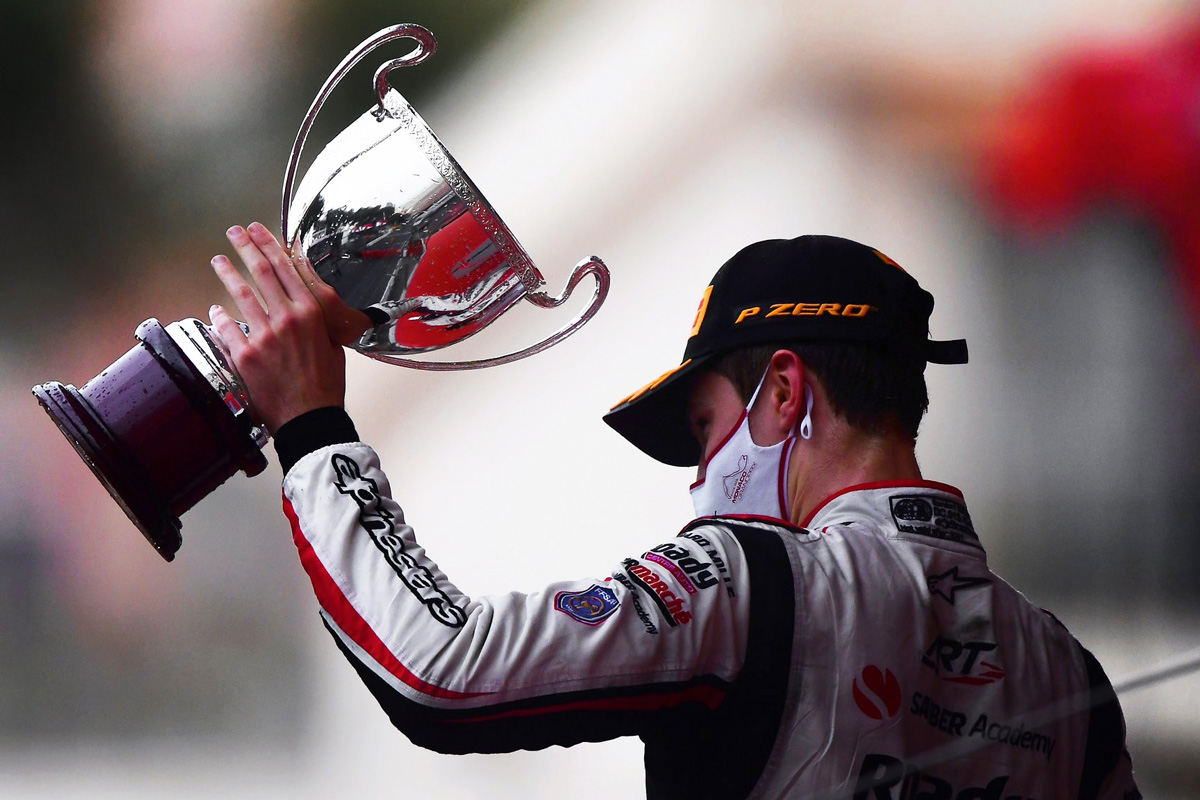 Talented teen Theo Pourchaire has locked in a second full FIA Formula 2 championship campaign as he builds up to a Formula 1 graduation.

The Sauber Academy driver had been a contender for the second F1 seat at Alfa Romeo for this year alongside recruit Valtteri Bottas.

That ultimately went the way of Guanyu Zhou, with Pourchaire left to bide his time a little longer.

All up, he finished the season fifth – a solid platform to build on in 2022, with ART Grand Prix now announcing his return.

“Theo has shown the range of his talents and there are many of them, both in individual terms and athletic ability.

“His motivation and determination are in tune with that of ART Grand Prix and winter preparation is going well.

“When you know that you have all the assets on your side, there is only one thing you can aim for, the title.”

Pourchaire said he’s proud to continue the journey together and made clear he’s aiming high.

“It’s an honour for me to work with such a great team,” said the 18-year-old.

“This will be our third year together and it has become like family to me.

“To continue with them in the pre-cursor to F1 is very exciting.

“I would like to thank the Sauber Academy for accompanying me once again. It will be a busy year and I want to have fun and gain experience for my future.

“We are more determined than ever and we will be aiming for the F2 title.”

Australia will again be represented on the F2 grid, despite 2021 champion Oscar Piastri being ineligible to return, with Jack Doohan scoring a drive at UNI-Virtuosi Racing.