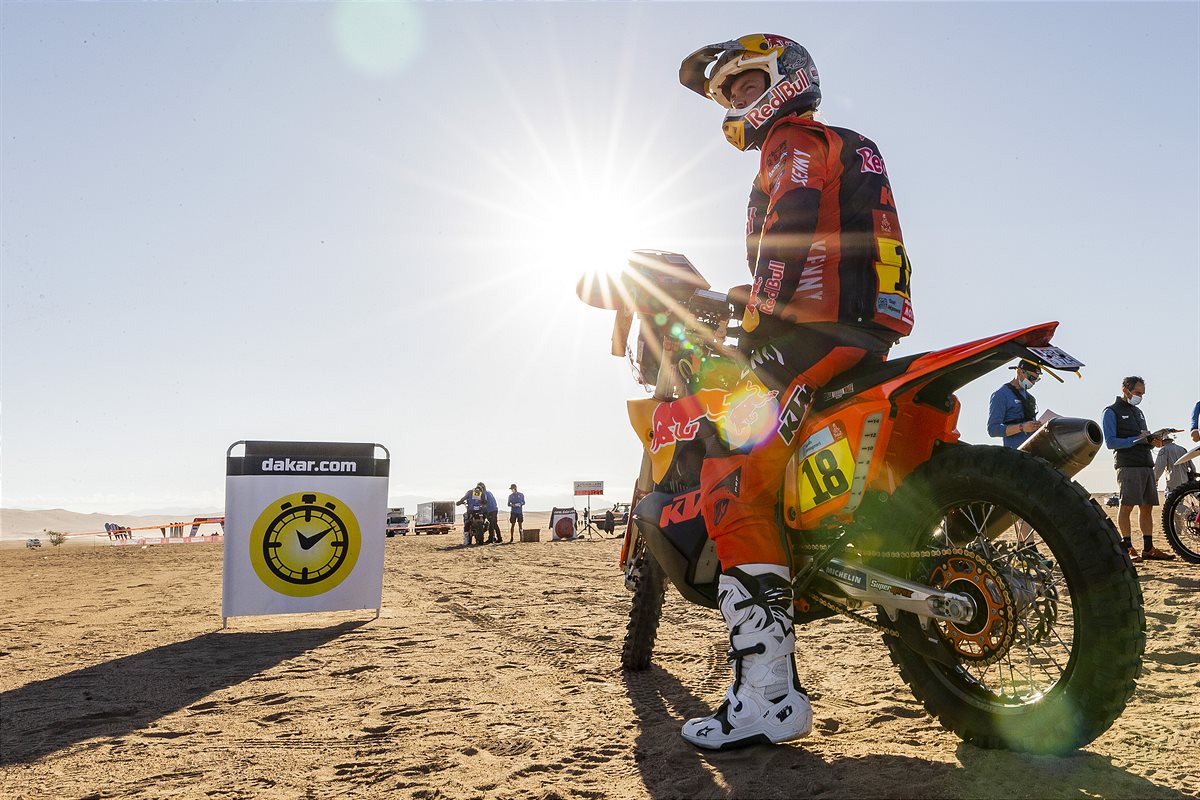 Red Bull KTM Factory Racing’s Toby Price has reflected on the longest day of the Dakar Rally, when he finished sixth on Stage 8.

Price moved up from 11th to ninth overall, the first time he has been in the top 10 since Stage 1A, but is an enlarged 32:30s from the rally lead.

That came on a day when the special stage spanned 395km, but the route added up to an event-high 830km.

“It wasn’t too bad today,” said the two-time Dakar champion.

“I got through most of the stage pretty well, I did make a couple of mistakes, but it’s hard to be absolutely perfect out there.

“The liaisons from today have meant it’s been a really long day in the saddle.

“All-in-all the bike was really good though and I’m ready for another day.”

He is 3:45s up on Red Bull KTM’s Matthias Walkner at the head of the classification.

Meanwhile, fellow GasGas rider Daniel Sanders has explained how he crashed out of the event on the way to the start of the seventh special, saying he is “really lucky to be alive.”