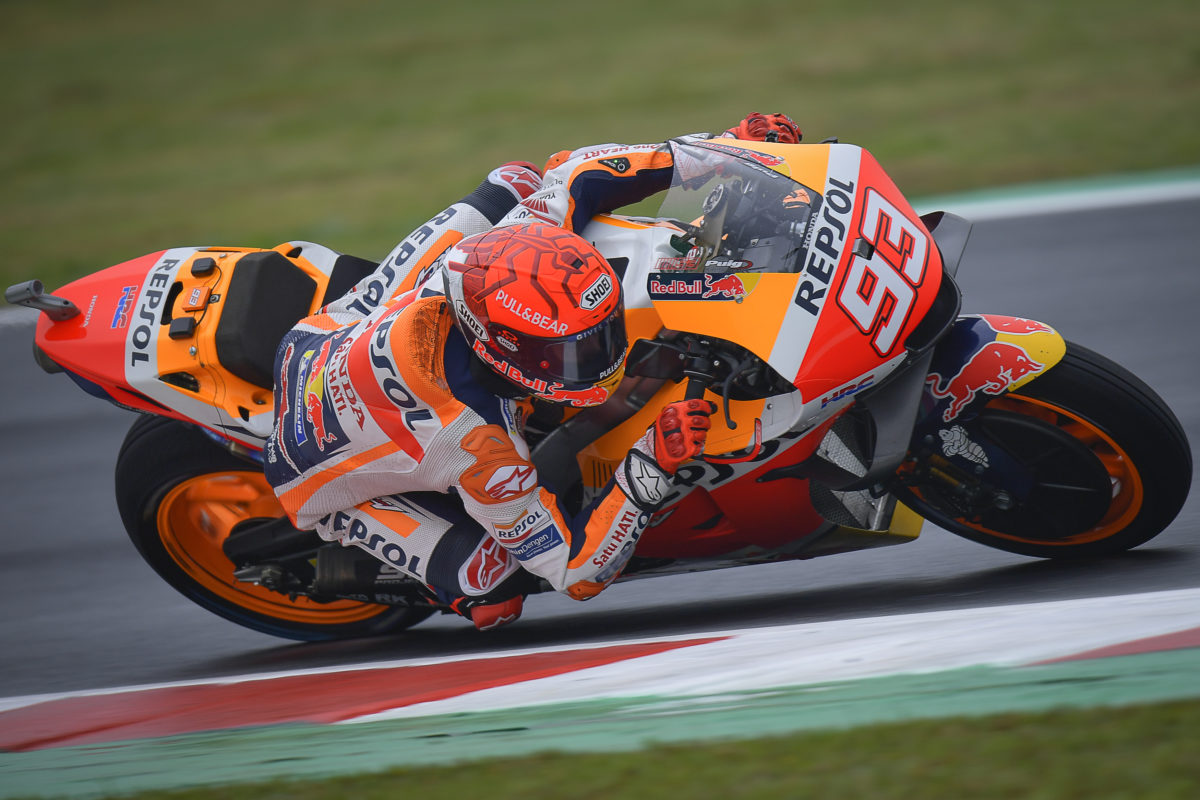 Honda has announced that Marc Marquez will miss an upcoming online presentation for its MotoGP teams, amid ongoing uncertainty over his recovery from his latest injury.

The Japanese marque will hold an online press event this Friday, January 14 (local time), with both the factory squad and its satellite team to be represented.

However, only three riders will be involved, namely the Repsol Honda Team’s Pol Espargaro and LCR duo Alex Marquez and Takaaki Nakagami.

Marc Marquez, on the other hand, will be absent, with HRC (Honda Racing Corporation) advising that he will focus “on his recovery and pre-season preparation,” according to multiple European outlets.

NOTE: This story was originally published under the headline ‘Marquez to miss Honda MotoGP season launch’. The Repsol Honda Team will in fact conduct its own season launch on February 8, with both Marc Marquez and Pol Espargaro to participate. The online presentation will still be held this Friday, and Marquez is still set to miss it.

The announcement casts more doubt over the notion that the six-time premier class champion will be fit for the start of the 2022 season, or indeed pre-season testing from early-February, after his training crash on the last weekend of October.

Marquez missed the last two rounds of the 2021 campaign as a result, as well as the post-season test which followed days after the Valencia finale.

On December 22, HRC issued a statement advising that he was progressing “adequately” with the diplopia (double vision) which he suffered following the aforementioned crash.

However, while committing him to continued physical training, the communication did not nominate any estimated return date as far as riding a MotoGP bike is concerned.

Otherwise, HRC has been typically guarded about the condition of its superstar, although Marquez himself did take to social media last week to post a photograph which appeared to show him during pre-season training.

Official pre-season activity starts on January 31-February 2 with the Shakedown Test at Sepang while, fitness permitting, Marquez would be back in action with the Official Test which runs from February 5-6, also at the Malaysian Grand Prix venue.

After another test, at Indonesia’s new Mandalika street circuit, Round 1 is the Qatar Grand Prix, on March 4-6.

If he is unable to race at that event, it would be the third straight year in which Marquez has missed at least part of a season due to injury.

He crashed heavily in the 2020 curtain-raiser, that July at Jerez, with his broken arm and botched recovery ensuring he was sidelined for the rest of the year, save for a quickly aborted comeback attempt on the weekend after the incident.

The Spaniard’s lay-off persisted through Round 2 of 2021 at Losail and he competed at less than full fitness thereafter, notwithstanding the three grand prix wins he managed to rack up.

Marquez was in fact on a run of two victories in a row, including one at a clockwise circuit which is particularly challenging given his weakened physical state, before the spill in an off-road training session which was initially said to have caused “a slight head concussion”.

A subsequent examination saw him diagnosed with “diplopia and … a paralysis of the fourth right nerve,” the same nerve which he injured in a Moto2 crash in 2011.

If he is to miss more racing in 2022, test rider Stefan Bradl is an obvious possible replacement.

Marquez was part of last year’s season launch, although a stunt double rode the #93 motorcycle for a video which was part of the presentation.

Repsol Honda team manager Alberto Puig told media in his native Spain that the squad was “not considering” starting the 2022 season without Marquez, in comments reported prior to the December 22 update.