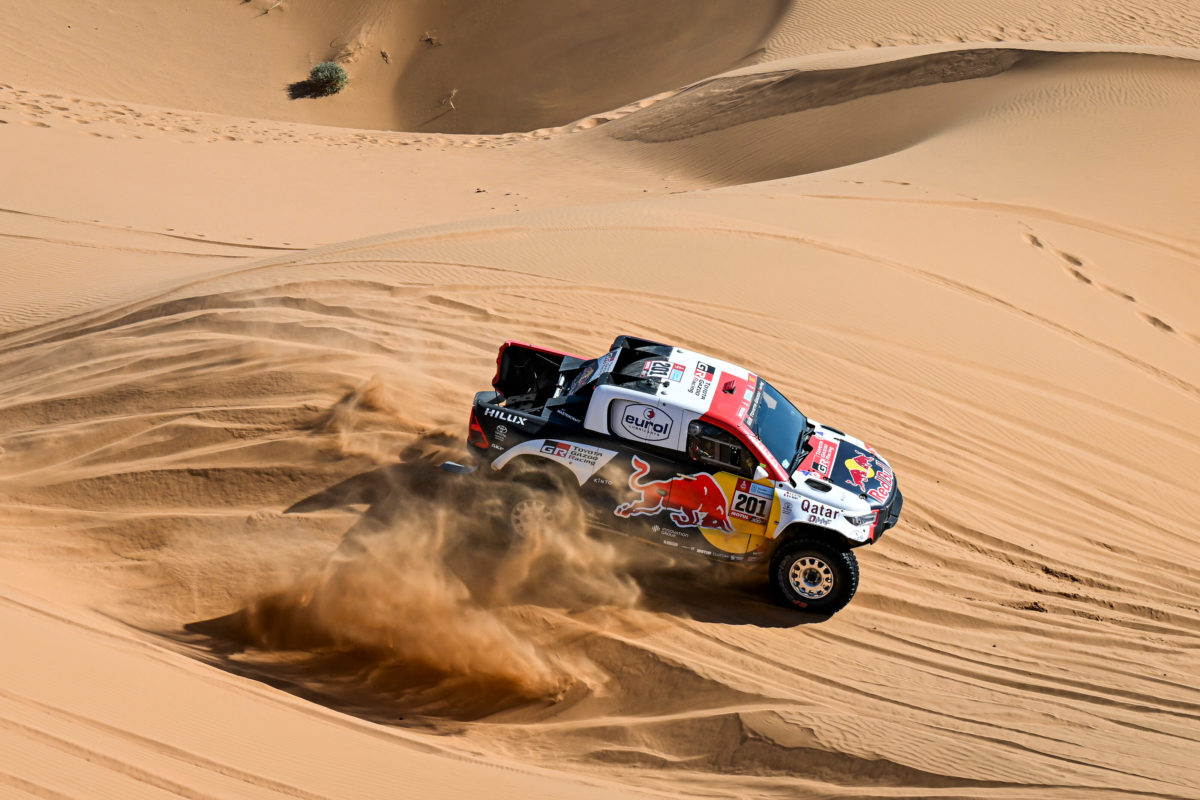 Toyota’s Nasser Al-Attiyah has survived a mechanical scare to continue to lead the Dakar Rally, as Audi’s Mattias Ekstrom picked up a maiden stage win.

Al-Attiyah completed a majority of the stage in front-wheel drive due to a rear differential issue for his Hilux and while he lost seven minutes relative to Sebastien Loeb, the three-time Dakar champion’s overall lead to the Frenchman is still 37:58s.

Both suffered punctures on Stage 8, from Al Dawadimi to Wadi Ad Dawasir, and Loeb even lost his other spare wheel along the way, although he escaped a time penalty for that incident.

The latter opened the stage in his Bahrain Raid Xtreme-entered Prodrive Hunter, but it was not long before he had to stop in order to replace that punctured tyre.

Loeb was nevertheless quickest to the Kilometre 170 and Kilometre 201 waypoints, but elected to drive cautiously to the end after noticing the missing spare wheel at the first neutralisation.

In the end, he still clocked the third-quickest stage time, 3:08s behind Ekstrom.

“We pushed really hard from the start until the end because we were opening the road, so we just wanted to stay ahead and not have Nasser following,” said Loeb.

“We tried really hard from the start, but I had a puncture.

“We changed the wheel quickly and finally we continued like that until the neutralisation point when we saw that we had lost our spare wheel and it was the only one we had left, so I was a bit careful at the end, but I think in the end I drove a good stage.”

Al-Attiyah ended up 11th on the day, but it could have been so much worse.

“We only had front-wheel drive for the last 350km of the stage,” he said.

“I was scared we would get more problems but then decided to push for the last 50km.”

After a tough first week in particular, Stage 8 was much kinder to Team Audi Sport.

Ekstrom won the stage by 49 seconds over team-mate Stephane Peterhansel, despite the latter having to stop to change a bonnet which he smashed on a dune, and Carlos Sainz took fourth in the other RS Q e-tron.

“For Emil [Bergkvist, co-driver] and myself, we feel like the rookies here, learning every day and trying to manage the risk and there are so many kilometres where you can have a mistake,” said Ekstrom.

“Today, I’m happy because we didn’t do any; maybe we were too conservative, but there are still many days to go.

“I think the car is good. I’m also starting to get confident with the set-up. We have found a set-up that I like a lot. But we have to develop the car much more. It’s still a very young car in its lifetime.”

Molly Taylor has moved up two positions to 11th overall after setting the eighth-fastest stage time in her Can-Am. 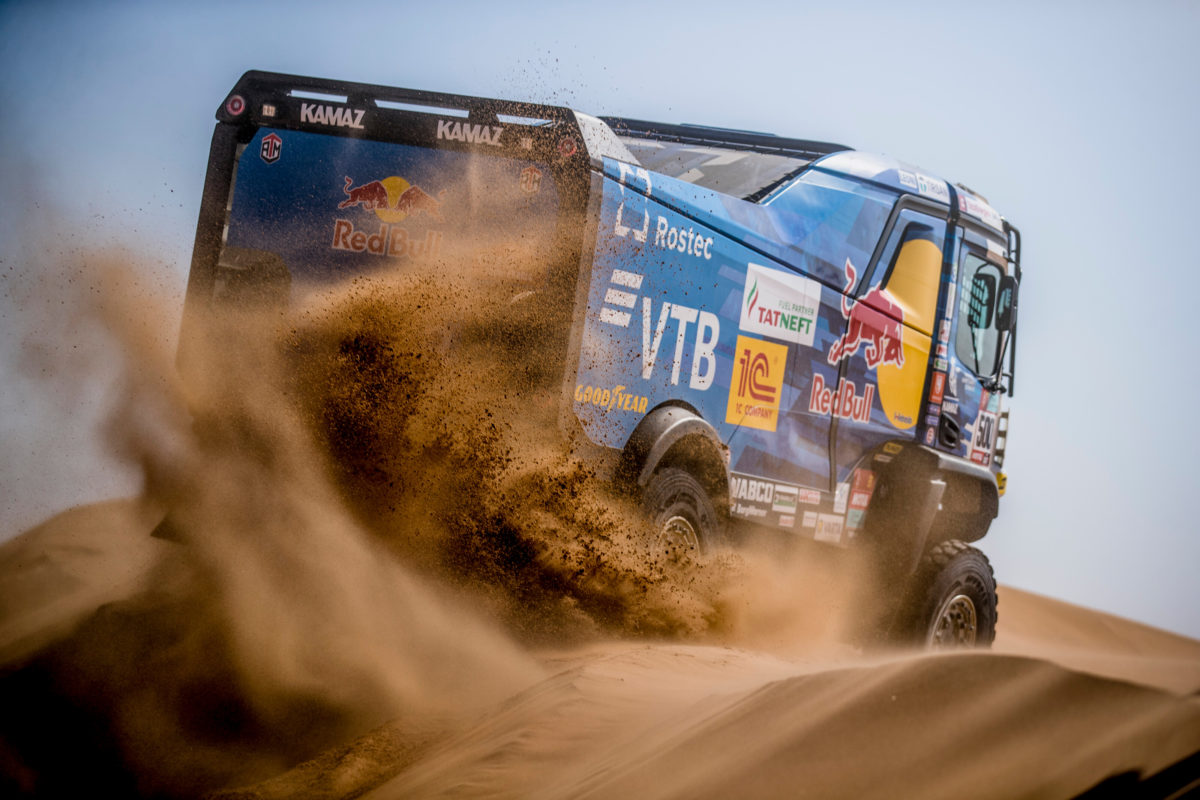 In Trucks, Dmitry Sotnikov stretched his margin over Kamaz-Master team-mate Eduard Nikolaev to 11:25s at the head of the overall classification by taking out the stage.

Stage 9 is a loop around Wadi Ad Dawasir.