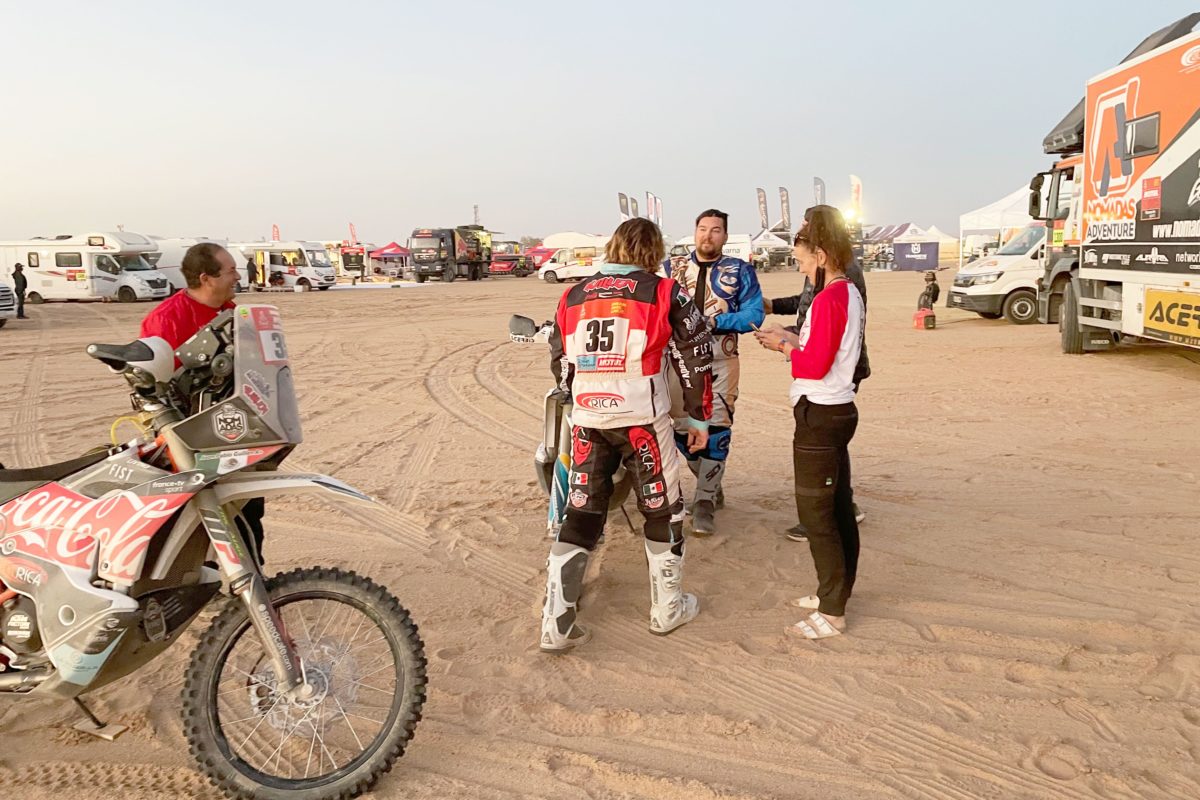 Although not the longest special of the 2022 Dakar Rally, Stage 8 was actually the longest overall day – 830 km including a 395 km special. The teams and competitors said goodbye to Al Dawadimi and headed to Wadi Ad Dawasir where they will spend the next 2 nights.

We were up early to get our two remaining riders on their bikes for their longest day, which also meant it was going to be our longest day on the road to get to the next bivouac to meet up with them.

We spent just over eight hours today traveling along dodgy roads with high side winds which moved the van around all over the place, but we made it in before the riders and got set up for our two-night stay. At least we didn’t have any breakdowns in the van!

It was definitely not as eventful as yesterday, but there was a change in the landscape with a lot of rocky hills and plateaus among the sandy, open plains.

For our Nomadas Adventure Coca-Cola riders it was a mixed day.

Pablo [Guillen Rivera] excelled today making no mistakes and cruising through the dunes with ease. He has great rhythm and speed in the dunes and this really showed with him finishing in 71st position.

Vasileios [Boudros] had a good day but got caught on a dune for a little while.

It looks like Toby [Price, Red Bull KTM Factory Racing] had a great day and is getting stronger towards the end of the rally. Unfortunately, Ross Branch’s accident a couple of days ago caught up with him and he was unable to start today.

Our bivouac is in Al Dawadimi for the next two nights, which will give me a good chance to rest and walk around, have good look at the bivouac, and catch up with some friends.