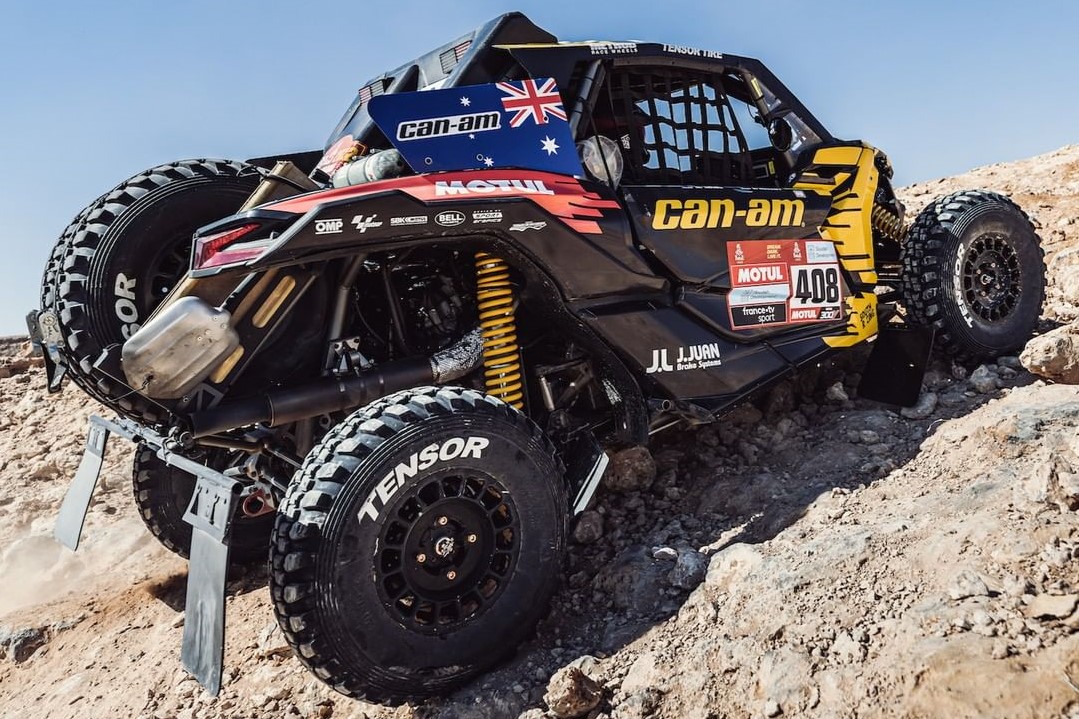 Molly Taylor has set the 12th-fastest time on Stage 7 of the Dakar Rally in SSV after a spate of problems along the way.

“Pretty disappointing day, to be honest,” said Taylor on social media after the completion of the Riyadh-Al Dawadimi stage.

“[We] got going again, dropped back a bit more, so there was quite a bit of traffic, and we lost our way a little bit in a couple of waypoints, trying to find the hidden waypoints, then we were trying to fight our way back.”

That was not the extent of the dramas for #408, however.

“About 20km from the end of the stage, we got a puncture,” added the 2016 Australian Rally Champion.

“[We] stopped to change that, car fell off the jacks, that took a while, finally got going, got to the finish, but we’re still working towards having that one stage with no dramas.

“So, we’ve got five more opportunities to do that and we won’t give up.”

Kamaz-Master’s Dmitry Sotnikov leads the Trucks race by a reduced, 5:14s margin over team-mate Eduard Nikolaev, while Anton Shibalov won the stage in another of the Russian outfit’s entries.

Stage 8 takes the field 830km to Wadi Ad Dawasir, including a 395km special.