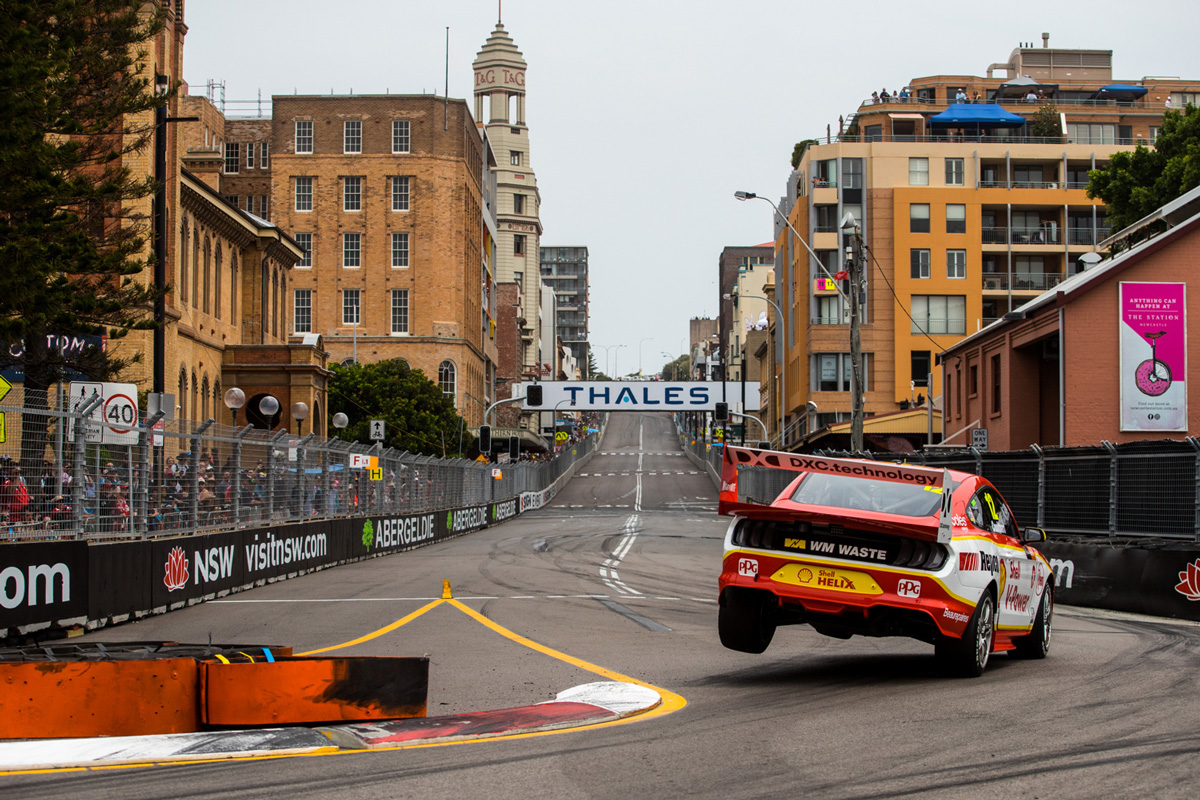 Supercars last raced on the streets of Newcastle in 2019

The mass spread of the COVID-19 Omicron variant is causing Supercars renewed potential headaches with regards to its calendar.

The first changes to the 2022 championship schedule could come before a single racing lap is completed, with discussions to take place around the feasibility of still running the Repco Newcastle 500 as the season-opener on March 4-6.

The 2022 Bathurst 12 Hour could also be pushed back from its current February 25-27 dates, with a May slot speculated to be a fallback option.

A spokesperson told Speedcafe.com: “Supercars is monitoring the situation in New South Wales.

“There are no changes confirmed for the calendar at this point in time.”

Given the government funding involved, street circuit events like Newcastle typically hinge on being able to draw in a large crowd.

Townsville is the only street track to have hosted Supercars since the pandemic hit Down Under; Newcastle has not featured since the 2019 season finale.

Whether restrictions would be placed on attendances – or just how many drivers and other personnel would be unable to travel due to COVID – is up in the air. Shell V-Power Racing Team driver Will Davison was last week confirmed to have contracted the virus.

New South Wales this morning reported its deadliest day of the pandemic, with 18 fatalities in a 24-hour period.

Both the 2020 and 2021 Supercars calendars had to be rejigged significantly on multiple occasions to cater to the restrictions triggered by COVID, and it appears that scenario is not out of the question for a third straight year.

As for the 12 Hour, which is a Supercars-owned event, the challenge for the GT enduro is being able to attract a strong contingent of international drivers and teams.

The new Supercars board is due to meet this week.

Needless to say, a decision will be required sooner than later, given work would need to begin on the Newcastle circuit in the coming weeks in order to be ready for the first weekend of March, should the original date get the green light.