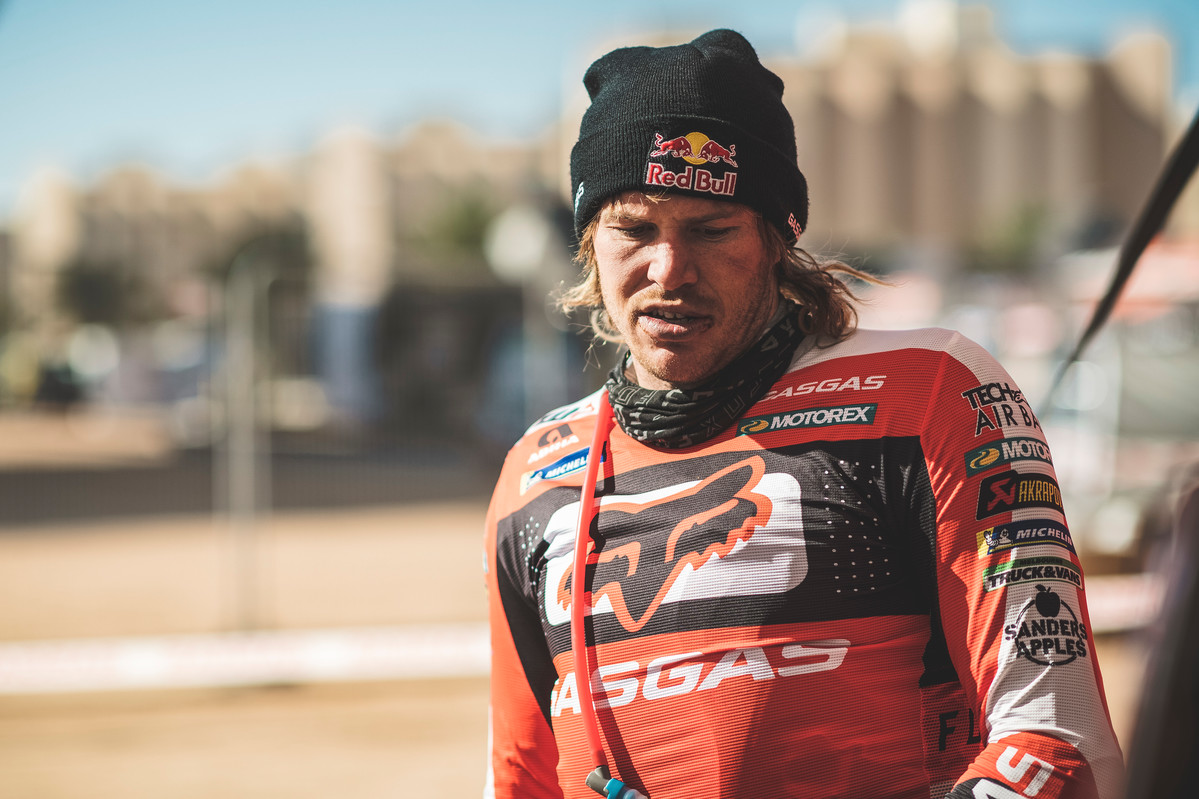 Australian Daniel Sanders is set to undergo elbow surgery after crashing out of the 2022 Dakar Rally, GasGas Factory Racing has advised.

Sanders fractured his left elbow and wrist when he crashed on the opening liaison section of Stage 7 of the event, which he was to have opened given he won the previous special.

An operation is likely to take place at some point today, AEDT.

“Daniel will remain in hospital overnight tonight while undergoing ongoing medical checks, ahead of expected surgery on his elbow tomorrow,” GasGas announced after completion of the Riyadh-Al Dawadimi stage.

Sanders had been third overall, 5:35s behind pace-setting team-mate Sam Sunderland, when Dakar 2022 resumed after the rest day.

His crash left Sunderland opening the road for Stage 7, and the Briton would go on to drop to fourth overall, 5:38s behind new leader Adrien Van Beveren, after setting the 28th-fastest time on the day.

“A bit of a rough day for me today,” said Sunderland.

“It was a difficult stage, made even more challenging by leading out.

“After the rain that had fallen recently, it had washed sand onto many of the tracks, which made navigation even more difficult as you couldn’t always see the track beneath the sand.

“Starting up front was really difficult, but I managed the stage the best I could.

“It was the same for everyone though and I’m glad to have not lost too much time.

“Also, I want to wish Daniel all the best – he had a big one today.”

Red Bull KTM Factory Racing’s Toby Price, who crashed out while in contention for the Dakar Rally win last year, is the last remaining Australian in the Bikes field.

The two-time champion of the event is 11th overall, 29:29s behind Van Beveren.