Sanders ‘really lucky to be alive’ after Dakar-ending highway crash

Sanders ‘really lucky to be alive’ after Dakar-ending highway crash 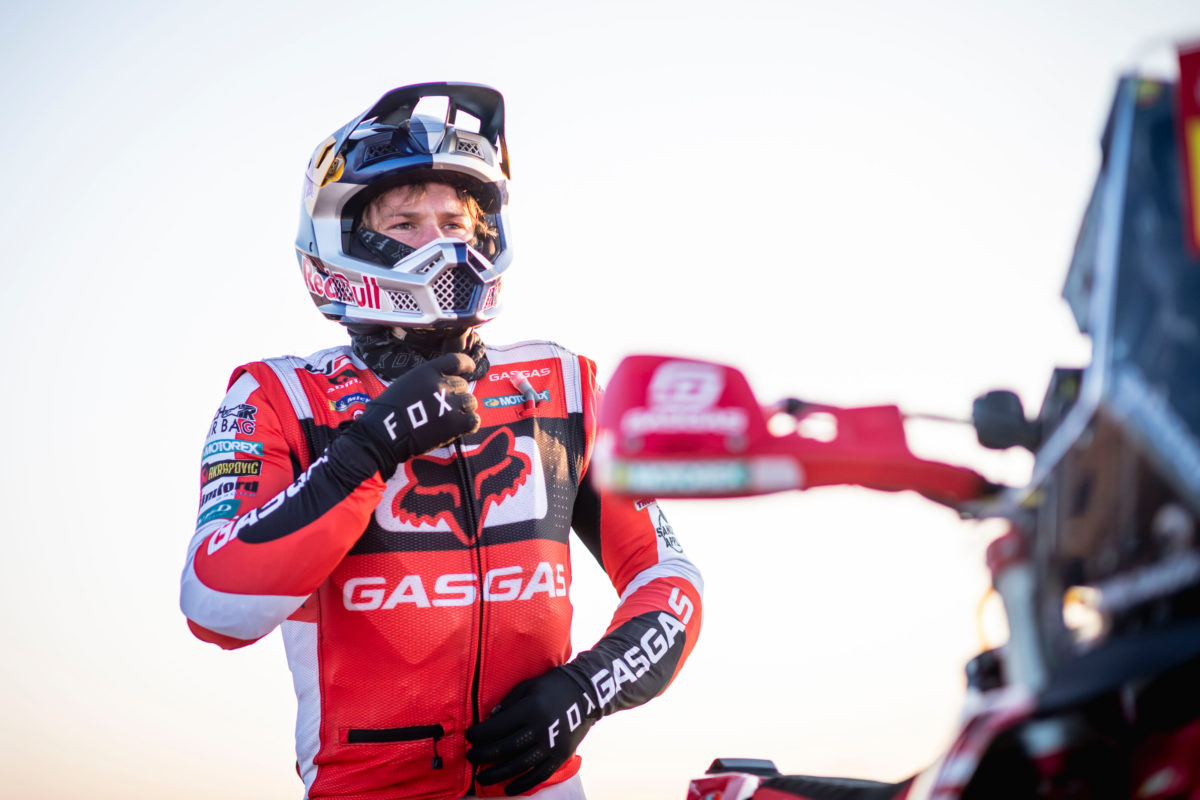 GasGas rider Daniel Sanders says he is lucky to be alive after the road accident which brought a premature end to his 2022 Dakar Rally campaign.

Sanders crashed on the opening liaison for Stage 7 of the event, which he was to have opened by virtue of winning the stage prior to the rest day.

Instead, the Victorian fractured his left elbow and wrist, taking him from title contention in just his second Dakar start to imminent surgery.

Now, from his hospital bed, he has recounted just what happened that fateful morning (Sunday afternoon, AEDT) in Riyadh. 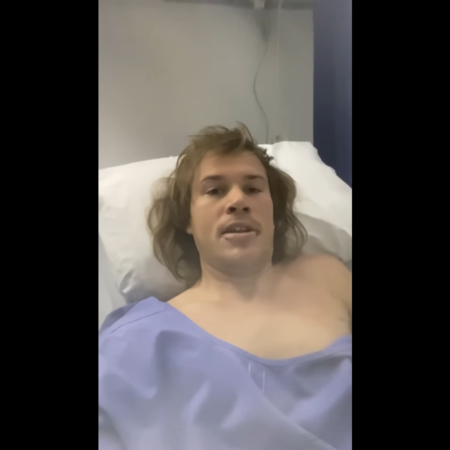 Sanders says he was riding at around 120km/h on a highway when he had to grab the brakes hard due to the presence of a kerb which took him by surprise in the darkness of the morning.

“I had a crash yesterday on the road section, going to the stage,” he explained in a video posted on his Facebook page from hospital.

“Unfortunately, it was really dark in the morning, and on the highway/freeway there were two lanes. On the left, that was the fast lane normally, and they turned into like a U-turn and there was a big kerb.

“So, I was just about to pass a car, and then saw this coming up at me at 120km/h and then slammed the front brakes on.

“That just immediately dropped the front end and I slid across the road, around probably 110[km/h], and then collided with this kerb that was, I don’t know, maybe a foot off the ground or something.

“Really, really lucky to be alive.

“Thankfully, the team were right behind me and some riders that stopped.” 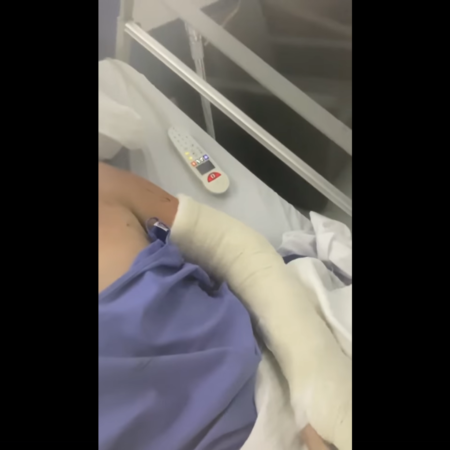 Sanders also expanded on the injuries which he suffered, namely fractures to a wrist and elbow, and kidney damage.

“I’ve broken my elbow in two bits and there’s a few other little bits floating around,” he added.

“[I] fractured my wrist down the bottom – just the radius, so it’s not too bad – [and] damaged my kidneys a fair bit, so she’s not in too good shape at the moment, but we’ll be good soon.

“Hopefully [I will] get this surgery done today on the elbow and I’ll be back in the bivouac at the camp and helping the boys out and we’ll give them some motivation.”

Ironically, Sanders had been high on confidence after winning Stage 6, and was annoyed about that special being cut short after organisers deemed the track “impassable” due to damage caused by the Trucks field and overnight rain.

He put the unfortunate end to his quest for a maiden Dakar crown down to the nature of rally-raid.

“It’s been a rough Dakar; I just want to thank everyone who’s been involved in getting me here,” said Sanders.

“It’s been a long eight months away from home training, dedicating everything to this race.

“Really disappointed to end it out this way, but this is the rally life; you never know what you’re going to get each day, and you have to focus 24/7 when you’re out there.

“I’ll be back for sure next year, recover up – hopefully not too long – and we’ll be back at it.

“I’m in good hands and thankfully the team’s got a good doctor with us that travels for the whole race, so he’ll help with the surgery today and everyone’s been really supportive.”