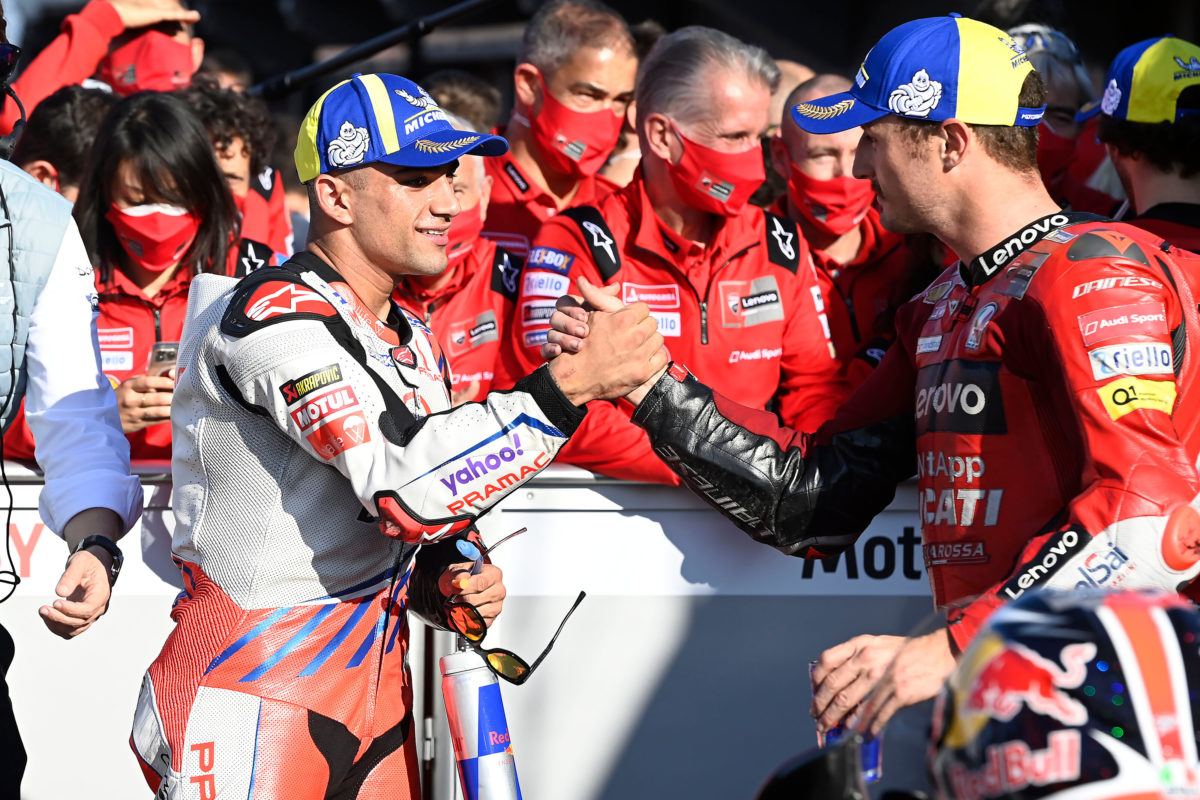 Jack Miller appears to be under mounting pressure at Ducati’s factory MotoGP team, and that is the topic of this week’s Pirtek Poll.

Both his and team-mate Francesco Bagnaia’s contracts run out this year, and Jorge Martin’s impressive rookie season points to a three-way fight for the seats on the two red bikes.

Already, however, prominent rider manager Carlo Pernat has declared that Miller is a 99 percent chance of leaving the Ducati Lenovo Team at the end of 2022.

With that in mind, we ask if you think the Queenslander will keep that ride or not.

Miller was an obvious and arguably deserving call-up to the Ducati Lenovo Team for the 2021 MotoGP season by virtue of his performances at Pramac Racing in 2019.

In fact, so good was his finish to that season, there were rumours that Ducati would swap Danilo Petrucci from the factory team back to Pramac in 2020.

While that never came to pass, Miller’s promotion was sealed before Petrucci even had a chance to save his ride at the Bologna marque, given the pandemic delayed the start of the 2020 season.

Bagnaia, on the other hand, was pushed up from Pramac after talks with incumbent Ducati Team pilot Andrea Dovizioso broke down, suggesting he would be the ‘number two’ rider at the squad in the year just passed.

While the 2018 Moto2 champion went winless through the opening 12 rounds of 2021, he racked up his first four premier class victories in the last six races of the campaign.

The 24-year-old Italian was also the last man to drop out of the fight for the riders’ championship, which Yamaha’s Fabio Quartararo clinched with two grands prix to spare.

With Bagnaia finishing the season in second spot, two positions and 2.84 races (71 points) ahead of Miller, it is the former who has the inside running in terms of those currently domiciled at the works team.

Then there is Martin, who is about to embark on his second season at Pramac, essentially Ducati’s B team.

The Spaniard qualified on pole at just his second attempt in the premier class; went and broke multiple bones when he crashed in practice a fortnight later; and thus missed another three rounds altogether.

However, when the season resumed after the summer break, Martin helped himself to two more poles, the first of which he converted into his first win in MotoGP and the second to another podium. 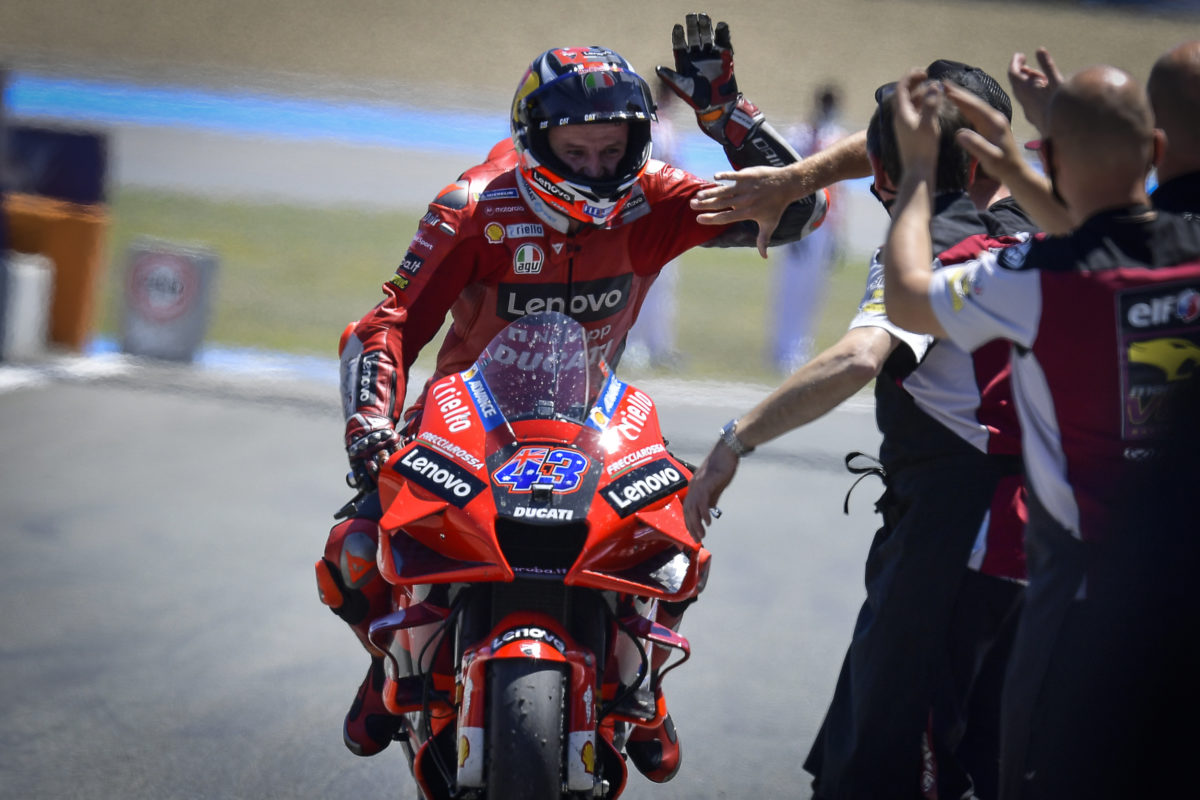 Still, #43 won two races last year, including a first in the dry in MotoGP.

While that was when Miller inherited the lead from Quartararo after the Frenchman came to suffer from arm pump, finishing only behind the Yamaha-mounted eventual champion at Jerez would have been a highly commendable result for a Ducati rider.

Furthermore, Ducati sporting director Paolo Ciabatti stated late last year in response to a question from Speedcafe.com that “nobody has doubts about Jack’s talent,” and said tyre management is something they will look to work on with him.

It should also be pointed out that Pernat, a regular in Italian media, is hardly an independent observer in this situation.

He counts Enea Bastianini as one of his clients and the 24-year-old, who moves to Ducati satellite squad Gresini Racing this year after finishing 11th in his rookie season for Esponsorama Racing, is an obvious candidate to fill a vacancy which might arise at Pramac.

However, Ducati is not necessarily patient with its factory team pilots, and its Desmosedici is a highly appealing motorcycle at this point in time.

That means the early rounds of the season ahead will be crucial in determining which two of Bagnaia, Martin, Miller, or potentially someone else, unlikely though that seems right now, will get those seats in 2023.

Do you think Miller will remain at the Ducati Team in 2023? Cast your vote below, in this week’s Pirtek Poll.