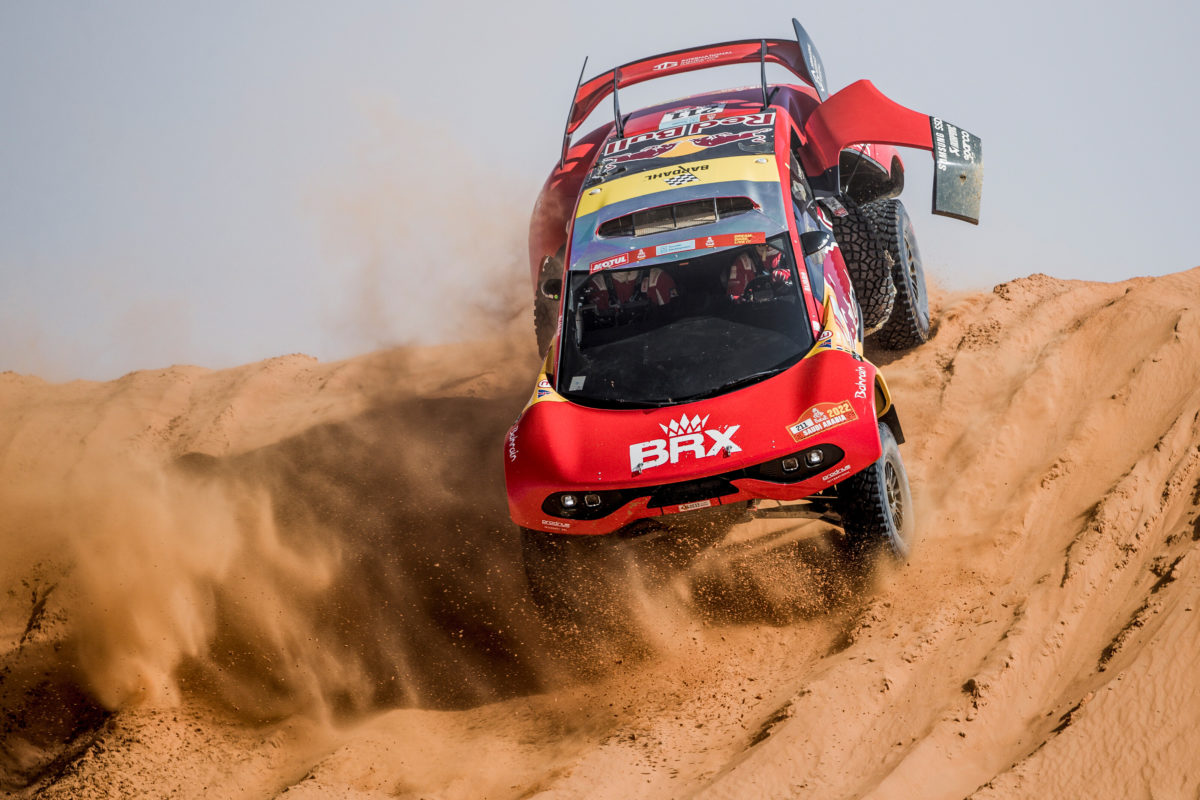 Sebastien Loeb has moved back into second overall by winning Stage 7 of the 2022 Dakar Rally, despite an engine problem.

The Bahrain Raid Xtreme driver prevailed by 5:26s on the Riyadh-Al Dawadimi stage, but Nasser Al-Attiyah was next-best on the day and still leads the Cars section of the rally by 44:59s.

Al-Attiyah’s Toyota Gazoo team-mate Henk Lategan and Team Audi Sport’s Carlos Sainz both had spells in the lead within the first 100km, while Mattias Ekstrom was also prominent.

However, when Loeb hit the front at the Kilometre 221 waypoint in his Prodrive Hunter, that was where he would stay.

Al-Attiyah was ahead on the road and the three-time Dakar champion would be the one setting a marker at the latter three waypoints of the 402km special, but Loeb bettered them each time.

The nine-time World Rally Champion, who is on the back foot after a bad Stage 6, did so despite problems for his Hunter.

“We had a fantastic special until 50km before the line, when we started having engine problems,” revealed Loeb.

“It just sputtered on, off and on again… We lost a lot of time near the end, but we still came out on top, so no complaints from my side.

“We’re not in a position of strength, there are no questions to be answered. There is no strategy.

“We’ll just do our job and see how it plays out.”

Sainz began to drift around halfway through the special, and his time would ultimately be 7:43s away from Loeb’s, with Stephane Peterhansel fourth in another RS Q e-tron and Overdrive Toyota’s Yazeed Al Rajhi fifth for the day.

Said Sainz, “We got lost three or four times at least.

“You can be just 30m away from a hidden waypoint and you still don’t catch it.”

Factory Toyota Hilux driver Giniel De Villiers, who recently had a five-hour penalty for running over a motorcycle rescinded, dropped from fourth in the rally classification to eighth.

The South African suffered a mechanical issue during the stage, with Lategan stoping to assist his team-mate.

Five stages remain in Dakar 2022, the next taking the field to Wadi Ad Dawasir with a 395km special along the way.