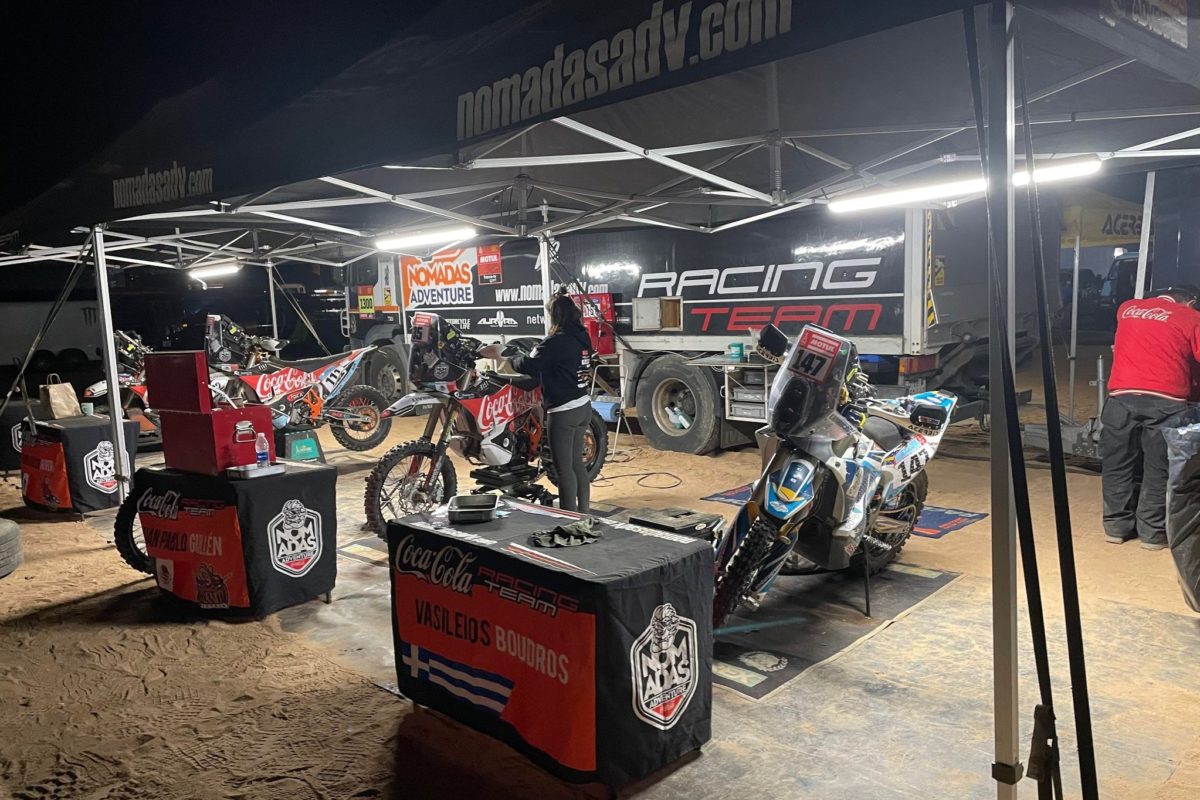 The Nomadas Adventure set-up at the bivouac

Today’s stage was from Riyadh to Al Dawadimi, a total of 710km with 401km of special stage. The Nomadas Adventure Coca-Cola team is down to two riders; Pablo Guillen (#35 KTM) and Greek rider Vasileios Boudros (#147 Husqvarna).

It was an early start with both riders leaving the bivouac just before 6am for the 210km morning liaison. Then we packed up and began the long journey to Al Dawadimi.

We have our Nomadas Adventure Coca-Cola Racing truck and another Mercedes Sprinter that travel between the bivouacs. The Mercedes had some mechanical issues in Riyadh and our trip in it today turned into an adventure itself.

The first 75km took us almost four hours with the van constantly stopping, and finding mechanical help in Saudi is not easy. Whilst we were stopped on the side of the road a young Saudi guy in a very expensive car stopped to assist us. We got the van going and he told us to follow him to a workshop he had.

We spent the next four hours at the Nofa Wildlife Safari park and Resort, a massive, unimaginable oasis in the middle of the dunes and perhaps the most luxurious resort I have seen anywhere in the world! 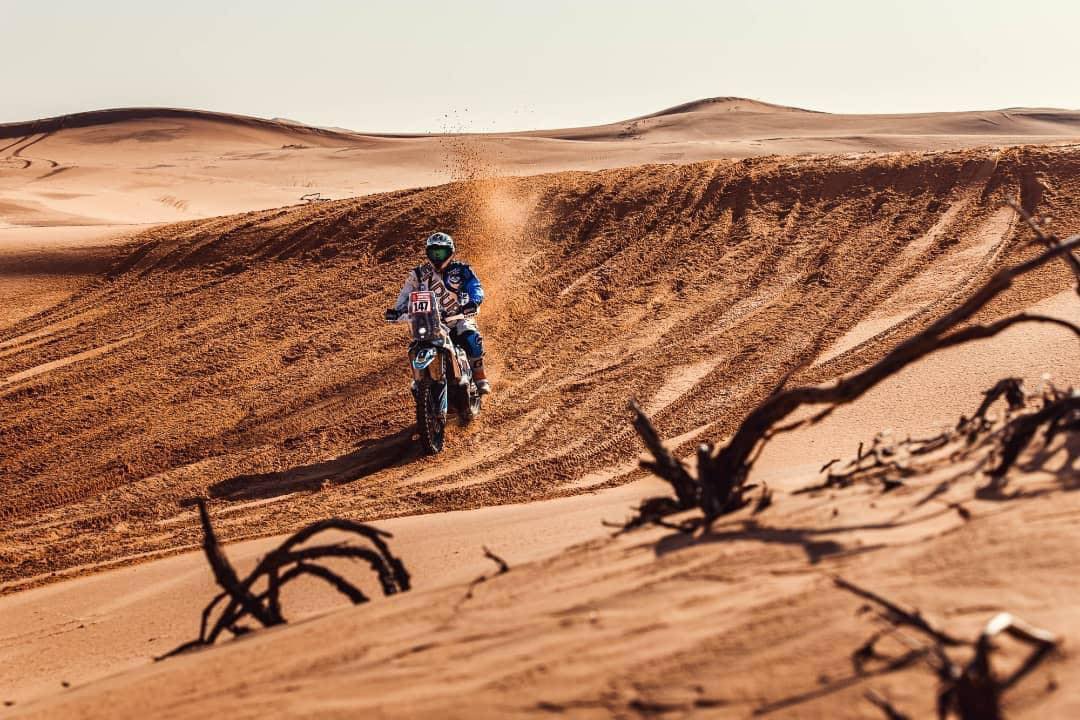 While the van was being repaired, we were given a tour of the resort and dined in the Italian restaurant.

When the van was fixed, it was back to the real world, and a drive to the bivouac in the dark. The ride in the van was very uncomfortable for me with my ribs and I’m not looking forward to our 800km road trip tomorrow.

Pablo and Vasileios were both very tired as the day was long and the stage was hard. There weren’t many dunes today, but plenty of rocks, stones and rutted sandy tracks. Pablo lost his rear exhaust for the last 100km, which made the bike obnoxiously loud.

It was a good day for both our riders with Vasileios finishing in 48th position and Pablo in 73rd.