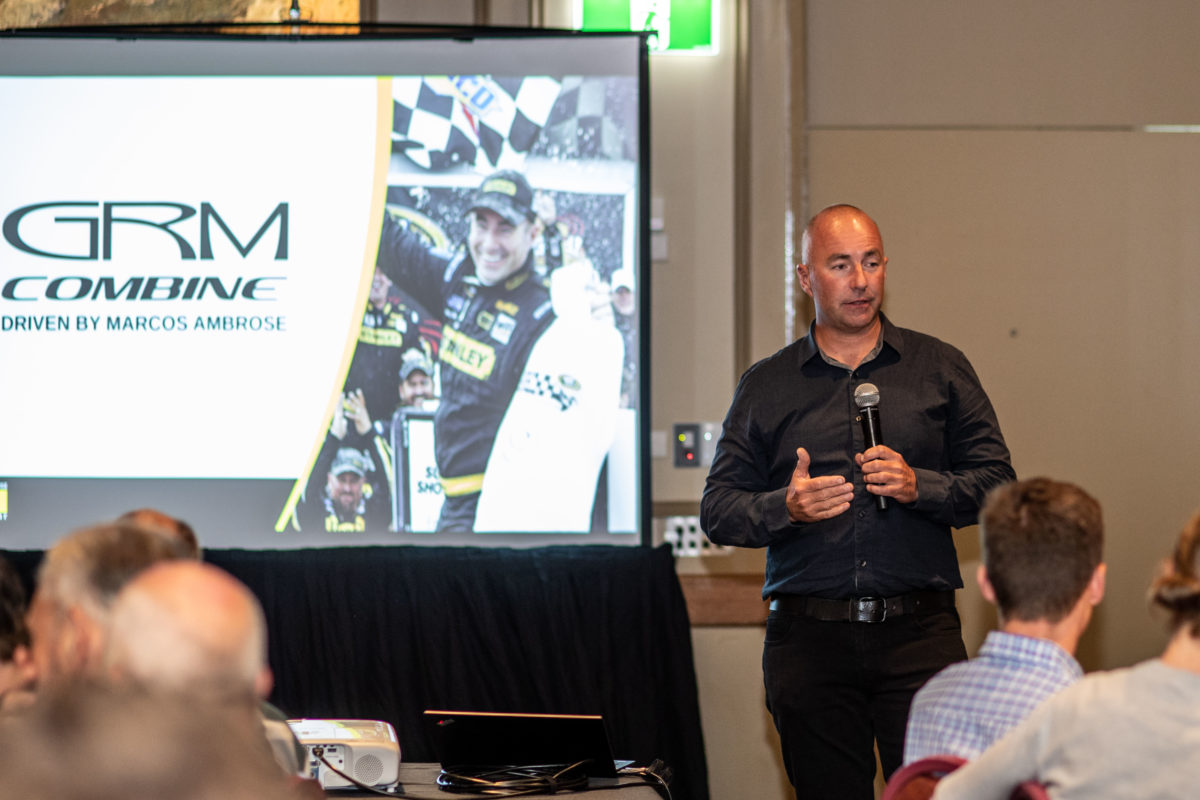 The six young drivers who will partake in the inaugural GRM Combine – Driven by Marcos Ambrose have been announced.

The evaluation programme is an idea Ambrose has taken from his time racing in NASCAR in the United States, and will be held over five days at Tasmania’s Symmons Plains and Baskerville circuits.

Those taking part will drive a variety of race cars which Garry Rogers Motorsport fields across several categories, including the Supercheap Auto TCR Australia Series.

The six drivers receiving tuition come from a variety of competitions themselves.

The six drivers at the welcome function, flanked by GRM director Barry Rogers and Ambrose

On the somewhat more experienced end of the scale, Trans Am runner-up Edan Thornburrow and leading Aussie Racing Cars driver Kody Garland are looking to build on their skills.

“It’s exciting to have the first GRM Combine up and running, on two great circuits in Tasmania with six young drivers all keen to test themselves in a range of machinery and against the benchmark of GRM’s pro drivers,” said Ambrose.

“The GRM team is in Tasmania all week to really get involved in giving our Combine participants a thorough learning experience.”