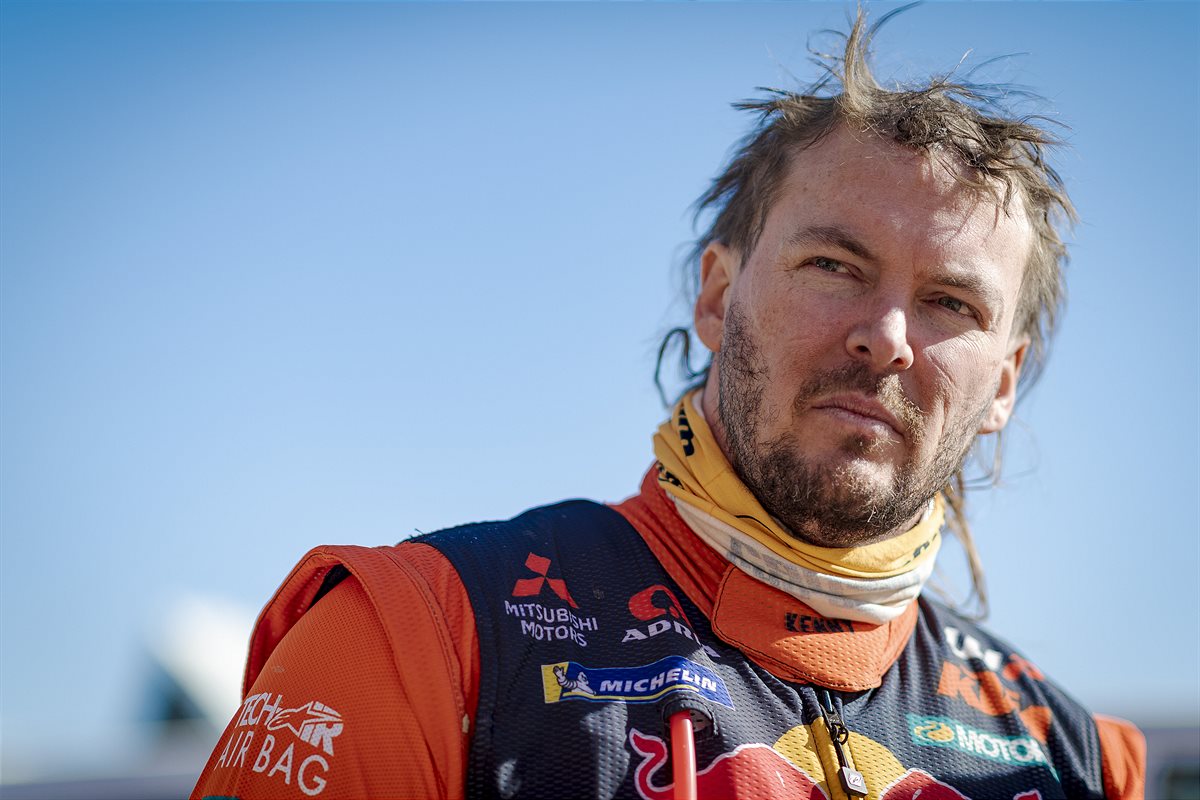 Toby Price says he took a cautious approach to Stage 7 of the Dakar Rally, one of the more challenging ones with respect to navigation.

The Red Bull KTM rider crept up to 11th overall and is now 29:29s off the pace, almost 10 minutes closer than he had been on the rest day.

He was fastest to the first two waypoints of the latest, 402km special, between Riyadh and Al Dawadimi, but ultimately finished ninth on the day.

“Not a bad stage for me today,” said Price.

“There was one really tricky bit of navigation in the middle there, so I took my time through that section to make sure I got through OK.

“I’m here safe in one piece, so can’t complain at all.

“On the whole, it’s been a really good day today, so we’ll focus on tomorrow now and hopefully more of the same.”

Red Bull KTM riders are now also second and third in the rally, those being Matthias Walkner and Kevin Benavides respectively.

On the Tech3 KTM entry, Danilo Petrucci was 30th on Stage 7, struggling after a heavy fall on Stage 6.