Sanders: ‘I’m the fastest guy out there right now’

Sanders: ‘I’m the fastest guy out there right now’ 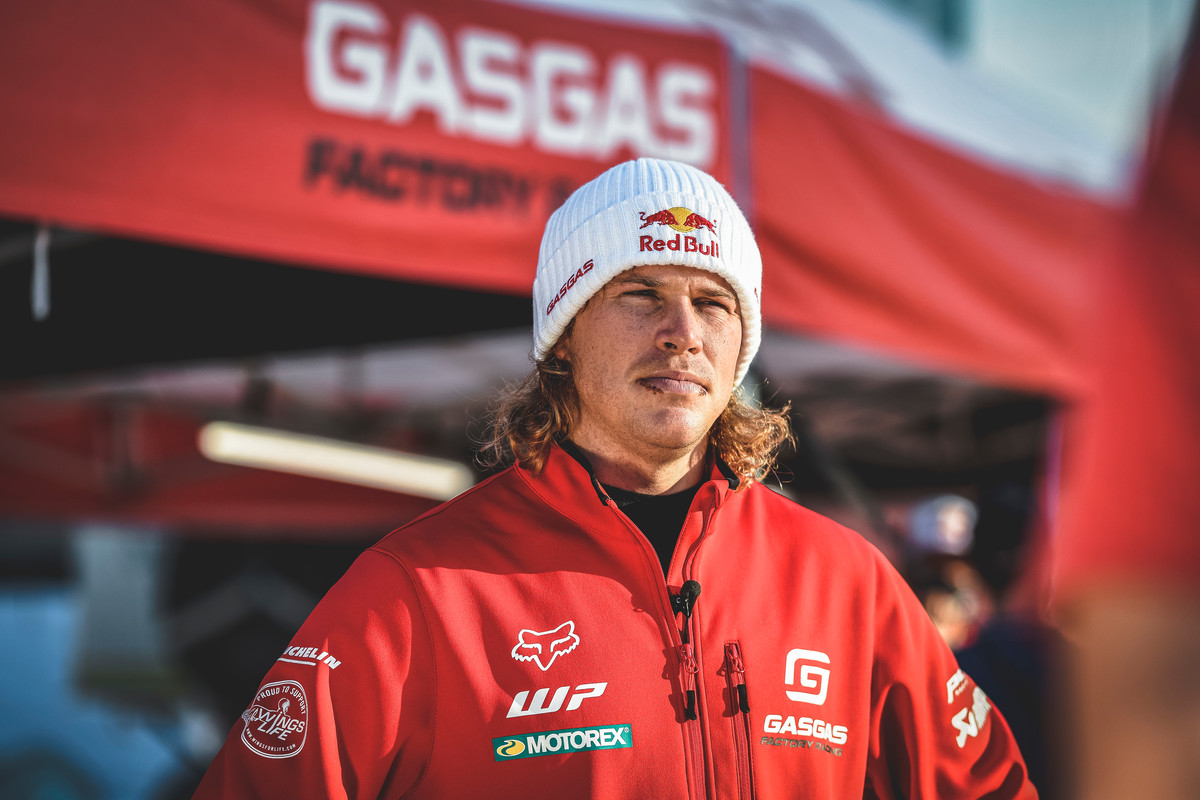 GasGas Factory Racing’s Daniel Sanders believes he is the fastest rider in the field ahead of the second week of the Dakar Rally.

At the rest day at just his second Dakar, the Australian is currently third overall, 5:35s behind pace-setting team-mate Sam Sunderland.

Sanders has won three stages so far if the prologue, known as ‘Stage 1A’, is counted, having prevailed on the latest special, around Riyadh.

That sixth stage was cut more than 300km short when organisers deemed it “impassable” due to damage caused by the cars and trucks on the day prior, and overnight rain.

Sanders was riled up not only by the decision itself, which deprived him a chance to make up even more time, but also because rivals had “complained and complained” in a bid to get the call made.

Whereas even a number of Dakar champions thought the route too dangerous, the Victorian said he found it “pretty easy and basic”.

He is also confident in his speed, and his ability to handle the challenge which lays ahead in the final six stages.

“I know I’m the fastest guy out there right now, so it’s really good to know this going into the last week, coming into this rocky terrain,” he declared at the conclusion of Stage 6.

“I know the riders are struggling in here and this is where my bike is the best, so I’m really looking forward to the next week.”

While Sanders has not long burst onto the Dakar scene, finishing as the highest rookie last year in fourth overall, he is an Australian Off Road Champion and an outright winner in the International Six Days Enduro.

The 27-year-old says that experience means he is well-placed for the run home in Dakar 2022.

“The enduro background and developing this bike over the last year has really helped me in riding and in how comfortable I am,” he added.

“I’ve worked hard for it and now it’s time to show the others that the hard work is paying off.”

As the Stage 6 winner, Sanders will lead the field out for Stage 7, which runs from Riyadh to Al Dawadimi, this afternoon (AEDT).