Sanders crashes out of Dakar

Sanders crashes out of Dakar 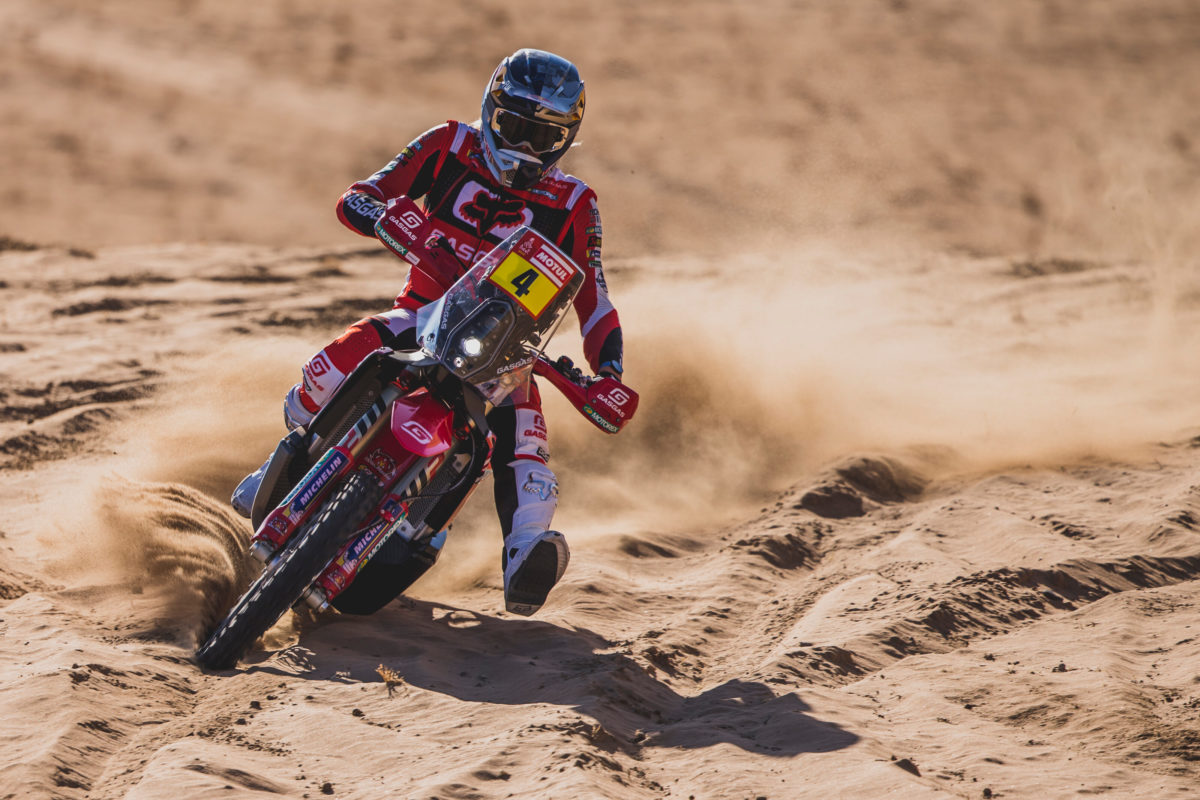 Australian Daniel Sanders has crashed out of the Dakar Rally, before even taking the start proper of Stage 7.

The GasGas rider was supposed to open the road having won Stage 6 but, according to event tracking, crashed in the liaison.

“The first reports are reassuring and speak of an injured left arm,” read an update on tracking.

“He received immediate assistance and has been taken to hospital.”

Sanders had been third overall at just 5:35s off the lead, held by GasGas team-mate Sam Sunderland, after also winning Stages 1A and 1B.

His exit leaves Red Bull KTM’s Toby Price as last Australian left in the Bikes field after Andrew Houlihan was ruled out with broken ribs.

Price, who started the day 12th overall, was quickest to the first waypoint, 42km into the stage, and also quickest of those to have thus far reached the second waypoint, another 35km into the special.

Compatriot Molly Taylor is also still in the contest in SSV, for which the road opener is set to head off at 19:50 AEDT.