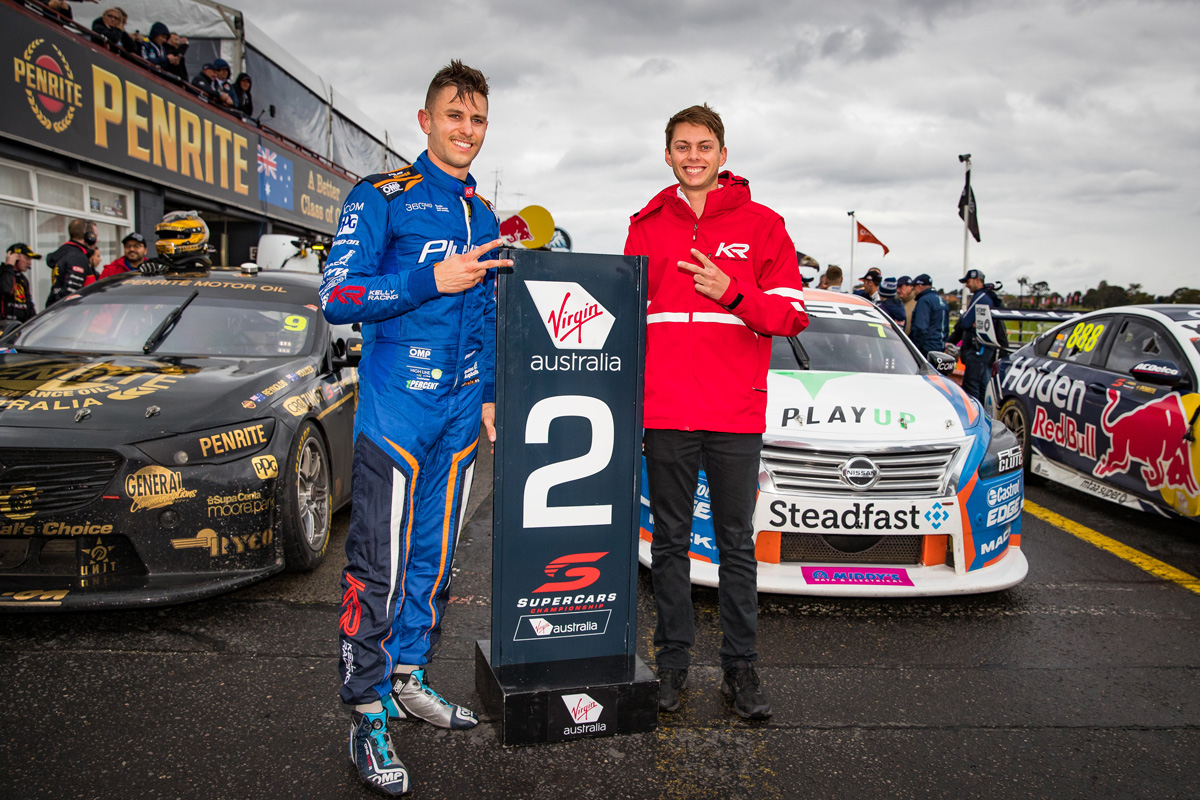 As far as having a harmonious team-mate relationship goes, Brad Jones Racing should be particularly well placed for the 2022 Repco Supercars Championship.

With both seats in its lead garage opening up as Walkinshaw Andretti United swooped on Nick Percat and Todd Hazelwood scrapped his way to a Matt Stone Racing reunion, BJR opted to bring Andre Heimgartner and Bryce Fullwood into its ranks.

Whether or not by design, Heimgartner and Fullwood are close mates who have previously lived together – not to mention co-driving together in 2019 at Kelly Racing.

Fullwood enjoyed a positive two-year combination with Chaz Mostert at WAU, and is now perhaps even more so looking forward to working with his new stablemate.

“That has worked out really well because Andre and I have got a pretty good relationship to start with, so we can really hit the ground running there,” the 2019 Dunlop Super2 Series winner told Speedcafe.com.

“We do a lot of training together anyway. We use the same trainer, Josh Webb.

“In ’19 when I co-drove with Andre, what he felt was good, I felt was good and we both just went fast. It was really easy actually, it was quite straightforward.

“And Andre is a hard worker, he’s not the guy who has done it the easy way – he has worked really hard and he is very serious and passionate about his racing and I think that will be really good for everybody involved to have him there.

“We get on really well and I think we will be able to push each other.

“And having lived together in the past and stuff like that, it’s just good to be able to roll into new beginnings and already feel like… it’s almost like you’re taking a relationship there.

Fullwood has already signalled his intentions to spend several months in Albury acclimatising to the BJR way of life before settling on the Gold Coast.

Heimgartner meanwhile comes in as the new spearhead, looking to replicate what Percat was able to achieve in recent seasons. Percat finished seventh in both the 2020 and 2021 standings, managing two pole positions, two wins and a further three podiums in that period alone.

Heimgartner became a Supercars Championship race winner last year and hopes there’s more to come, especially with himself and Fullwood pushing one another.

“It’s exciting. I think it’s something that when you join a team or you’re in a team, who your team-mate is, is very important,” the Kiwi told Speedcafe.com.

“You need to work as a team and work as one and not against each other and have a good relationship.

“So the fact that he is there obviously is a big plus for me and I just look forward to working with him. We work well together and obviously know each other quite well.

“I think it will be a relationship that will work well.”

Macauley Jones and Jack Smith will both return to round out the four-car BJR fleet, for what will be their fourth and third full-time campaigns respectively.